When the Pope questioned whether people like Donald Trump who build walls are actually Christian, the candidate snapped back that no one gets to question his religion. Not even the world’s most revered religious leader. In such a moment, author David Dark says, religious people would do well to note that “we’re in the presence of a catastrophically unexamined concept.”

In Life’s Too Short to Pretend You’re Not Religious, Dark argues that the word “religion” gets a bad rap these days. But we shouldn’t just stop using it. He writes, “If what we believe is what we see is what we do is who we are, there’s no getting away from religion.” Religion, in his view, is the way one views and understands the world. So all of us–even atheists and the infamous “nones”–are religious whether or not we know it. Here, Dark and I discuss how he defines religion and why it matters for all of us.

RNS: You say everyone is religious on some level. Explain what you mean.

DD: I mean everyone’s devoted in one way or another. We’re each and all guided and misguided by particular ideas about the way the world works. I’m not urging anyone to start identifying as religious. That would be as useless and redundant as calling ourselves cultural or socially-driven or in the grip of language. But what I do argue is that we do ourselves and others harm when we speak of religion as if it’s always a problem others—the unwashed masses—have. It’s an adjective we use meanly, and therefore badly, when we only level it at other people.

RNS: What about the millennial who says they are merely “spiritual.” They never go to church, but they connect with God during yoga or in spiritual conversations. How is this person religious?

DD: I completely get the desire to dissociate when it comes to brainwashing and death-dealing visions of the world. But we need not disavow the fact of our own bodies, our patterns, rituals, and buying habits. Phyllis Tickle once observed that saying “I’m spiritual but not religious” is like saying “I’m human but I’m not flesh and bone.” Why not own the fact of our loves and liturgies? I say we hold it all out with open hands.

RNS: What about a staunch atheist?

DD: Recognizing the fact of our situatedness, our own entanglement in the lives of others–what King calls an inescapable network of mutuality–doesn’t require a statement of faith. In my undergraduate religion courses, I’m often faced with the difficulty of discussing religion with thoughtful folks who’ve been trained to view it as something that only applies to other, less thoughtful people. I assert early on that we all have weird religious backgrounds. As their eyes narrow unapprovingly, I observe that many of us were probably raised capitalist for instance. For at least a few, a light goes on. Religion isn’t simply about who does or doesn’t believe in God or an afterlife. Religion is the question of what we do with ourselves and others. Your religion is your witness. It is the shape your loves and hates take.

RNS: Why is the word “religious” so negative in our culture?

DD: “Religion” is such an easy catch-all for craziness, an easy word to place the blame upon, a way to isolate the chaos with a concept. Was the gunman seen at a church or a mosque? Aha! Religion played a role. As I see it, that’s like saying culture made an appearance or language was involved, a way of assigning blame without thinking hard about the longer, more complicated story. We all have family—or at least know people—who can’t change their minds and won’t change the subject, who habitually mistake the voice in their head for the voice of God. “So-and-so’s religious” can feel like one convenient way of containing them. 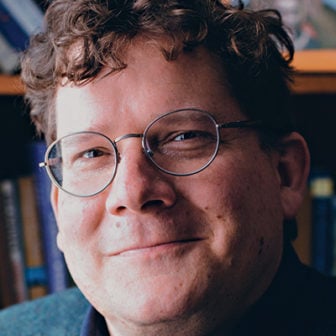 David Dark (PhD, Vanderbilt University) is author of “Life’s Too Short to Pretend You’re Not Religious”

RNS: Why do you think the judgment directed toward the word “religious” is problematic?

DD: Because we’re forcibly ignoring the complexity—and even the beauty–of a person whenever we think we’ve gotten to the bottom of who they are with an adjective. It can also be a weird disavowal of our own complicity in dangerous mythologies. If a suicide bombing is always religiously motivated, but a drone strike is simply the rational action required by an enlightened self-defense, we’re letting ourselves off the ethical hook in a cosmically costly and alarmingly uncool move. Policy is liturgy writ large.

RNS: In the opening of your book you say that religion is both “violence backed by divinity” and “peace back by divinity.” Help readers make sense of these two seemingly disparate ideas.

DD: The opening is my invitation to the reader to buck the always-oversimlifying logic of headlines, sound bytes, and news cycles by letting religion mean more than one thing. I’m trying to champion nuance, an up-hill battle, by arguing for a distinction between good religion and bad religion, false religion and true religion. We all drink the Kool-Aid in one way or another, but discerning between the stories, songs, images, and actions (liturgies all) that lift life and living and those that degrade and destroy is a work that’s never done. Bad religion breaks the world. Good religion mends, heals, and lends coherence.

DD: I’m a fan of every form of group thoughtfulness, and I’ve never met a Bible study I didn’t like. That said, institutions whose primary end is self-legitimation and damage control are a threat to the very community they allegedly exist to foster. That might be one way of characterizing the process whereby good religion (that which serves human thriving) decomposes into bad religion (that which defends itself against human thriving).