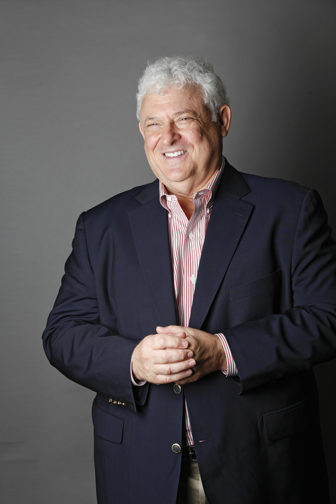 • The Zika virus is winging around the globe.
• Battles over contraception and abortion roil politicians.
• New developments in gene editing might alter the human future.
• California has legalized physician-assisted dying.

Caplan is often asked to comment on such moral quandaries. He leads the Division of Bioethics at New York University Langone Medical Center and heads the ethics program at the Global Institute for Public Health at NYU.

Here are six questions for Caplan. The interview has been edited for length and clarity.

Q: You helped lead hundreds of health experts calling for the Rio de Janeiro Olympics to be postponed or moved. Brazil is besieged by the Zika virus, which can trigger life-threatening birth defects. But the games are still on track for August. Now what?

A: I would not cancel the games at this point and I doubt they’ll be moved. Now, everyone — athletes, coaches, media and fans — needs true informed consent. Do people really know their risks, how to protect themselves and everyone around them? Do they know what to do and not do when they go home?

This is not simple, because we don’t know a great deal about the virus, which can be sexually transmitted. How long does Zika linger in the body? Four weeks? Six weeks? Eight weeks? No one really knows.

We must have a public health ethic aimed at protecting the community, not only individuals, which is the focus of a lot of prevention talk right now.

Q. Response to Zika in many nations is entangled in religious and political attitudes toward contraception and abortion. How should we face this challenge?

A: Contraception should be available everywhere. To make this happen, the World Health Organization would have to insist that all doctors be willing to prescribe all forms of contraception, including the morning-after pill, regardless of local laws or customs, to anyone going to Rio or Brazil.

The WHO should stand for health, not for (religious doctrines), so I don’t mind them clashing with churches and religious leaders.

The pope could go a long way to show leadership on this. He could say the games can go on but “We don’t want you to do anything that could wind up with a pregnancy.” Everyone knows he means abstinence but he also could be saying, subtly, “Use those condoms.” He’s sophisticated enough to deliver a message that would make this point.

Q: You criticized Congress for failing to fund Zika prevention after Republicans added provisions to the bill such as cuts in funds to Planned Parenthood for family planning.

A: That is completely, ethically cockamamie. You can’t take away contraceptive funding and say you care about preventing Zika. You just can’t.

Some people would say it is always immoral to abort a pregnancy. But, for me, a fetus or an embryo or a sperm does not have full moral status. The prospect of a massive birth defect is an ethical reason to end a pregnancy.

With Zika, we’re not talking about disabilities such as Down syndrome or spina bifida. Zika’s neurological damage leaves a baby completely dysfunctional. It is close to being born with most of your brain missing. Most people around the world overwhelmingly understand and support an abortion in that circumstance.

Q: Can altering genes ultimately be controlled? Could we block the advent of “designer babies”?

A: We are all worried about the future of humanity. The larger questions are not just about humans but how gene-editing technology will be used on plants, insects and animals. It’s in those areas where you learn how to safely alter things. And there may be good choices for gene editing. What about using it to get rid of pests that are killing plants or citrus crops or to wipe out mosquitos that cause malaria?

The potential for “designer babies” is still 20 years out but (the fight) over the ethics of trying is coming. Gene editing and synthetic genomics are scientifically easy to do. They are powerful techniques and somewhere someone will (employ them) in human genes.

It’s just a question of when and where, not if. There are too many benefits, so somewhere in the world this will happen.

Q: Internet billionaire Sean Parker is funding a cancer study. Should it be up to very wealthy people to pick diseases and conditions that get research funding?

A: .Until we have broader public funding directed by scientists, you will only see new research and development in the areas that interest wealthy people or promise profits to the pharmaceutical industry. Remember, we, the public, as stockholders want it this way. Many of us are in the market with investments or retirement funds. And — no surprise — you get what you create with funding.

Q. We also change the health landscape with new laws. California is the latest state to make it legal for a physician to prescribe a lethal drug dose for someone who is terminally ill. Is the U.S. on the slippery slope to euthanasia, directly killing people, as we see in parts of Europe?

A: No. No one in the United States is going to allow killing psychiatric patients or telling grandma, “You cost a lot. Take these pills or else … ”

I initially opposed physician-assisted dying but I changed my mind. We have had 20 years of this now, starting with Oregon and then Washington, and the checks and balances in these laws work well. If it can work in California without abuses for three or four years, you’ll see expansion to more states.”

In Belgium, the trigger for being allowed to obtain aid in dying is “suffering,” not terminal illness as the rule is in the U.S.

“Suffering” is a huge category. It can include people who are mentally ill. It can include children. I don’t see that coming to the U.S. and I am absolutely not going to support end-of-life measures for “suffering.” I think we can — and must — hold the line.