“We have 18 hospital beds, and on any given day we may have an Orthodox Jew next to a devout Muslim next to a Catholic next to a Druze next to a Russian Orthodox patient,” said Levy, head nurse of the oncology/hematology ward at Hadassah Medical Center-Ein Kerem. “And many of our staff are religiously observant.”

During the Muslim holy month of Ramadan that began on June 7, Levy asks Jewish nurses to work evening shifts whenever possible to allow Muslim nurses to break their fasts at home. Non-Jewish nurses reciprocate by working on Jewish holidays.

While many may think Israel is a land of conflict, the hospital is but one example of inter-religious harmony, a pocket of peaceful co-existence.

And though juggling so many holidays as well as the Muslim, Jewish and Christian Sabbaths (Friday, Saturday and Sunday respectively) can be a logistical nightmare, Levy prefers to view it as an exercise in empathy.

“There is an unwritten rule at Hadassah that if we can accommodate the needs of people of every faith, we will,” he said.

Rula Badarna, a Muslim nurse on the ward, agreed. “We have great cooperation in this department. We all know each other and respect each other.”

Despite their conflicting political and religious narratives, Israelis of different faiths make a special effort to help others celebrate their holy days, said Eliyahu McLean, an Orthodox Jewish co-coordinator for the Abrahamic Reunion, an inter-religious peace-building organization.

“Few other countries are as accommodating as Israel when it comes to religious observance,” McLean said, referring to both the government and private sectors.

“Perhaps that’s because Jews, who are the majority in Israel, often struggled to observe their traditions when they were a minority” in other counties, he said.

Jews comprise about 75 percent of Israel’s population; Muslims 17 percent, Christians 2 percent and Druze — a religion native to the Middle East that combines a number of  traditions — nearly 2 percent. The remaining 4 percent represent tiny minorities or have no official religion.

These formal and informal accommodations and acts of kindness come in various shapes and sizes: Christian Arab schools, which serve large numbers of Muslim students, exempt Muslims from outdoor activities during Ramadan, while the overwhelmingly Jewish municipality of Jerusalem distributes free Christmas trees to Christian residents.

But that doesn’t mean Israel’s Jewish-majority society is always attuned to other communities’ needs, said Thabet Abu Rass, co-director of the Abraham Fund Initiatives, an NGO that works toward equality for Israeli Arabs.

Thabet, who is Muslim, said several Israeli universities “have traditionally failed to take Ramadan into consideration for final exams and graduation ceremonies.” It was only after his organization alerted schools to the issue that Tel Aviv University decided to start this year’s graduation ceremony an hour later, to accommodate fasting Muslims.

Haifa University, located in a mixed Jewish-Arab city in northern Israel, has added a handful of Christian, Muslim and Druze holidays to its official calendar, and gives fasting students additional time on exams, but will not change its graduation schedule due to Ramadan, said Ilan Yavelberg, a university spokesman.

One of the venues known for its cultural sensitivity is United Hatzalah, a national emergency medical response organization where Jewish and Muslim coworkers make a point of not eating in front of one another on their respective fast days, according to Amnon Abadi, Hatzalah’s operational communications manager. 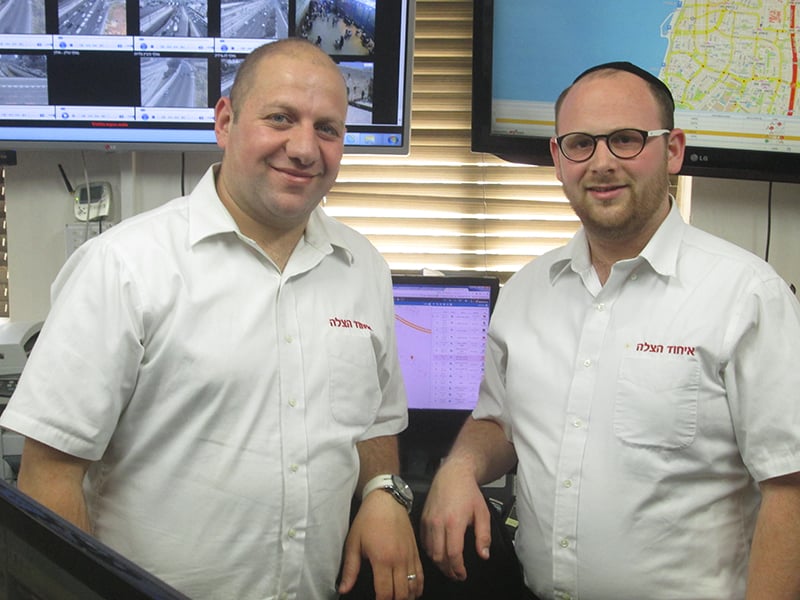 “We’ve been working together for years, so cooperating like this is natural,” said Ramzi Battash, a Muslim United Hatzalah dispatcher, in the crowded control room. “We go to each other’s weddings. When we save a life we don’t ask who is Jewish or who is Arab. We are all people.”

Orit Cohen, an Orthodox Jewish nurse at Hadassah, said respect goes far beyond holiday observance. “You need to understand cultural differences. People deal with death and mourning in very different ways. Bottom line, though, everyone is a human being.”

On Hadassah’s bone marrow transplant ward, Yevgeni Frank Kamenetsky, the head nurse, said staffers and patients are well aware of every terror attack or military action in the news. But they make a conscious effort to keep “whatever happens outside to stay outside.”

“People have opinions. We’re leftists, rightists, Muslims, Christians, Jews. But we make it work, even after work. We socialize. We go to the movies together, picnic together.” 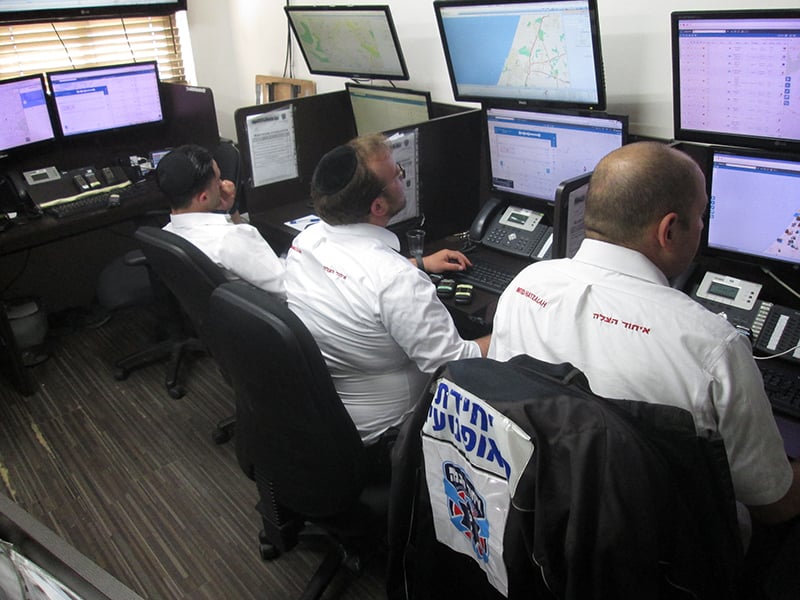 Arabs and Jews work side by side in the control center of United Hatzalah, a national emergency medical services organization. RNS photo by Michele Chabin

For Ahmad Shiber, a bone marrow transplant nurse who calls himself a “lapsed Muslim,” it’s all about kindness.

He has happily taken on the role of “Shabbos goy” for Orthodox Jewish patients whose religious beliefs prohibit them from turning lights or appliances on or off during the Sabbath and holidays. And he writes prescriptions on behalf of Jewish staffers who do not want to violate Sabbath laws that prohibit writing.

“Our department is the last resort for patients. Many will not survive,” Shiber said.

“We understand how fragile life is. Beyond all this political stuff our patients want to live to see their children get married or have a grandchild. We bleed the same blood. We cry the same tears.”