VATICAN CITY (RNS) Following through on a pledge he made to a group of nuns last May, Pope Francis has established a special commission to study whether the Catholic Church should take the historic step of ordaining women as deacons.

The Vatican announced Tuesday (Aug. 2) that the pontiff appointed seven men and six women to the panel, a move that quickly reignited the simmering debate about the role of women in the church. 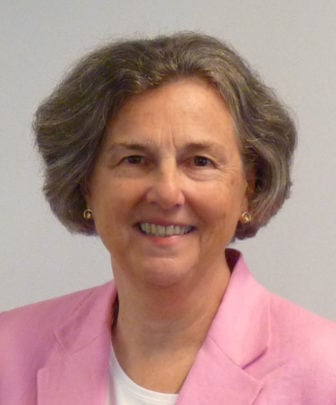 American Phyllis Zagano, an acclaimed Catholic scholar who teaches at Hofstra University on Long Island and has championed the cause of women’s ordination as deacons. Photo courtesy of Phyllis Zagano

The members of the panel include American Phyllis Zagano, an acclaimed Catholic scholar who teaches at Hofstra University on Long Island and has championed the cause of women’s ordination as deacons.

Another woman on the panel, Italian Sister Mary Melone of the Franciscan Sisters of Blessed Angelina and rector of Rome’s Pontifical University Antonianum, has been a champion of the role of women in the church, the Catholic news site Crux reported.

Crux said Melone has rejected the argument popular with many traditionalists that ordaining women as deacons would lead down a slippery slope to a female priesthood.

The new panel will be headed by a Spanish Jesuit, Archbishop Luis Francisco Ladaria Ferrer, currently second-in-command at the Vatican’s Congregation for the Doctrine of the Faith, which serves as a guardian of orthodoxy.

“After intense prayer and mature reflection, Pope Francis has decided to institute the commission for the study of the diaconate of women,” the Vatican said in a statement.

In addition to Zagano, the panel includes a second American, the Rev. Robert Dodaro, president of the Augustinianum University in Rome, a priest widely viewed as a conservative.

Dodaro last year edited a book, “Remaining in the Truth of Christ,” which featured essays by five conservative cardinals who sought to push back against moves by the church — and by Francis — to adopt a more pastoral and conciliatory approach to divorcees, among other issues.

Francis first remarked in May that he was willing to consider a commission to study whether women should be deacons. The new panel will also examine the historical role of women in the early years of Christianity.

“There were women ordained as deacons in the early church. That is a historical fact,” Zagano wrote in a column for National Catholic Reporter in May.

“What they did, where they did it, and how they became deacons are all well-studied. The facts of history cannot be changed.”

Deacons are ordained ministers who can preach or preside over weddings and funerals but cannot celebrate Mass.

As recounted in the New Testament, the role of the deacon was created by the Apostles so that they could deploy ministers specifically dedicated to doing charitable works and thus free themselves to focus on preaching.

In the Catholic tradition, the role of deacon was eventually subsumed into the priesthood and hierarchy, until the Second Vatican Council of the 1960s revived the diaconate as an ordained order open to “mature” men over 35, who can be married.

But many say that order should include women — who have never been ordained at any level in the Catholic Church — because women deacons are mentioned in early church sources. They also say ordaining women as deacons would not necessarily lead to overturning the ban on women priests.

The question has been the subject of previous study by Rome: a theological commission that advises the Vatican in 2002 published a report on women deacons but it drew no firm conclusions on whether they could be ordained or not.

It’s not clear whether anything will come of this new papal commission on deaconesses, or whether Francis would support an opening.

He has called for creativity in ministry but he has also warned against “clericalizing” women and lay people by proposing ordination of some sort as the answer for every problem.

And speaking to reporters in June, Francis bristled at the coverage of his pledge to create a commission, saying he had not made any decisions yet.

“We had heard that in the first centuries there were deaconesses,” Francis said. “One could study this and one could make a commission. Nothing more has been requested.”

Supporters say that women are poorly represented within the church and that appointing female deacons will give women the kind of influence in decision-making that they deserve.

“The commission to study the diaconate for women is an important step for the Vatican in recognizing its own history of honoring women’s leadership,” said the Women’s Ordination Conference in response to Tuesday’s news.

The WOC, which actively works for women’s ordination as priests and bishops, said it hopes the commission will create a “new reality” for women in the church, “one that models equality and inclusion.”

“Only when women are equally included in all ordination rites — as deacons, priests and bishops — and at all church decision-making tables, can we begin to restore our Gospel values of equality and justice.”

FutureChurch, an Ohio-based organization that has campaigned for female deacons for more than a decade, also welcomed the move.

“The establishment of this commission sets the Catholic Church on a new path for creating greater equality for women in the church,” said Russ Petrus, program director for FutureChurch. “This is a historic moment.”

The Rev. James Martin, author and editor-at-large of America magazine, described the decision as “amazing” and tweeted that the ordination of women “was an historical reality that must be fully recovered.”

“Some scoffed when Francis mentioned it,” Martin wrote. “The significance of the possibility of women deacons cannot be underestimated. An ordained ministry for women in the Catholic Church.”

The pope has talked about seeking a broader role for women in the church and in May told senior members of women’s religious orders he was willing to consider female deacons: “It would be useful for the church to clarify this question. I agree.” 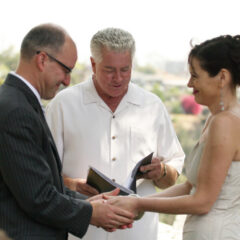 News
So you’ve been asked to officiate a wedding? Five pieces of advice from the pros