(RNS) The Vatican has confirmed that “after intense prayer and mature reflection, Pope Francis has decided to institute the Commission for the Study of the Diaconate of Women.” A deacon is a minister of the Catholic Church who is ordained as a sacramental sign of Christ, who came “to serve and not to be served.”

If women are permitted to be deacons by the church, they can baptize as well as marry and bury. They can offer homilies. These are momentous steps.

There is probably a 50/50 chance that the commission will recommend, and Pope Francis will agree to, the ordaining of women deacons in the immediate future.

For those favoring ordination, the good news is that unlike the ordaining of priests, the issue has not been decided in the Catholic tradition. Unlike the issue of the priesthood, there is no long list of papal encyclicals and church councils that would prohibit the ordaining of women deacons.

Because Francis has shown himself to be bound by his understanding of the tradition to not contradict the teachings of the faith, this is a significant signal from this pontiff that change on this issue is possible. As the pope has said many times, “I am a good son of the church,” and by this he means he is bound by the authority of its tradition.

Female deacons would be another step in an ongoing modification of some roles in liturgy. The church accepted married male deacons after the Second Vatican Council in the 1960s, a decision considered startling at the time but now almost universally accepted. Such a move to incrementally develop church structures must be both true to the tradition and fitting for — using the language of the Second Vatican Council — the “signs of the times.”

The lack of definitive authority in the written tradition against women deacons, a taking into account the “signs of the times,” and Pope Benedict’s canonical alteration all provide evidence supporting a change. But this will not be the end of the argument. The historical role of deacons may or may not be a stumbling block in deciding the issue.

One major way that the church interprets its traditions is through a “ressourcement,” a French word referring to an examination of the sources of the history of the church, specifically an assessment of how things were done with Jesus and in the early centuries of Christianity, considered by many to reflect more closely the ideals of the faith.

A solid case can be made — although it can also be vigorously contested — that there were women deacons back then. The forthcoming debate on this aspect will yield trenchant arguments and evidence for both sides of the current debate.

In addition to the contested issue of the historical role of women deacons, there is also the problem of cultural differences in a global church. Parts of the church in Africa or other areas of the world may not be ready for women deacons, and those who are doctrinally or culturally opposed to women deacons both here and abroad may opt for schism over this issue. They may leave the church; this possibility will weigh heavily on the mind of the pope.

There is perhaps a potential compromise that may smooth the way for women deacons. Francis may state that the decision is to be made by the local Catholic authorities, the bishop or archbishops in their respective dioceses. There is precedent for this approach; the option of local decision-making was used for the issue of female altar servers. 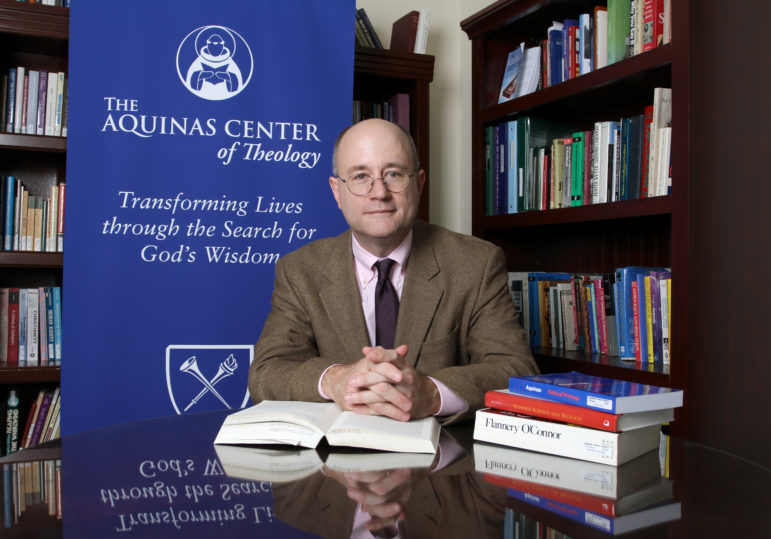 Dr. Phillip Thompson became executive director of the Aquinas Center of Theology in August 2008. The Atlanta native is a member of St. Peter Chanel Church, Roswell.

Despite the potential stumbling blocks, now would seem to be the time for a discernment considering the role of women as deacons. Women would bring fresh insights and life experiences into the ordained leadership of parishes. Since the Second Vatican Council, the Catholic Church has added male deacons and female altar servers, who have contributed a great deal to the faith; after a few initial murmurs, there are few who wish to eliminate these changes.

Pope Francis is calling for a commission as a next step in discerning wisely and carefully in alignment with Catholic tradition. But he also is asking implicitly whether the church will be bold and not afraid of returning to its roots to deepen its faith through the creation of a female diaconate. Whatever the next steps, the signs are plentiful that Francis is open to exploring change for the good of the church with an optimism much needed by the world’s faith leaders.

(Phillip M. Thompson is executive director of the Aquinas Center of Theology at Emory University)