We have Jimmy Carter to blame. After being booted out of the White House at the age of 56, he decided that rather than retire into the customary obscurity of former presidents he would become a prominent private doer of good works.

The result was the Carter Center, and besides the conventional presidential library it was part university think tank, part public health agency, part conference center, and part goodwill mission. The thing got off to a rocky start, as I discovered when I investigated it for the Atlanta Journal-Constitution in 1987. “Carter Center plagued by staff cuts, confusion over its mission,” ran the headline. 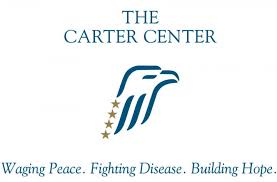 Logo of the Carter Center

“It’s a little bit the problem Jimmy Carter has had all along,” Carter’s former press secretary, Jody Powell, told me. “He’s concentrated on getting things done and not on letting people know what’s going on.”

To pay for his vast aims, Carter turned to some pretty shady characters — a Japanese wheeler dealer named Ryōichi Sasakawa and Aga Hassan Abedi, the Pakistani head of the fraudulent Bank of Credit and Commerce International. Both provided the former president with planes to fly around the world (promising the Chinese prosthetic devices here, promising African leaders to wipe out diseases there).

When the law caught up with Abedi, who had given his Center more than $8 million, Carter told the New York Times that he was “shocked and disturbed,” saying he believed Abedi’s interest was in humanitarian work.

How could anyone who supported such a mission to the world not be pure of heart?

Well. You fly into a developing country with the former president, receive his appreciative introduction to the welcoming public officials, and you’re off and running with all the business opportunities you need.

Let’s call Carter naive. Bill Clinton not so much. Does he imagine that all those folks sluicing cash into the Clinton Foundation have simply been interested in advancing the world’s health?

Not everyone who gives is a Sasakawa or an Abedi. Just being able to rub shoulders with Bill, Hill, and their friends may be all the incentive many of them need. And if you’re a little careful about who you solicit, the downside risks may be worth it.

But the risks increase when you’re married to a U.S. senator, even more when she’s a secretary of state. And Politics 101 says you arrange to shut the thing down as soon as she says she’s running for president.

Hell hath no fury like a do-gooder scorned. After my story on the Carter Center appeared, the 39th president of the United States tried to get me fired. Likewise, the Clintons have let loose their minions on critics of their Foundation.

“Somebody is going to hell” for attacking it, said good old James Carville.

What gives supporters of the Clintons the willies is the thought they would risk letting the country go to hell because they couldn’t see their way clear to doing the right thing. 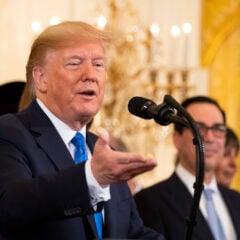 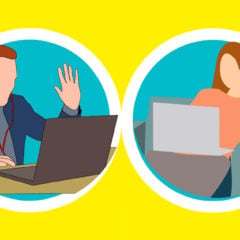