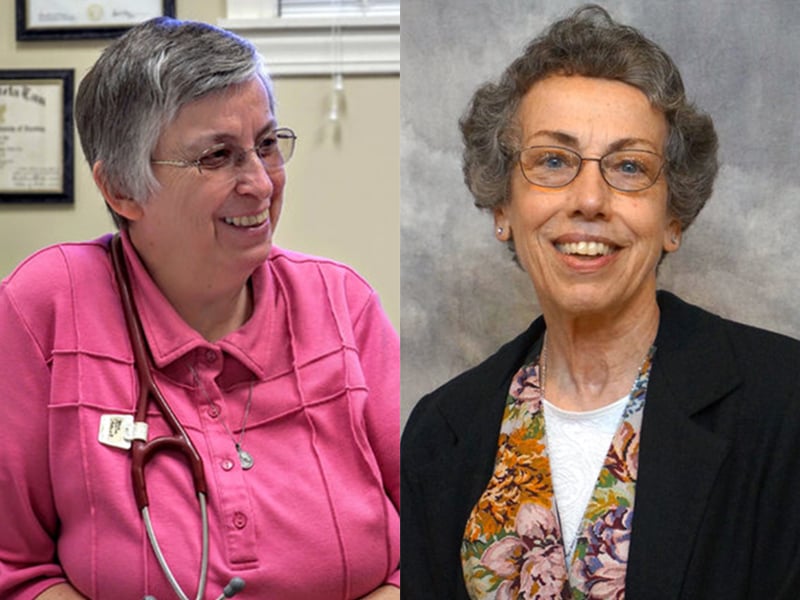 (RNS) Police are investigating the stabbing deaths of two Catholic nuns who were found dead at their home in central Mississippi.

Late Friday, authorities said a Mississippi man had been arrested. Rodney Earl Sanders, 46, faces two counts of capital murder in the death of two nuns, the Mississippi Department of Public Safety said in a statement on Friday (Aug. 26), Reuters reported.

Investigators would not speculate on a motive for the killings Thursday (Aug. 25), although reports talked about suspicions that what may have started as a robbery escalated into murder.

“They were earthly angels with hearts of pure gold," said a nurse who worked with the nuns.

The Sisters of Charity of Nazareth (SCN) confirmed the deaths of the two women, who worked as nurses at the Lexington Medical Clinic in Durant, about 60 miles northeast of Jackson.  They were identified as Sister Paula Merrill, of the SCN in Kentucky, and Sister Margaret Held, with the School Sisters of St. Francis in Milwaukee. Both were 68.

"Pray in gratitude for the precious lives of Sisters Paula and Margaret. ... They served the poor so well. Because we are gospel women, please also pray for the perpetrators," SCN President Susan Gatz said in a statement.

"I am finding it very difficult to believe," an SCN member who identified herself as "Sister Suma" wrote on the order's website Friday. "I remember being with her for two days when we visited the sisters at Mississippi. Sister Jeanine had taken us to her home and to the hospital she worked. We had a wonderful time with her and that is very fresh in my mind. She was a wonderful person. I feel very sad. May they rest in peace."

Police were called by personnel at the medical clinic after the two failed to show up on Thursday morning. Their bodies were found in a check of the house by a co-worker, police told local media.

Assistant Police Chief James Lee said there were signs of a break-in in their home, and one of the victims’ vehicles was later found undamaged about a mile away.

The SCN statement said Merrill was born in Massachusetts and moved to the South as a second-year novice with the order. "She felt a connection and a need to serve the people. She has been there ever since," it said.

The clinic the nuns worked at serves a county where 41 percent of the population lives in poverty. Approximately 40 percent of the patients are uninsured or have only Medicaid. But despite the destitution in Durant, violent crime there is rare.

The sisters helped treat thousands of patients regardless of their ability to pay, reported  The Clarion-Ledger of Jackson.

“They were earthly angels with hearts of pure gold," Rosalind McChriston-Williams, a nurse who worked with them at UMMC Holmes County, told the newspaper.

The Sisters of Charity of Nazareth, based in Nazareth, Ky., was founded in 1812. SCN describes itself as an international congregation "committed to work for justice in solidarity with oppressed peoples, especially the economically poor and women, and to care for the earth."

The description continues: "They risk their lives and resources, both personally and corporately, as they engage in diverse ministries in carrying out this mission."

The School Sisters of St. Francis community was founded in 1874 and also serves the poor. It is based in Milwaukee.

(Material from Reuters is included in this report)