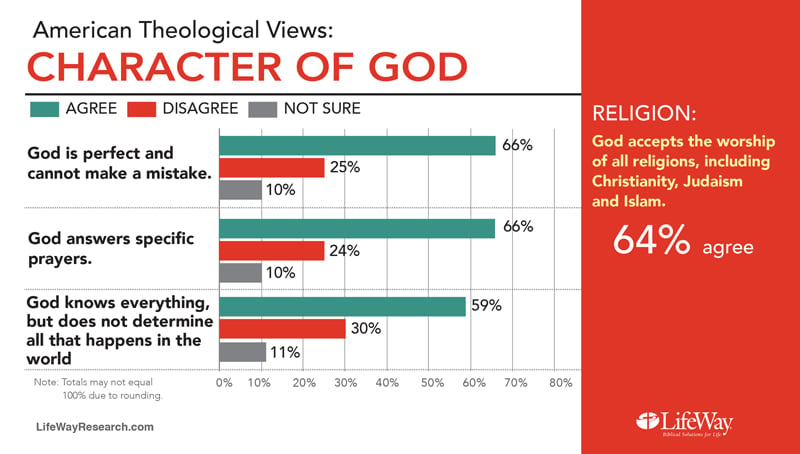 (RNS) Two-thirds of Americans believe God accepts the worship of all religions, including Christianity, Judaism and Islam.

The exception: Americans with evangelical Christian beliefs, according to LifeWay Research’s 2016 State of American Theology Study. Only 48 percent of evangelicals share the belief God accepts all worship. 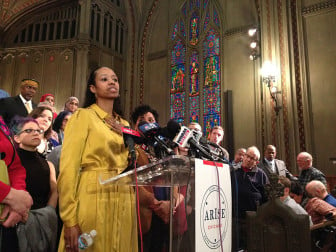 The study comes in the same year that Larycia Hawkins — Wheaton College’s first black, female professor to receive tenure — parted ways with the evangelical flagship school after she posted on Facebook that both Christians and Muslims worship the “same God.” The controversy stirred fresh debate among evangelicals about whether all religions worship the same God, and whether God accepts the worship of all religions.

That’s not the only theological question on which evangelicals part ways with the rest of America, according to the study.

And the study also suggests Americans as a whole hold seemingly incompatible beliefs: Seven in 10 Americans said there’s only one true God — expressed as the Christian Trinity: Father, Son and Holy Spirit, the survey found.

“Contradictory and incompatible beliefs are OK for most people,” LifeWay Research Executive Director Scott McConnell said in a press release about the study gauging Americans’ understanding of Christian theology. 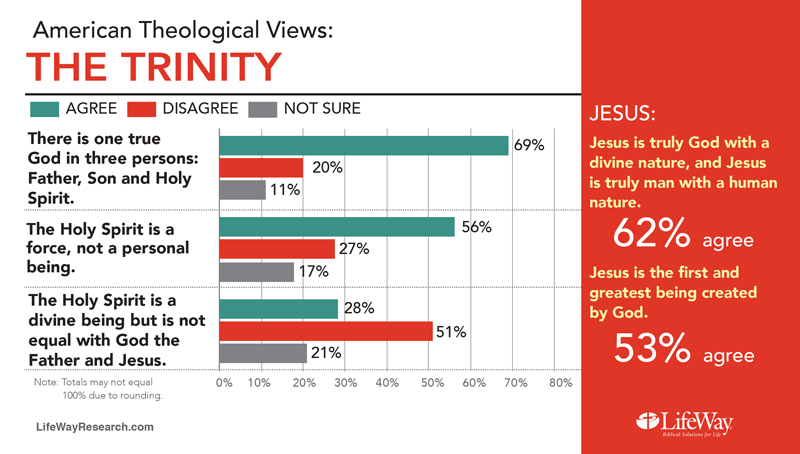 Among those beliefs, 6 in 10 Americans said “heaven is a place where all people will ultimately be reunited with their loved ones.” But on a separate question, 54 percent of Americans said “only those who trust in Jesus Christ alone as their Savior receive God’s free gift of eternal salvation.”

And nearly two-thirds of Americans said Jesus is God, it said. But then, more than half said Jesus was a creature created by God.

Other notable beliefs shared by Americans:

The 2016 State of American Theology Study asked 47 questions on prayer, the Bible and heaven and hell.

LifeWay Research, a Nashville-based, evangelical research firm, conducted the online survey of 3,000 Americans from April 14-20. The survey has a margin of error of plus or minus 2 percentage points, though margins of error are higher in subgroups.

It was sponsored by Orlando-based Ligonier Ministries, an international Christian discipleship organization founded by R.C. Sproul.