It’s not a pickup line. At least, it wasn’t at the pre-conference portion of an event called “Why Christian?,” which was back this past week for its second year at Fourth Presbyterian Church in Chicago.

No, this inquiry is actually just a standard part of the Enneagram, an ancient personality typing system that recently has exploded in popularity in Christian circles. Ian Morgan Cron, co-author of “The Road Back to You: An Enneagram Journey to Self-Discovery” with Suzanne Stabile, speaks Sept. 29, 2016, at the Enneagram Conference, the pre-conference to the Why Christian? Conference in Chicago. RNS photo by Emily McFarlan Miller

But it may not be as modern as it sounds, or as alien to the faith as some might fear.

In fact, some trace the Enneagram to a fourth-century Christian monk and ascetic named Evagrius, whose teaching later influenced the formation of the seven deadly sins, according to Cron and Stabile.

Others detect elements of the Enneagram within Sufism and Judaism.

The Enneagram came to the United States in the 1970s, where it initially caught on among Catholic seminarians and priests and became a tool for spiritual formation.

In its present form, the Enneagram includes nine personality types, or numbers, illustrated by a nine-pointed geometric figure. (The term Enneagram comes from the Greek words meaning “nine” and “drawing” or “figure.”)

Each, at its worst, is tied to one of the deadly sins – plus two more traits that have been added in.

A person’s “type” is determined by self-examination; the goal being to better understand oneself – and one’s strengths, weaknesses and tendencies – and those of others.

Both Cron (a Four) and Stabile (a Two) encountered the Enneagram more than two decades ago through the book “The Enneagram: A Christian Perspective” by Richard Rohr, a Franciscan priest of the New Mexico Province and founder of the Center for Action and Contemplation.

Cron — an author, counselor, songwriter and Episcopal priest — was attending a conservative seminary at the time and thought the Enneagram was “genius.” He didn’t see anything in it that conflicted with the gospel, he said.

But “one of my professors was like, ‘Oh my gosh, this is the horoscope. This is astrology.’”

He put the book down, but he didn’t forget about it. 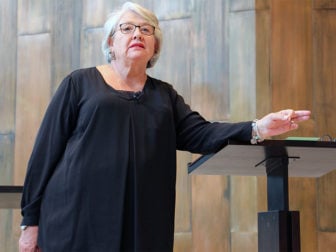 Suzanne Stabile, co-author of “The Road Back to You: An Enneagram Journey to Self-Discovery” with Ian Morgan Cron, speaks Sept. 29, 2016, at the Enneagram Conference, the pre-conference to the Why Christian? Conference in Chicago. RNS photo by Emily McFarlan Miller

Stabile, on the other hand, immediately got in touch with Rohr after reading “The Enneagram: A Christian Perspective” and began studying with him, she said. A speaker and teacher, she has led more than 500 Enneagram workshops in the 25 years since then.

After attending one of Stabile’s workshops, Cron said, “It just made sense at some point to say we should write about this for people and do it narratively through story and not a list of traits.”

The two not only have written “The Road Back to You: An Enneagram Journey to Self-Discovery,” out Oct. 4 by IVP Books, but also host a podcast by the same name and events such as the Enneagram Conference.

In the weeks leading up to the conference, Rachel Held Evans, a popular Christian writer and co-organizer of Why Christian?, jokingly tweeted: “I can’t figure out my Enneagram number so I might as well drop out of progressive Christianity.” Evans had organized the event with Nadia Bolz-Weber, a Lutheran pastor and also a well-known writer and speaker.

I can't figure out my Enneagram number so I might as well drop out of progressive Christianity.

But it’s not just “progressive” Christians who are rediscovering the Enneagram.

“Now 20 years later, it’s fascinating to me even the (conservative) evangelicals are completely fine with it. … I have not received any pushback from anybody,” Cron said.

Rich Havard, campus pastor of The Inclusive Collective at the University of Illinois at Chicago, said an evangelical friend studied the Enneagram while working on a doctorate in ministry. It’s “really popular” at Havard’s church, too.

Both he and the Rev. Jarell Wilson, the church start resident at Urban Village Church in Chicago, see the Enneagram’s popularity as part of a larger trend of Christians rediscovering ancient spiritual practices. Havard, a Two, and Wilson, a Four, said that also is a trend, like the Enneagram, that has transcended the progressive-conservative divide.

“I think there’s a tendency to want to go back to things that are deeper,” Wilson said. “There’s a ton of Buzzfeed quizzes. There’s Myers-Briggs and all of this other kind of stuff. To connect to something that’s been working (for centuries) is just a little better. It feels more holistic. We’re connecting to other cultures, too.” 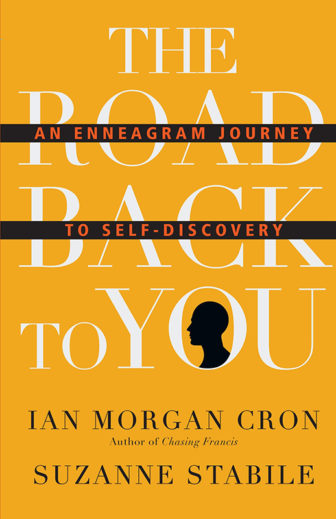 Other conferencegoers were encountering the Enneagram for the first time.

Rachel St. Clair, a Mennonite, only learned about the Enneagram when she Googled it after she, her mom and her sister purchased tickets to Why Christian? They already were traveling from York, Pa., for the conference, she said.

By the first break in the conference, St. Clair already was convinced she was a One. As the Perfectionist, she said, she was interested in “any way to understand and improve myself.”

Cron said he and Stabile don’t want to oversell the Enneagram. It isn’t a “miracle oracle,” he said.

At the same time, he pointed to a quote from Catholic writer Thomas Merton: “For me to be a saint means to be myself.”

And Stabile said she’s found it to be true. She hopes teaching people to learn about the way they see the world and the eight other ways people see the world will encourage compassion.

“Our hope is that the book makes the world a more compassionate, more loving and more generous place.” 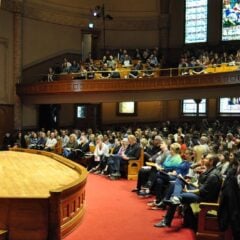