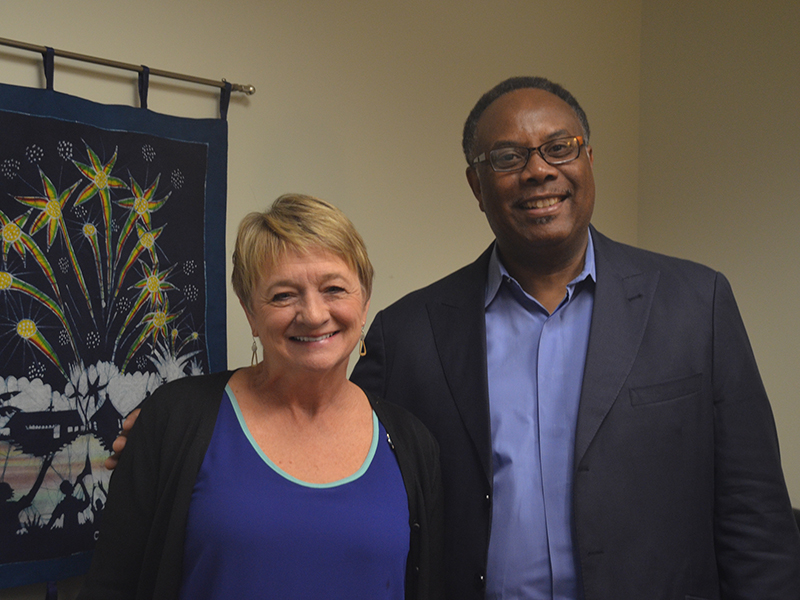 (RNS) Two Baptist groups, a predominantly white fellowship and a historically black denomination, have created a partnership to work on race relations, disaster relief and poverty.

The Cooperative Baptist Fellowship and the National Baptist Convention of America signed a memorandum of understanding on Wednesday (Oct. 5) at Simmons College of Kentucky, a historically black college in Louisville and the new headquarters of the NBCA.

The two groups are part of broader Baptist networks but decided to strengthen their joint work after coming together to help churches and communities affected by the August floods in Louisiana. The CBF gave a $1,000 contribution to help provide NBCA pastors with disaster response manuals.

“Our partnership is an important effort to bring together Baptists from diverse racial, theological and regional backgrounds,” said CBF Executive Coordinator Suzii Paynter, whose fellowship includes 1,800 churches and thousands of individuals.

The Rev. Samuel C. Tolbert Jr., NBCA president, said the arrangement is timely, given the racial tensions in the country.

"This new collaborative arrangement will strengthen our Baptist voice, vision and productivity," said Tolbert, whose denomination was previously based in Dallas and claims about 3.5 million members and 4,000 churches. “We are not stronger separated but we are stronger together.”

Aaron Weaver, a CBF spokesman, said the move is not a merger.

The groups say they hope to work on dismantling racism, alleviating poverty in urban and rural areas and fostering healthy congregations.

The partnership will include consulting and sharing of expertise on operations, missions and training. Ron Fairley, CBF's associate coordinator of projects and services, addressed the NBCA’s annual meeting in September and will assist the NBCA in its headquarters relocation.