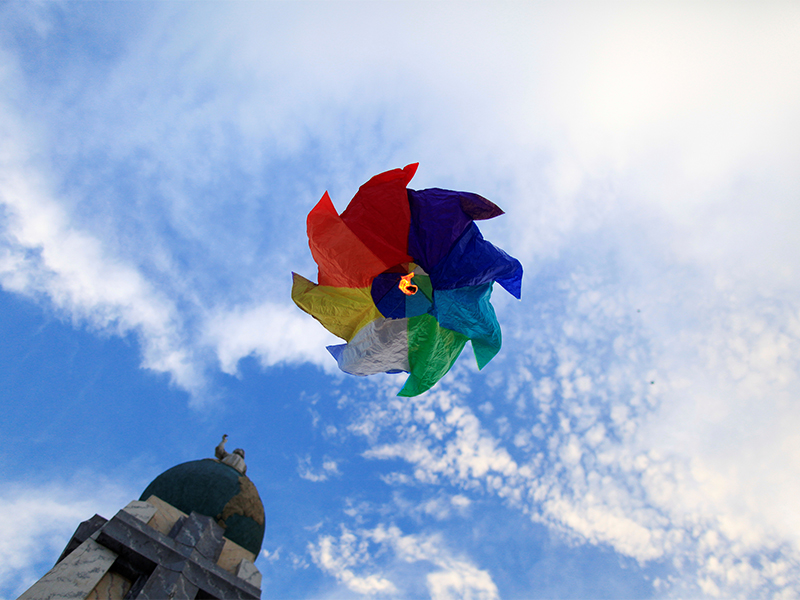 Members of the LGBT community elevate a balloon during a vigil in memory of the victims of the Orlando Pulse gay nightclub shooting and hate crimes in San Salvador, El Salvador, on June 18, 2016. Photo courtesy of REUTERS/Jose Cabezas *Editors: This photo may only be republished with RNS-LUPFER-OPED, originally transmitted on Aug. 24, 2016.

(RNS) A Dallas megachurch is embroiled in controversy after it “lovingly” ousted a member for being in a gay relationship.

Watermark Church, which draws 11,000 people to three campuses every weekend, sent a letter to member Jason Thomas, informing him it was removing him from membership because he was in a relationship with another man.

“We are left with no other option but to remove you from our body . . .,” the letter, posted on the website of The Dallas Morning News, states. “We lovingly but firmly call you back to repentance.”

The letter came to light when Thomas posted it on his Facebook page on Oct. 9. It had been sent to him in October 2015 and he was marking the one-year anniversary of his departure from Watermark.

“Thank you for removing yourself from my life,” Thomas wrote in his Facebook post. “I am who God made me to be. I cannot change my sexual orientation and nor would I want to. I now have internal peace and happiness unlike ever before.”

The revelation of the letter has roiled Dallas, drawing commentary and letters to newspapers and local television news outlets that covered the story.

“To some people, this is a routine means of enforcing good group behavior in the congregation,” Dallas Morning News columnist Jacquielynn Floyd wrote. “To others, it may sound like the Big Church of All Up In Your Business. You get to choose, I guess; nobody’s making you join.”

Todd Wagner, Watermark’s pastor, explained the church’s position in a commentary for the newspaper. Because Thomas didn’t think same-sex activity was “inappropriate for a follower of Jesus Christ,” Wagner wrote, “it became appropriate to formally acknowledge his desire to not pursue faithfulness to Christ with us.”

“Loving correction (church discipline) can be a difficult idea to understand,” the pastor wrote, “because candidly — though the mandate is clearly explained by Jesus in the Gospels and throughout the New Testament, most churches today completely ignore it. Discipline is an act of love, something any parent knows.”

Thomas said he has since gone to two other Dallas churches, which have welcomed him warmly.