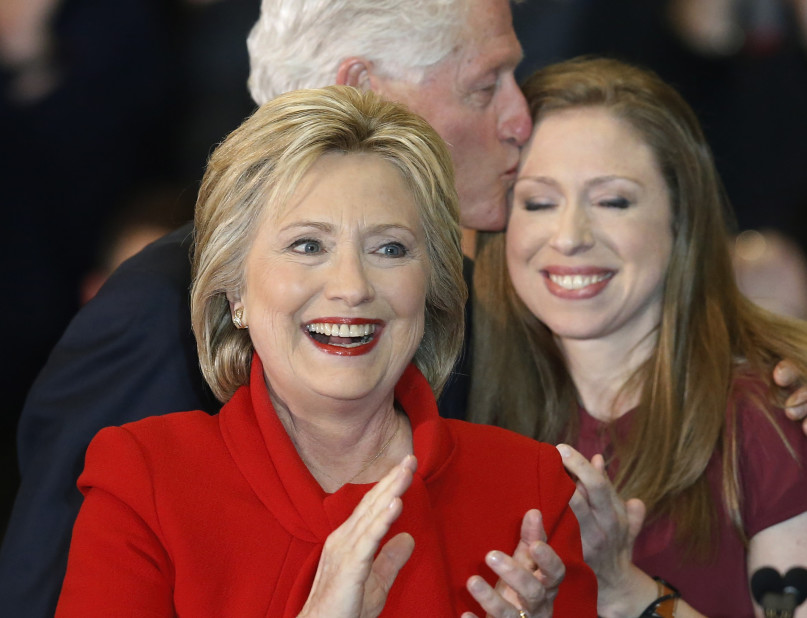 As a Latter-day Saint, I ask myself how it is even remotely possible that Trump could win in Utah (and in other heavily Mormon states like Idaho, Wyoming, and Arizona) given the gargantuan gap between Mormon values and Trump’s morals. Trump’s behavior–much of it documented, affirmed by his own words, and on full display during the presidential campaign–stands in stark contrast to the moral standards espoused by Mormons.

The Church’s 13th Article of Faith would seem to predict that Mormons would oppose Trump for many reasons, but certainly so on moral grounds:

We believe in being honest, true, chaste, benevolent, virtuous, and in doing good to all men . . . If there is anything virtuous, lovely, or of good report or praiseworthy, we seek after these things.

None of these adjectives could be used to define Trump. And yet many Mormons seem willing to see him as President of the country.

One of the things that might explain Trump winning Utah is partisanship. In the United States at least, Mormons tend to be conservative, patriotic and extremely loyal–and are heavily identified with the Republican Party, with Utah and Idaho, both with significant Mormon populations, vying for the title of reddest state in the last several presidential elections. As Emma Green reported in the September Atlantic, “Utah’s Mormon voters are a near-perfect symbol of conservative American patriotism.”

In regard to Trump, however, Mormon religious principles should, so to speak, trump patriotism. Except that Mormons have a deep, irrational antipathy toward Clinton. Rather than a love-hate, it is more like a hate-hate relationship with the Democratic candidate. Mormon attitudes toward Clinton are venomous, reflecting the extreme caricature of Clinton one sees in the darkest corners of the American popular imagination, in which she is variously portrayed as a criminal, a murderer and even demonic.

Mormons especially should resist the temptation to see Clinton as the incarnation of evil since well into the twentieth century, that is how Mormons ourselves were so portrayed. From sensationalist dime novels and rabid anti-Mormon literature of the nineteenth century to the Broadway musical, The Book of Mormon, Mormons have been portrayed variously as alien, cultish, demonic, sexually deviant and buffoonish. In the courses I teach on Mormonism at Graduate Theological Union and the University of California, I show how, from the beginning, Mormons were scapegoated as anti-Christian devils, complete with horns and tails, whose very existence threatened all that was good and decent in America. Mormons have sought, ever since they were driven out of the Midwest, acceptance and respectability from their fellow citizens.

The truth is, Clinton shares core Mormon values in a way that Trump never has and from all appearances never will. For example, she has worked tirelessly on behalf of the rights of women and children and has championed family values internationally.

She is also a committed Christian. As Tomicah Tillemann, an LDS speech writer, attests in an article in the LDS-owned Deseret News, “She is a woman of sincere faith [who] has spoken of her Christian faithfulness often and sincerely throughout her political career.”

As opposed to Trump, whose life has been devoted to promoting himself and serving his own interests, Clinton has dedicated her life to public and humanitarian service, both cardinal virtues of Mormon citizenship. According to the Washington Post, in terms of executive, legislative and foreign service, Clinton is one of the most experienced and qualified presidential candidates in recent American history. As part of her public service, Clinton has worked on behalf of the rights of disadvantaged minorities, including the disabled, immigrants and the poor, reflecting one of the four cardinal missions of the Mormon Church—“to care for the poor and needy.”

“Under her direction, we established a groundbreaking 70-member task force on religion in foreign policy that included members of the church. . . . She spoke out often about the persecution of religious minorities, even when doing so was politically unpopular. I saw her . . . advocate for the principle that people should be able to worship how, where, and what they may.”

The same could not be said of Trump.

By voting for and then supporting Clinton, should she be elected, Mormons could help promote harmony and unity in what is now a seriously divided and polarized body politic. In the Book of Mormon, which Latter-day Saints consider scripture, the resurrected Christ declares, “It is not my doctrine to stir up the hearts of men [and women] with anger, one against another; but this is my doctrine, that such things should be done away.” (3 Nephi 11:7) And another scripture enjoins Mormons to relate to others by “persuasion,” “long-suffering,” “kindness, “gentleness,” and “love unfeigned.” That injunction applies in all arenas, including politics.

Following such principles, Latter-day Saints could set the example for the healing that will be necessary following what has clearly been one of the ugliest and most contentious campaigns in our history. My hope is that Latter-day Saint virtues of fairness and generosity will cause Mormons to be less harsh in their judgment of Clinton and thus help prevent a candidate as odious as Trump from claiming Utah as a political prize.

OTHER GUEST POSTS BY ROBERT REES:

Mormon bishop: “I wasn’t going to excommunicate anyone”

“Is nothing sacred?” Thoughts on Mormon undergarments

Faith
Senator Mike Lee’s just one example. Mormon men still like Donald Trump.
Christianity
For Mormons in a faith crisis, the Gospel Topics essays try to answer the hard questions
Flunking Sainthood
Retired BYU professor denounces Donald Trump in viral video
Flunking Sainthood
Suicide, complicated grief and the hidden darkness of the heart
Flunking Sainthood
10 years after Elder Packer’s anti-LGBTQ talk, have Mormons turned the corner on gay rights?
© Copyright 2020, Religion News Service. All rights reserved. Use of and/or registration on any portion of this site constitutes acceptance of our User Agreement and Privacy Policy, Privacy Statement and Cookie Notice. The material on this site may not be reproduced, distributed, transmitted, cached or otherwise used, except with the prior written permission of Religion News Service.