(RNS) Last year, the Rev. Pamela Barz shared some very personal stories about her family with her congregation.

Her mother died in 1998 of breast cancer after never acknowledging her illness to her family, so they never knew her wishes for her end-of-life care. Her father, who died 14 years later, gave his family emailed updates as he coped with esophageal cancer and died surrounded by family singing to him, toasting him with good wine and telling stories. On the first Conversation Sabbath in November 2016, the Rev. Pamela Barz shared some very personal stories about her family with her congregation. Photo courtesy of Teak Media

“In my own family I’ve experienced the damage that can ripple out when these conversations don’t happen, and the healing that spreads when they do,” Barz recalled a year after the sermon, titled “Thoughtful Endings.”

Barz’s Unitarian Universalist congregation in Scituate, Mass., was one of dozens of Boston-area congregations that have participated in a faith-related initiative started by The Conversation Project. In 2010, journalist Ellen Goodman created the project after the uncertainty she felt about her mother’s wishes as her mother drew close to death. This year, more than 50 congregations from Virginia to California have registered to observe a “Conversation Sabbath” Nov. 11-20.

Congregants who’ve heard the sermons — often accompanied by workshops and step-by-step guides — say they are verbal permission slips to discuss a topic few want to talk about. Slightly more than a third of the general public — 37 percent — say they have given a great deal of or some thought to their end-of-life wishes, according to Pew Research.

A Conversation Project survey found that while 90 percent of people say it’s important to talk to loved ones about those wishes, only 27 percent have actually done that. 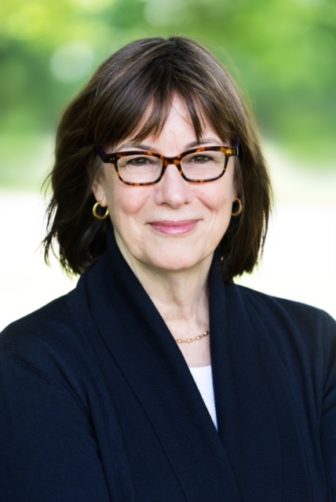 The Rev. Rosemary Lloyd, the adviser to faith communities for the project, said clergy and doctors often end up being caught in family discussions that might have been prevented if an ill relative’s preferences had been known. Photo courtesy of Rosemary Lloyd

The Rev. Rosemary Lloyd, the adviser to faith communities for the project, said clergy and doctors often end up being caught in family discussions that might have been prevented if an ill relative’s preferences had been known.

“Unfortunately, there are too many cases in which clergy are asked to help sort out a conflict because loved ones have not talked openly about what would matter most to their loved one as the sacred cycle of life is coming to an end,” she said.

A first step in the Conversation Project’s “starter kit” is simultaneously basic and deep: finishing the sentence “What matters to me most is …”

People’s open-ended answers could range from being in a hospital with excellent care to being able to recognize their children or being able to say goodbye to loved ones. It continues with questions about how much they want to know about their care, how long they want to have treatment, where they want to spend their last days. And it talks about where to share those answers — from their kitchen tables to their places of worship.

Although many clergy have used the designated Conversation Sabbath dates to introduce their congregations to the resources, Rabbi Esther Adler of St. Paul, Minn., used her recent Yom Kippur sermon to describe its goals.

“(W)ithout knowing a loved one’s true wishes and values, the one who must finally decide can be left forever haunted,” she preached at Mount Zion Temple, a Reform synagogue. “Did I give up too soon? Did she suffer too long? Should I have done more? Less? Was I thinking about him or about myself? What if … ?”

Judi Levin Marshall, a lay leader who directs the synagogue’s Caring Community, said Adler reminded congregants that any adult — from 18-year-olds to seniors — needs to contemplate these questions.

“I think many of us are in that situation where we’re focusing on our elder adults, which of course, we should, but then we sort of forget that anything could happen to any one of us,” she said.

On Nov. 18, a doctor is set to talk to synagogue members about how to approach care at the end of their life with their primary physician. After the workshop, another rabbi will preach on “We say ‘Choose life’: Why do we need The Conversation now?”

Lloyd and other proponents hope the discussions move beyond talk to the necessary “health care proxy” paperwork that identifies who will make decisions when a friend or family member no longer can — someone the person has confirmed will be comfortable carrying out his or her wishes. 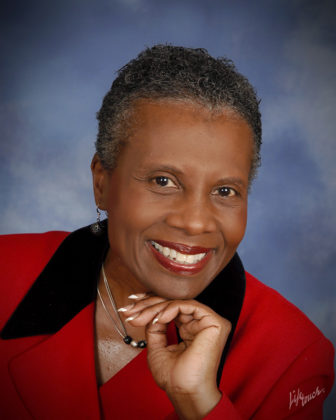 Sandra Picot, a member of St. John Baptist Church in Howard County, Md., said she considers Jesus to be an example of end-of-life planning. Photo courtesy of Dr. Sandra Picot

Sandra Picot, a ministry leader at St. John Baptist Church in Howard County, Md., said she considers Jesus to be an example of end-of-life planning.

“When he was on the cross he looked at his disciple and he told him to take care of his mother,” said Picot, who is involved in her county’s Speak(easy) Howard Community Collaborative, which partners with The Conversation Project.

In her congregation, her minister will preach about Conversation Sabbath on Sunday (Nov. 13) and the deacons have agreed to take the starter kits with them when they make their rounds visiting members.

Jon Radulovic, spokesman for the National Hospice and Palliative Care Organization, said The Conversation Sabbath allows a trusted source to encourage people to discuss what may be a scary topic for them.

“When leaders of our spiritual communities talk about the value of these discussions, I think people realize that it is indeed OK to talk about this,” he said.

Wendy Ballinger, who heard Barz’s sermon last year, said it prompted her and her husband, David, to have a deeper conversation than the one they started when her mother-in-law was dying.