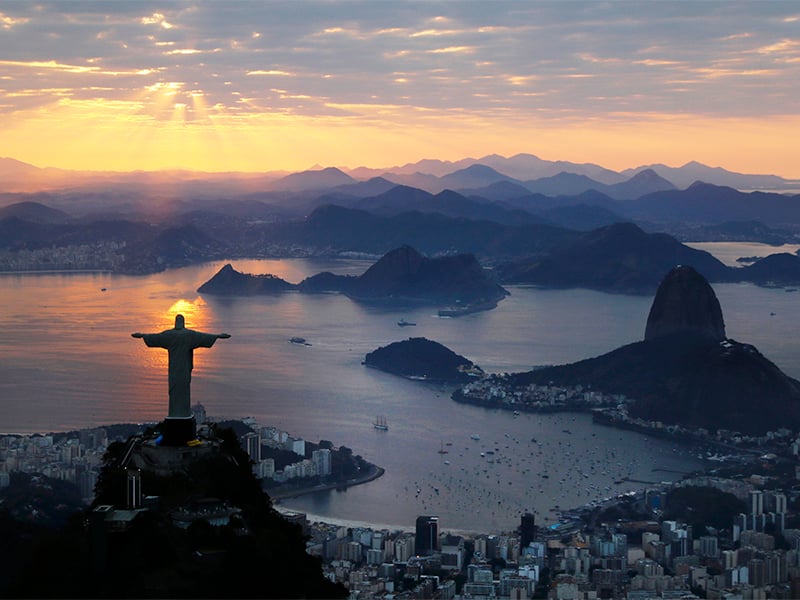 RIO DE JANEIRO (RNS) A Brazilian court’s ruling legalizing abortion during the first trimester has caused uproar among politicians with strong ties to Roman Catholic and evangelical faiths, who have gained ground in the current government.

The decision Tuesday (Nov. 29) is a watershed in a country where abortion is a crime, and it comes in response to a case in which five people were charged with performing clandestine abortions.

By dropping the charges against the accused, the Federal Supreme Court, Brazil’s highest, signaled it favored the decriminalization of abortion in other cases.

The president of Brazil’s House of Representatives, Rodrigo Maia, who is said to be seeking re-election with the support of the religious right, led calls for the ruling to be overturned.

He immediately set up a special committee to "rule clearly" on abortion.

"Whenever the Supreme Court legislates in place of the House of Representatives or the National Congress,” he said, “we must respond, confirm or correct the court’s decision, as is the case right now.”

Critics of the judgment claimed the ruling was "slipped through" while the nation’s attention was focused on the tragic air disaster Tuesday in Medellin, Colombia, that virtually wiped out the Brazilian premiere league soccer team, Chapecoense.

“This is a major attack on the rule of law,” said Evandro Gussi, leader of the Green Party. “Abortion is an abominable crime because it claims the lives of the innocent.”

Edmar Arruda of the Social Democratic Party added: "We who are Christians defend the family. We cherish life and we do not agree with this decision."

On Thursday, Cardinal Sergio da Rocha, president of the National Conference of Bishops of Brazil, condemned any attempt to decriminalize abortion. "We urge our communities to pray and to speak out publicly in defense of human life from conception," he said.

Brazil is home to the world's largest Catholic and Pentecostal population. It also has the highest incidence of abortion, the great majority clandestine.

The World Health Organization estimates there are 800,000 clandestine abortions in Brazil each year, and 15 women die from botched operations every month.

“(Tuesday’s) ruling is surprising given the recent shift toward the political right in Brazil and much of the Americas,” said R. Andrew Chesnut, a scholar of Catholicism at Virginia Commonwealth University.

Previously, Brazil allowed for abortion only in cases of rape, when the mother’s life was at risk or when a fetus was thought to be brain-dead.

Women face up to three years in jail if convicted of the crime; doctors convicted of performing the procedure may serve up to four years.

The court’s landmark ruling relates to a specific case involving a medical team of doctors and staff charged with performing illegal terminations in a clandestine abortion clinic in Duque de Caxias, a municipality in the state of Rio de Janeiro.

Police raided the clinic in 2013 and arrested the staff. The judges dropped the charges.

Leading judge Luís Roberto Barroso wrote as part of the ruling that criminalization of abortion is "incompatible with the empowerment of women, their physical and mental integrity and their sexual and reproductive rights."

"Women should not be compelled by the state to keep an unwanted pregnancy,” he wrote.

“It is the woman who supports the full burden of pregnancy. And as a man does not become pregnant, there will only be full equality if we respect the will of the woman in this matter.”

The judges said the fear of imprisonment had not had a significant impact on the number of abortions in the country but had in fact prevented them from being performed safely.

Citing the United States, Germany, United Kingdom, Portugal and France among others as examples, the judges added: "Virtually no democratic and developed country in the world treats the interruption of pregnancy during the first trimester as a crime."

Next week the court is scheduled to start the debate on the rights of women infected by the Zika virus during pregnancy to abort if microcephaly is detected in the unborn child.