(RNS) It’s the largest gift ever given to the largest Jewish student organization in the world.

The Atlanta-based Marcus Foundation announced Monday (Dec. 5) that it would donate $38 million over five years to Hillel International, which was founded to nurture Jewish college students’ commitment to Judaism and Israel.

The foundation, established by Home Depot co-founder Bernard Marcus and his wife, Billi, made the gift to launch Hillel’s new “Talent Grant” initiative to hire, retain and train Hillel leaders.

“These grants will not just transform Hillel, but transform the Jewish world,” said Eric Fingerhut, a former Democratic Ohio congressman who is now Hillel’s president and CEO.

Hillel, on 550 college campuses in North America and 56 campuses abroad, holds Shabbat and holiday services and organizes volunteer and educational programs for Jewish students. Among major Jewish organizations, it prides itself on being the largest employer of entry-level professionals — people who often go on to take leadership positions in synagogues and other Jewish religious and civic groups.

The grant was announced at the Hillel International Global Assembly in Orlando, Fla.

This is the second year in a row that Hillel, named for the Jewish sage who died in 10 C.E., has received the largest grant in its history. In 2015 the Jim Joseph Foundation gave it $16 million.

The Marcus Foundation has focused its giving in education, health care and mental health programs and Jewish agencies and synagogues, according to Glasspockets, an organization that advocates for transparency in philanthropy. 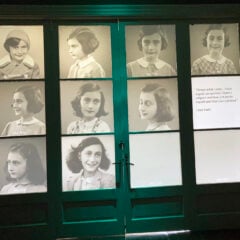