(RNS) Veora Layton-Robinson, a student in her final year at New York Theological Seminary, had signed up for a full load of courses when she decided to add one more: a class on Black Lives Matter.

The minister and elementary school teacher was inspired by the class to start developing a Black Lives Matter chapter with members of her Mount Vernon, N.Y., church and community, convinced that more needed to be done to address police brutality, address concerns about violent crime and help people understand the power of voting.

The additional course has helped her think more deeply about how to address the issues at the heart of the movement.

“We were trying to figure out what to do: Do we want to just sit down and do nothing and just march here and there?” Layton, 38, said of the fledgling group. “How do you be involved?” 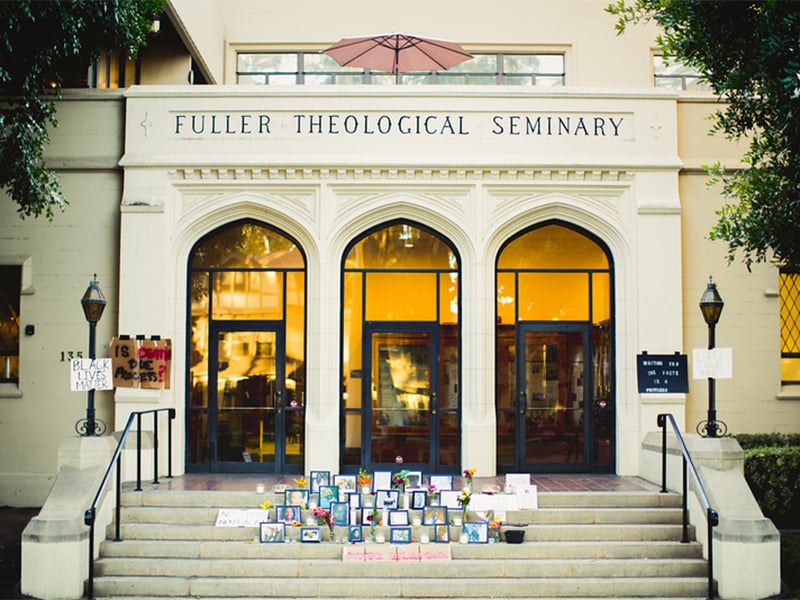 The multicultural seminary in New York City is one of a few that have offered a class focused on Black Lives Matter, the movement and the theology related to it. Yale Divinity School invited movement activist DeRay Mckesson for a one-credit, weekend intensive on leadership in the Black Lives Matter movement. At Fuller Theological Seminary, professors discussed the movement in classes and students erected a memorial to black people who lost their lives in police custody.

As more African-Americans are killed at the hands of police, seminaries have begun to engage with the movement and investigate how their theology can be enlisted to improve race relations.

Since September, the New York seminary’s course has looked at historical and contemporary texts that address slavery, mass incarceration, policing and white privilege. Students also attended a service at a New York church celebrating the three founders of the Black Lives Matter movement. 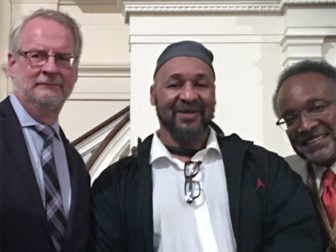 New York Theological Seminary’s Dale Irvin, from left, student Zahir Murray and the Rev. C. Vernon Mason attend an event at All Souls Unitarian Church in New York City that honored the founders of the Black Lives Matter movement. Irvin and Mason are co-teaching a Black Lives Matter class at the seminary and Murray is one of their students. Photo courtesy of Semiko Crider

The Rev. C. Vernon Mason, who co-teaches the New York seminary’s class, said the election of Donald Trump as the country’s next president has made the class even more critical.

“It was almost like a class of lamentations,” he said of the first meeting after Election Day. “Everybody had those expressions, but then part of the class response also was, ‘What actions do you plan to take as a result of this election?’”

Mason said the answers ranged from a desire to mentor schoolchildren who may feel fearful of being deported to starting Black Lives Matter chapters.

The class of 22 mostly black students includes men and women, Christians and Muslims, some ministers and some formerly incarcerated people. Some are making plans to foster cross-racial conversations within their families and communities.

Mason, who teaches the class with seminary President Dale Irvin, sees the course as a way to train ministers to find a voice in the Black Lives Matter movement, which didn’t start in the church and has only received support from some segments of religious leadership.

“Part of what we saw as a definite disconnect was the faith community generally — the black church in particular for me — and the Black Lives Matter movement,” said Mason, a former civil rights lawyer who recalled the black church’s larger presence in the civil rights movement.

“Part of the objective of the course was to address that and to have our students basically immersed in what this movement was about.”

The move by some seminaries to study Black Lives Matter, which continues with the mistrial Monday (Dec. 5) in the police killing of Walter Scott in North Charleston, S.C., follows earlier public statements by seminary presidents. 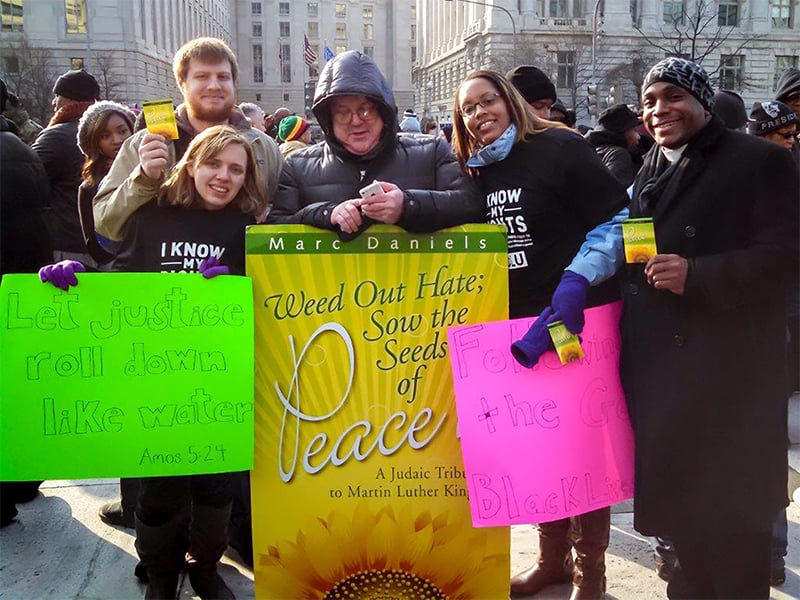 In 2015, dozens of leaders of African-American theological schools called for their colleagues to “arise from the embers of silence and speak up and speak out … as African-American men and women are slain in the streets of Ferguson, Staten Island, Cleveland and beyond.” United Methodist school officials responded with a commitment to “improve and strengthen what we can do to affirm the sacredness of black lives.”

But mentored and inspired by the Rev. James Lawson, an activist who trained young civil rights workers in the 1960s, Hudson helped found the Nashville, Tenn., chapter of Black Lives Matter.

“He trained us just like he trained the students 50 years prior,” she said of time she spent with him while he was in Nashville to mark the anniversary of sit-ins there. “That’s how I cut my teeth on activism and community organizing.”

Vanderbilt Divinity School Dean Emilie Townes said current students continue to be involved in the Black Lives Matter movement and also are involved in the campus sanctuary movement that has developed at several colleges, especially since Trump’s election. 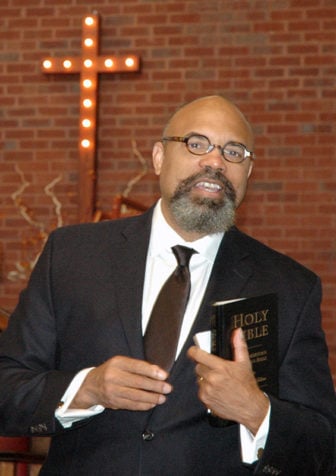 The Rev. Joseph Evans is dean of the Morehouse School of Religion. Photo courtesy of Mount Carmel Baptist Church

The Rev. Joseph Evans, dean of the predominantly black Morehouse School of Religion, said it is necessary for seminaries that are mostly white or have white leadership to emphasize that black bodies should be treated with dignity.

“There are a lot of young people speaking out on Black Lives Matter that may or may not have a church affiliation whatsoever yet they have figured out that the human body matters,” said Evans. “So seminaries need to be really in front of this, not behind it, leading the way.”

But he said beyond adding a class on the Black Lives Matter movement, these schools also should have more black divinity school deans, such as Townes.

“If seminaries do not share power, Black Lives Matter classes don’t matter,” said Evans, who is also an associate professor of preaching at the Interdenominational Theological Center, a consortium of black schools. “Because if black lives matter for real, you’re going to see an uptick in black presidents at white institutions.”

The Rev. Asa Lee, an African-American dean for community life at Wesley Theological Seminary, said his Washington, D.C., school has African-American professors teaching its core areas of focus, such as theology and preaching, and one of them taught a “Pastoral Care Post-Ferguson” class in the spring.

“It’s still a ceiling that’s being broken,” he said of blacks in leadership at seminaries.

Wesley students have participated in Black Lives Matter protests, and two students who are ministers have worked to address food deserts — urban neighborhoods with no nearby grocery stores — by developing a food pantry partnership in Washington. 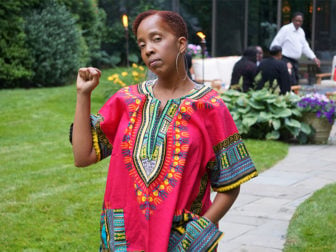 Layton-Robinson, who has had debates with teacher colleagues about why she says “black lives matter,” instead of “all lives matter,” hopes more seminaries will follow her school’s model and help educate people about the movement’s emphasis on African-American lives. 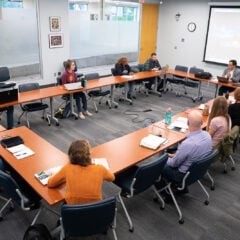