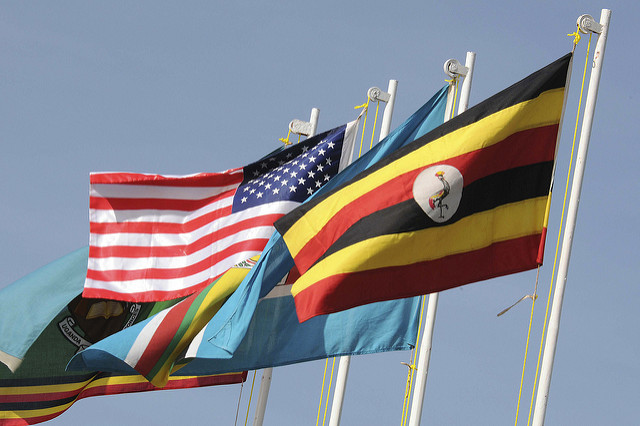 KAMPALA, Uganda—After their baby was born in a private clinic near the Ugandan capital, parents Justine Nakato and Stephen Mbaziira Dembe were frustrated their nurses and doctors would not show them their baby or tell them its gender.

They kept asking the nurse to tell them what was going on. She said the baby was doing well and they would tell them the sex soon.

When the mother was discharged, the hospital staff handed over the baby wrapped up in blankets and warned them not to expose the infant's skin to the cold until they got home. There the couple discovered their baby had both a vagina and a penis.

"At first we were shocked, we went to many physicians to try to find out what we should do," Dembe said at his home in Nsambya, a suburb of Kampala.

"He started passing urine through the penis. Then we decided to give him male names, Timothy Ziwa."

Timothy is now 10 months old and his parents are trying to raise funds to carry out genital reshaping surgery, a controversial process that involves procedures intended to make genitalia more like those of either typical males or females.

They are not alone.

But an intersex rights group says operations carried out in Uganda are unnecessary and sometimes botched, and advises parents to wait until after children have reached puberty before making any decisions on surgery, whether at home or overseas.

Tamale Ssali, a consultant obstetrician and gynecologist in Kampala who has examined Timothy, said the child's parents would need around $50,000 to pay for the surgery in Britain as Uganda lacks the facilities to safely undertake such complex surgeries.

"The baby was born with a condition called ambiguous genitalia. There is a small vagina but no possible uterus and a well-developed penis but no scrotum," Ssali said.

According to an August 2015 report by the Support Initiative for People with Congenital Disorders (SIPD), a Ugandan intersex rights organization, at least three children are born with an intersex or "difference of sexual development" condition every week in Mulago National Referral Hospital, the biggest hospital in Uganda.

Giving birth to an intersex child can come as a shock to parents, and many opt for genital reshaping surgery, according to Ssali.

In its survey of 25 districts in Uganda, the first of its kind, SIPD recorded 48 cases of such surgeries being performed.

Julius Kagwa, executive director of SIPD, whose book "From Juliet to Julius" describes changing gender as an adult, said Uganda does not have a laboratory performing chromosomal tests for children to help determine sex, and genital reshaping surgeries are often flawed.

"A few surgeries have been attempted to alter ambiguous genitalia in infancy but most of these have been unsuccessful and the intersex children have ended up developing physical characteristics of the opposite sex at puberty," he said.

Most intersex children in Uganda are assigned female at birth and raised to identify as women, according to the SIPD report.

But for many intersex women, female biological milestones, such as menstruation and breast development do not necessarily follow. Instead, some are faced with changes associated with male puberty, such as beard growth, body hair and voice deepening.

These developments can bring ridicule and stigma, which can lead to suicide attempts and higher rates of school drop-out, according to SIPD.

"SIPD advocates for the 'best guess' non-surgical approach where an intersex child should be raised in the best-suited gender, without irreversible surgical intervention, until they can be active participants in the decision," said Kagwe.

Sam Lyomoki, a doctor and member of the Ugandan parliament, said parliament issued guidelines in 2015 to the Ministry of Health advising against surgical intervention for intersex infants.

"The guidelines stress counseling for the parents, and there are counselors trained to do that. Surgery can only be done when the child is old enough and has shown more features of either sex or the child can decide for him/herself," he said.

Intersex people who have undergone early genital reshaping surgeries have complained of problems like loss of sexual sensation.

Betty, who uses a pseudonym to protect her identity, said from her home in Kampala that she underwent genital reshaping surgery when she was a baby. She went on to have a child, but has no clitoral sensation.

"I think what the doctors and my parents agreed to cut out was just an elongated clitoris but not a penis," she said.

Malta was the first country to prohibit involuntary or coerced modifications to sex characteristics. The Council of Europe has also recognized a right for intersex persons to not undergo sex reassignment treatment against their will.

Superstition and shame are other factors facing intersex children in Uganda. Intersex children are often hidden as their families consult traditional healers for answers.

SIPD reported cases in which mothers conspired with witchdoctors to have their intersex children killed in cleansing rituals because they were believed to be cursed.

Mothers also abandoned their intersex children in toilets or forests, and others subjected them to harmful mutilations to reshape their genitalia, according to the report.

Joseph Musisi, a traditional healer based in the Makindye suburb of Kampala, said the mutilation of intersex children is an outdated practice and said his peers practice therapies within the confines of the law.

"Not fulfilling family obligations and angering one's ancestors could be a reason one gets an intersex child. This can be rectified if a traditional healer speaks to the ancestral spirits, identifies their demands, and has them fulfilled," he said.

Intersex people have also challenged laws in Uganda, including the Registration of Births and Deaths Act, which has a provision that restricts people above 21 years of age from changing their sex details in the National Births Register.

Yasin Kakande is a journalist based in Kampala, Uganda.