Yesterday I signed a petition to ask the Mormon Tabernacle Choir to back down from its plan to sing at Donald Trump’s inauguration. At that time, there were over 9,000 signatures; when I checked this morning (Australia time), that had grown to more than 12,000 people.

As the petition states:

We, as signers of this petition, believe that The Church of Jesus Christ of Latter-day Saints’ decision to allow the Mormon Tabernacle Choir to perform at the upcoming presidential inauguration of Donald Trump DOES NOT reflect the values of Mormonism and does not represent its diverse 15+ million members worldwide.

We also believe that an official LDS organization performing at a presidential inauguration gives the perception that the LDS Church and its diverse 15+ million members worldwide support an incoming president’s agenda, values and behaviors.

A good deal of negative media attention has greeted the Choir’s announcement; see here and here for reports of the controversy and the Deseret News for important historical context about the choir’s previous inaugural performances for four Republican and one Democratic president.

To those supporters who might say that I’m just angry that the choir is performing for a GOP president, let’s be clear: Did you see me protesting when the Mo Tab Choir performed at the inaugurations of either George W. Bush or his father? No, you did not. Those men did not trade in hatred, racism, sexism, and the systematic persecution of religious minorities.

This is an issue that transcends political party. For the choir that represents my church to give its official imprimatur to the administration of this sexist, fear-mongering narcissist is a slap on the face – not only to the nearly half of Mormons who did not vote for the man, but to all of us who care about the Church’s reputation for goodness and basic decency.

I’m not the only one who feels this way, judging from the growing petition and also from this elegant guest post from Carol Lynn Pearson, author of No More Good-Byes and The Ghost of Eternal Polygamy. (See interview here.) She’s just as disappointed as I am, but calls me back to the central question that should guide our actions: What would Jesus do? — JKR 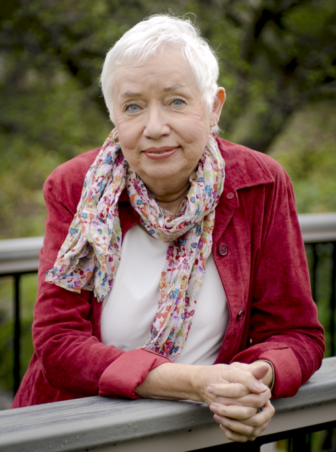 “Would Jesus sing at Trump’s inauguration?”

The celebrated Mormon Tabernacle Choir has agreed to travel to Washington next month to sing at the inauguration of Donald Trump. Many Mormons, including me, are not happy about this–and thousands have already signed a petition asking the Church to decline the invitation. Last night I called a friend who sings in the Choir and asked, “What do you think?”

And so I find myself asking that trite and powerful question: “What would Jesus do?” And maybe that question is the large one we Americans need to ask right now at a time when none of us has ever seen such negative emotion around a political figure. Families are divided. Many see an enemy where they used to see a friend.

I don’t pretend to have an answer straight from Jesus. But I can remember what he did, what he said, what he asked us to do. Jesus spoke sharp words against the political and religious leaders of his day. He was a social revolutionary who boldly spoke out against inequality, condemned the oppressor, warned against riches, and embraced the outcast.

And this is the thing we must not forget: the most powerful, consistent message of Jesus of Nazareth was love. Love, even your enemies. I ask for his words today and I hear, spoken to everyone across the political spectrum: Love those who voted for someone you did not vote for. Bless those that curse you and your ideals. Do good to those who serve causes you feel are not right. Pray for them that you believe are using you and your country badly. Never stop working for justice, speak loudly, but let every act and every word come from love.

That daunting command takes my breath away.

The Mormon Tabernacle Choir is going to sing at the inauguration of President Donald J. Trump. I woke up this morning with a fantasy, a lovely make-believe. I’m going to pretend that the Choir will join the festivities in Washington and proudly sing the little song I wrote that is in the official church songbook for children and is sung every week by Mormon children across the world, a song that celebrates what Jesus would do.

I’LL WALK WITH YOU

If you don’t walk as most people do

Some people walk away from you,

If you don’t talk as most people do

Some people talk and laugh at you,

Jesus walked away from none,

He gave his love to everyone,

Jesus blessed all he could see

That’s how I’ll show my love for you.