When the Mormon Tabernacle Choir announced that it would participate in the inauguration ceremony of Donald Trump, some Mormons were eager to see their choir sing at the ceremony, while others reacted in horror.

Although LDS Church spokesperson Eric Hawkins indicated that the church did this to support “freedom, civility and the peaceful transition of power,” at least one member of the choir publicly announced she would no longer sing with the group.  She saw the participation as a moral issue, and endorsement of Trump. She is not alone, as tens of thousands Mormons signed a petition that urged the choir to stay home. Of course, it did sing, and the issue is in the past.

Still, do you wonder, like me, at how people reach such different understandings? Reactions to the choir’s performance are informative. It is more than simply a question of politics, and sore losers. People in good faith sometimes reach very different decisions. 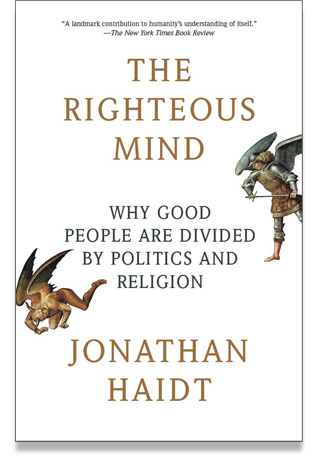 Haidt describes these as forming the basis for people’s judgments about moral issues but points out that people differ in how they balance these six aspects.

All in good faith, this leads us to very different decisions regarding moral issues. This is one important part of what’s happening in people’s reactions to the choir’s singing at the inauguration.

Another factor is group membership. People who are within the group (US Mormons) and who rely on the moral dimensions of loyalty and authority, see things consistently with the way that their church does. The choir’s participation supports groups they are part of, and upholds cherished moral values.

More common are LDS Church members who emphasize justice and fairness. From this perspective, the choir is participating in the inauguration of this president just as it has done when it was invited by other presidents. It is not a question of loyalty to political party or to church affiliation, but a matter of supporting the electoral process, just as Hawkins describes.

But not everyone sees it this way. People who are not members of the group (U.S. residents who are not LDS) and who draw on other dimensions of morality, reach a different conclusion. To them, the conflict between religion’s professed values against harm and suffering collide against Trump’s statements regarding women, racial minorities, and certain religious groups. Given Mormons’ reputation for voting Republican, it is easy for people to conclude that the choir’s participation represents something of an endorsement.

There are other groups, of course. U.S. Mormons whose morality relies more heavily on issues of harm and suffering are left feeling at odds with their church on this matter. From their perspective, the values they uphold most strongly are fundamentally inconsistent with Trump’s rhetoric. The sensible, but regrettable, conclusion for them is that the choir’s participation is motivated by something other than morality.

That’s also true for many Mormons outside the U.S. The online posts I’ve read from such people are mixed, but the great majority suggest that if the church is a worldwide church, participating in a US government function makes it seem more parochial than international. Instead, they are more likely to perceive it as either inconsistent with church ideals, or with the morality that they espouse as individuals.

From these perspectives we reach very different outcomes in terms of whether the choir’s participation was a missionary opportunity, an endorsement, or an act in conflict with LDS morality. People in the LDS Church whose moral frameworks rely on justice and fairness, or on loyalty and authority, are more likely to conclude that the choir’s performance supports the office of the president, and that it is a missionary opportunity. Those who don’t see it so favorably include Non-Mormons, Mormons who live in other countries, and Mormons who emphasize harm and suffering over other moral frameworks.

People in good faith reach different conclusions about the morality of one another because humans are not clones and morality is multifaceted, not monolithic. We come to questions of right and wrong with different understandings.

What to do about it? Seek out someone you know and talk to them, face-to-face, listening to what they are saying and trying to understand their perspective. Listen to their hopes and fears. Describe yours, too. Deliberately and carefully extend your conversations outside of your echo chambers, and increase your understanding of other people. Break away from your internet bubble. Opening hearts and minds is hard work, but these in-person conversations are worth it.

Mike Nielsen is a social psychologist who has served as president of the the Mormon Social Science Association and the Society for the Psychology of Religion and Spirituality.

Aftermath wisdom from Mr. Rogers: ‘Look for the helpers’