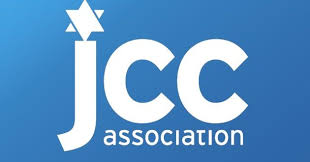 Let’s stipulate that we don’t at this point know who’s been calling in bomb threats to Jewish community centers and other institutions (like, on Monday, the Hebrew High School of New England, two miles from where I live).

The FBI is on the case, but evidently lacks the ability to penetrate the robo-call technology that enables callers to mask their phone numbers and voices. For all the g-men know, just one 17-year-old sitting in his basement in his underwear is responsible for every one of the hundreds of calls that have come in five successive waves during the past two months.

But here’s the thing. In the alt-right world, bona fide anti-Semites are claiming that this is all just a Jewish false flag operation, designed to pin responsibility on them. And on Tuesday, the alt-White House decided to head in that direction.

Senior Trump advisor Anthony Scaramucci tweeted out the possibility that Democrats are to blame. And the President himself, meeting with state attorneys general, repeatedly asserted that “sometimes it’s the reverse” — suggesting that the threats are all about making his supporters look bad.

Why would it make his supporters look bad? Because in the past bombers of JCCs have been just the kind of white supremacists who are today embracing Donald Trump.

The fact that the President has gotten around to condemning the threats — including in his address to Congress Wednesday — is beside the point. By giving credence to the false flag theory, he’s letting the anti-Semites off the hook, and letting them know he’s got their back.