(The Conversation) The Court of Justice of the European Union (CJEU) that interprets EU law issued a landmark judgment on March 14 that upheld the right of private companies in EU member countries to enact policies barring employees from wearing “religious, political and philosophical signs” in the interest of “neutrality.”

The court decision was a response to two legal cases, one from Belgium and the other in France, where a Muslim woman was dismissed by her employer because of her headscarf.

Employment discrimination against Muslim women and anti-headscarf legislation have impacted Muslim communities in various parts of Europe, but particularly in France. In Western Europe, France has the largest percentage of Muslims and the most restrictive headscarf legislation. In 2004 it banned the headscarf and all conspicuous religious “symbols” in public schools.

Every year, there are several hundred hate crimes committed against French Muslims. Of these, the majority of victims who have been physically assaulted are women in headscarves.

So what will be the impact of the Court of Justice’s ruling on an already beleaguered minority of headscarf-wearing Muslim women?

It was in the 1990s and early 2000s that the headscarf started to be seen in France as a violation of secular, “neutral” space. It also became a symbol of political Islam and the oppression of women.

Debates over the issue continued for years, until the Conseil d’Etat (France’s highest administrative court) recommended the ban on all conspicuous religious gear in public schools in late 2003. In 2011, the state also banned the face veil, worn by an extremely small minority of Muslim women, in all public spaces.

Efforts to have the headscarf removed expanded from public schools to workplaces. But dismissing women on the grounds of wearing the headscarf remained legally ambiguous or unchallenged. The March 14 ruling gives clarity and legal justification. With an official policy of neutrality that applies to everyone, companies can prohibit the headscarf without being considered discriminatory.

What about the perspectives of those who wear it?

As researchers have long demonstrated, women have many diverse motivations for wearing a headscarf. But for some, the headscarf is not merely a “symbol.” It is instead an act of piety and a way of being. Forcing them to remove it as a precondition for gaining work puts them, it can be argued, in an unfair and potentially harmful situation.

In the communities of French Muslims that I observed for my book on Islam and politics in France and India, the beginning of anti-headscarf legislation marked a major turning point in their hopes for integration and acceptance.

I began doing research in France in 2006 in the southeastern city of Lyon. Since then I have returned several times, totaling 14 months of ethnographic research in two different mosque communities. In both of these communities, most women I knew chose to wear a headscarf.

I had many conversations with people about the headscarf ban in public schools. Most felt demoralized when it was passed. As Ismat, a young woman of Moroccan descent, recalled, “we realized then … that Islam in France is going to remain difficult.”

Ismat, like almost every headscarf-wearing woman I met during my time in Lyon, had faced employment discrimination. When she went to see a lawyer for legal advice, the conversation quickly turned to his interrogating her about why she wanted to wear it in the first place.

According to the women I spent time with and interviewed, employers were explicit in their demands that the women take off their headscarves. There were eight women whom I knew well and who shared these stories with me. But I interacted briefly with many more who casually mentioned their experience with this kind of discrimination. Some women were willing to remove their headscarves to keep their jobs or continue their training, but many were not. Those who refused sometimes faced personally devastating consequences.

For example, Aisha, a lively young woman active in the mosque community, had long dreamed of becoming a psychologist and had studied hard to pursue her dream. In 2009, after moving to Paris with her husband, she found that no hospitals or clinics would accept her for clinical training in her headscarf. So she abandoned her ambition. Aisha lamented to me,

“We women are psychologically exhausted.”

In the working-class suburbs of Lyon, where I spent time with Muslim women with much stricter forms of veiling, the situation was more dire. Some had dropped out of high school, even against the wishes of their parents, because they did not want to remove their headscarves at the door of the school.

Suffering both poverty and stigma, they struggled to find work as child-care and domestic-care workers. Occasionally, informal employers temporarily tolerated their veiling before eventually placing conditions on them.

Asma, an Afro-French woman, went back and forth with her employer over the issue until finally, her employer fired her. She warned Asma,

“You will never be accepted here.”

Why this will isolate women

The Court of Justice’s ruling seems to validate such social and economic exclusion.

The ruling gives a stamp of approval to the discriminatory atmosphere that shapes the lives of women who choose to wear a headscarf as part of their faith. In my research, the women who managed to hold onto a job were those who found work only among other Muslims who tolerated or simply ignored their clothing.

What does this imply, then, about the ideal of integration?

These women will be further estranged from the formal labor market and are less likely to feel they “belong” in France – even though many come from families that have been in France for three generations.

Maryam, an observant Muslim who said she worked hard to reconcile her French identity with her Islamic faith, had a few years ago insisted in an interview with me,

“I am just as French as ‘Jacqueline,’ even with my religion.”

The question is, with yet another legal defeat, will she continue to believe this?

The court’s ruling will likely undermine religious freedom. And it will reinforce the arbitrariness of defining what practices are “political,” “philosophical” or “religious.”

In today’s globalized world, it is murky at best to distinguish between the religious and nonreligious. Many symbols we don’t think of as religious are, in fact, sacred in some traditions. For example, the yin-yang symbol is considered sacred in the Buddhist and Taoist traditions. Will companies prohibit employees from wearing the yin-yang on a shirt or ring?

There are other popular symbols we hardly notice, like the Apple logo or the Nike swoosh. In my view, these too raise a question, whether corporate logos like these could be seen as symbols of worshiping the market. If so, should such logos be banned from employees’ clothing?

To be sure, the court’s ruling leaves specific matters to be decided by EU member states, who may interpret the issues differently in individual cases. Nonetheless, it is not a step forward.

I argue that the values and ideas of inclusion, democracy, freedom, or women’s rights, that the EU claims to uphold will not be advanced through this ruling. It might, in fact, undermine these values by allowing companies to discriminate against people in the name of “neutrality.”

(Z. Fareen Parvez is assistant professor of sociology at the University of Massachusetts Amherst.

This article was originally published on The Conversation. Read the original article.) 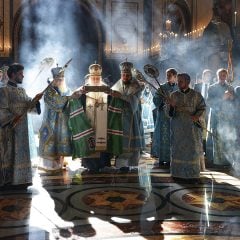 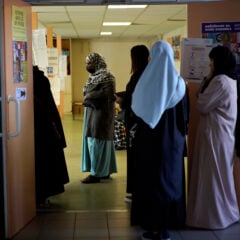