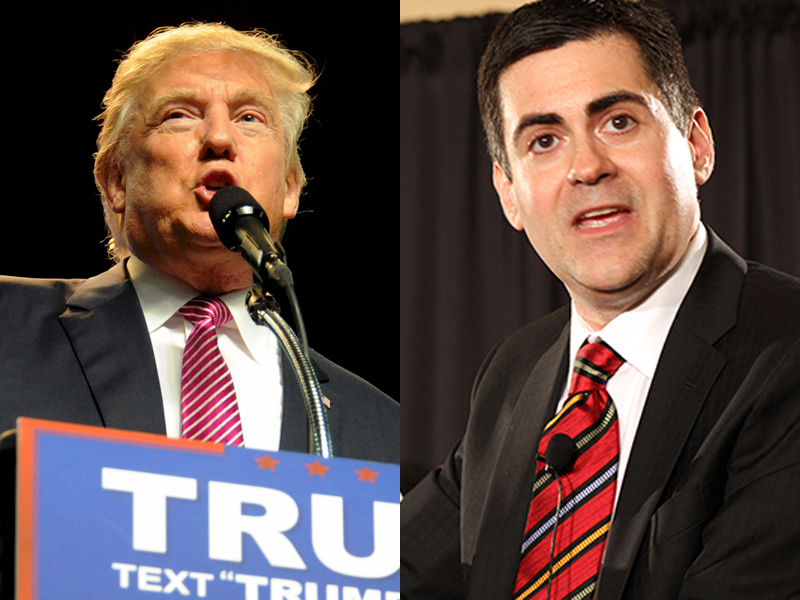 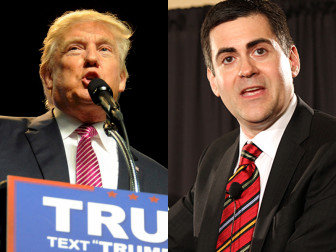 I feel kind of bad for Russell Moore.

In order to hang on to his job, the head of the Southern Baptist Convention's Ethics and Religious Liberty Commission (ERLC) has had to prostrate himself before his co-religionists for, well, telling the truth about Donald Trump.

It began back in September of 2015, when he wrote in New York Times op-ed that to follow Donald Trump "would mean that we’ve decided to join the other side of the culture war, that image and celebrity and money and power and social Darwinist 'winning' trump the conservation of moral principles and a just society."

Later, he personally came out as a #NeverTrump voter and criticized Trump-supporting prosperity gospelers with the words, "It is not a far leap from televangelists marketing their vitamin shakes to a political candidate marketing his brand of steaks.”

And he declared, in another Times oped, that Trump's campaign "is forcing American Christians to grapple with some scary realities that will have implications for years to come."

But as we know, heaps of Southern Baptists ignored Moore, helping to make Trump the GOP standard-bearer long before Hillary Clinton became the greater of two evils. In the general election, four out of five white evangelicals -- the plurality of them Southern Baptists -- went with him.

Under the circumstances, it is not surprising that Moore took it upon himself in December to make it clear that he didn't mean to denigrate anyone outside the #NeverTrump camp.

I remember one situation where I witnessed a handful of Christian political operatives excusing immorality and confusing the definition of the gospel. I was pointed in my criticisms, and felt like I ought to have been. But there were also pastors and friends who told me when they read my comments they thought I was criticizing anyone who voted for Donald Trump. I told them then, and I would tell anyone now: if that’s what you heard me say, that was not at all my intention, and I apologize.

But that apology was not enough. As he put it in a statement issued earlier this week, "Some who saw things differently than I did received those words, and we’ve gladly joined arms in unity. Others didn’t receive them, not because of any deficiency of grace on their part, but due to my own fault."

Personally, I'm not so sure about the deficiency of grace thing.

To its credit, the ERLC's Executive Committee, in a statement of its own, refused to accept criticism of Moore from those who "voiced objection to stands Dr. Moore has taken in affirmation of our Convention’s stated doctrine, resolutions, and the mission established by the Convention for the ERLC."

The headline for the two statements was, "Seeking unity in the Southern Baptist Convention."

Anyone familiar with the SBC knows that such a search will reach its object only with the Second Coming. But in the meantime, the problem is that there is some tension between serving the cause of unity and acting like a prophet.

The prophets of old -- Amos comes to mind, and Jesus -- were in the business not of unity but of criticizing the religious leaders of their day. If you're a denomination's paid prophet, however, you prophesy against them at your peril.

Moore's predecessor, Richard Land, was always careful not to get crossways with his peeps. Notoriously, he turned tail and fled when he got Southern Baptist pushback for putting the ERLC behind the religious liberty of Muslims to build a mosque.

Since the Trump inauguration, Moore has managed to keep his prophetic bona fides intact. He opposed the President's first travel ban and he's stuck to his religious liberty guns on mosque-building.

But the Trump presidency is not going to make his life easy. And if he keeps to the prophet's path, his days at the ERLC's helm are numbered.