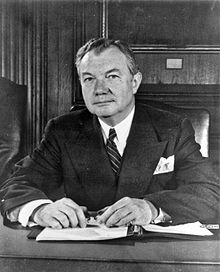 The Jehovah's Witnesses have been on trial in St. Petersburg this week for violating a Russian law against extremism. The alleged extremism includes refusing blood transfusions, publishing pamphlets critical of the Russian Orthodox Church, and undermining support for the state.

No doubt, JWs do refuse blood transfusions, lack a high regard for other religions, and decline to vote, serve in the military, and otherwise participate in civic life.

In 1940, the Supreme Court -- employing the Fourteenth Amendment's guarantee of equal protection -- for the first time applied the First Amendment's guarantee of free exercise to the states. Cantwell v. Connecticut reversed the conviction of Newton Cantwell and his two sons, Jehovah's Witnesses who were found guilty of breaching the peace by aggressively proselytizing in a Catholic neighborhood of New Haven.

Writing for a unanimous court, Justice Owen Roberts acknowledged that while the Free Exercise Clause does not preclude state regulation of religious practices, "In every case the power to regulate must be so exercised as not, in attaining a permissible end, unduly to infringe the protected freedom."

The Cantwells' freedom had, the court found, been unduly infringed:

We find in the instant case no assault or threatening of bodily harm, no truculent bearing, no intentional discourtesy, no personal abuse. On the contrary, we find only an effort to persuade a willing listener to buy a book or to contribute money in the interest of what Cantwell, however misguided others may think him, conceived to be true religion.

In 1943, the Court -- reversing a decision made just three years earlier -- decided that West Virginia could not force two Jehovah's Witnesses children to say the Pledge of Allegiance, as mandated by state law. Writing for the majority in the midst of World War II, Justice Robert Jackson penned some of the most stirring words ever to appear in an American judicial opinion:

If there is any fixed star in our constitutional constellation, it is that no official, high or petty, can prescribe what shall be orthodox in politics, nationalism, religion, or other matters of opinion or force citizens to confess by word or act their faith therein. If there are any circumstances which permit an exception, they do not now occur to us.

In Russia, they don't see things that way.

As a report prepared for the prosecution characterized the Jehovah's Witnesses, “Their disregard for the state erodes any sense of civic affiliation and promotes the destruction of national and state security.”

These days, American courts are struggling more than ever to decide when religious practices are unduly infringed. But in our current polarized political environment, it is always good to be reminded of Jackson's fixed star.