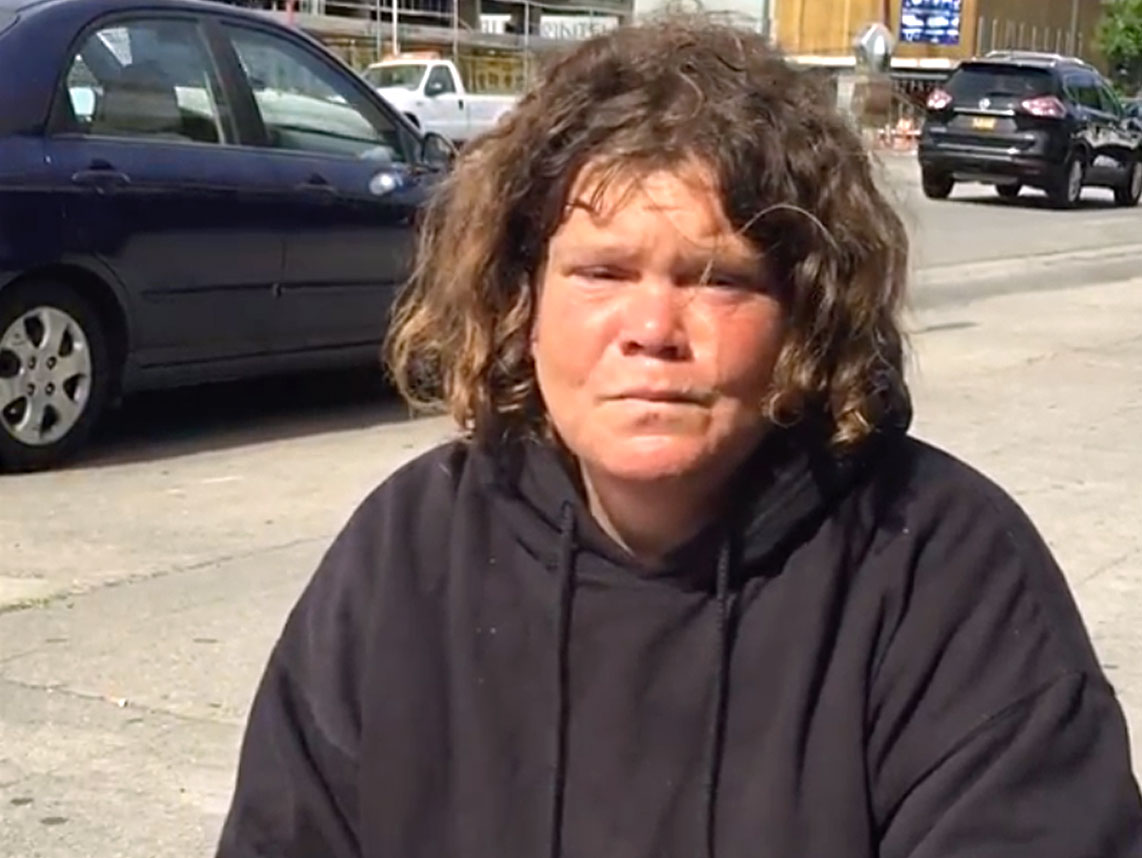 OK, I admit that it is a little weird – showing a video during Shabbat morning services in the synagogue.

But, there was a reason.

It all started with my friend David Suissa, who is the president of, as well as a columnist for, the Jewish Journal of Los Angeles.

While walking along Pico Boulevard in Los Angeles, he encountered a homeless woman, and he began talking with her. With her permission, he filmed the conversation.

He learned about her life on the streets, and how she had become homeless.

How had she wound up in the very-Jewish area of Pico?

Because, she said: “I am friends with the Jews.”

It was more than that, actually. Here is what emerges towards the end of the video: Her name is Natalie Levine.

She is not just "friends with the Jews." She is a Jew.

She grew up in New Haven, Connecticut.

She is one of ours.

Her story underscored a powerful lesson that should touch all of us: there are many homeless people on the streets who began life as middle class, or even upper-middle class. Many are highly educated people.

Why did I show the video of this conversation at services? (And if you are offended by the use of technology on Shabbat, I understand that, too).

It had everything to do with the week’s Torah portion – Tazria-Metzora, from the book of Leviticus.

I wanted our people to know that there are seventy faces to the Torah, and I wanted them to see the face of this week’s Torah portion.

Tazria-Metzora is probably the least favorite portion in the entire Torah. B’nai mitzvah candidates live in dread that they might have to read those passages (though, to be fair, this portion produces the best speeches of the entire Jewish calendar).

Tazria-Metzora is about the ancient disease known as tzaraat – incorrectly translated as leprosy; more accurately, some kind of skin disease like psoriasis.

Whatever it was, the skin disease caused the sufferer to become ritually unclean and in need of purification.

Here is what the authors of Leviticus knew, and what we know: some diseases carry stigma.

Heart attacks? Not so much. In fact, if your heart “attacks” you because you have been overworking, some might even view the heart attack as a badge of honor.

So, who are our contemporary “lepers?”

The homeless. Go back to the earlier CNN video of the homeless man. He wears sunglasses because, frankly, he is ashamed.

And, in particular, the homeless who struggle with mental illness.

The greatest thing that David Suissa did was to see this woman.

The verb root a-ah, to see, is one of the most often used verbs in the entire Leviticus account of tzaraat. The priest has to see the disease.

But, it is so not enough to merely see the disease.

There is that commercial for a psoriasis treatment, Cosentyx.

Those who suffer from psoriasis urge the viewer to “see me.” As in, really see me – not just the disease that afflicts me.

So, David Suissa saw this woman. And more than merely seeing her – he gave her a voice.

But, there is more. Because as the story unfolds, we learn that she is one of us. She belongs to us. She is part of our larger family.

She is Natalie Levine – Natalie, descendant of the Levites.

How often do we walk or drive past the homeless, and imagine that they are somehow other than us?

And yet, this was a woman who grew up in a Jewish family; who had a Jewish education; who went to Jewish summer camp.

In other words, if it happened to Natalie Levine, it could happen to any of us.

I cannot say that David Suissa’s video went viral. But I will say this.

Because the upshot of the video was that it did not remain as a nice cinematic exercise.

As a result of the video, Natalie Levine ultimately got the help that she needed.

This coming week, we will read these words in Leviticus: “Love your neighbor as yourself; I am the LORD.”

David Suissa taught us that our neighbor is literally the person right in front of us, the person that we might otherwise ignore or shun.

David Suissa taught us to see.

And in the Torah, when someone sees, it is with more than the eye.

You have to see with the heart as well.