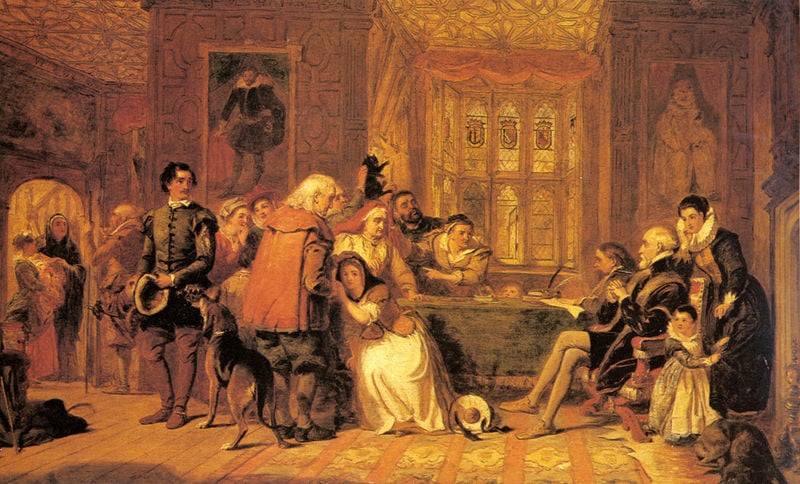 On Thursday, President Trump called the appointment of a special counsel to investigate his campaign's ties to Russia "the single greatest witch hunt of a politician in American history!" He's right.

In its heyday in the 16th and 17th centuries, witch hunting in Europe and America was done by legal process. A prosecutor or inquisitor would bring a charge, take testimony from accusers and witnesses, examine the alleged perpetrator (often under torture), and if the crime of maleficium was proved, condemn the witch to death.

Most of those convicted were women of a certain age, but government leaders -- politicians -- were not immune from prosecution. The Devil had human agents everywhere, communicating mysteriously and holding secret meetings, doing bad things to advance his evil empire.

In the 1700s, learned opinion turned against belief in witchcraft, and classic witch-hunting became a thing of the past on both sides of the North Atlantic. The thousands of witches burned at the stake and hanged came to be seen as innocent victims of moral panic.

Then, during the Red Scare after the Russian Revolution, "witch hunt" became a metaphor.

Testifying before a Senate subcommittee in 1919, the left-wing evangelical pastor and economist Raymond Robins said that the way to combat Bolshevism was "not by a witch hunt, nor by hysteria, but by strong, intelligent action, the intelligent action of Senators of the United States making a report that gets before the people the truth of the situation and mobilizes the consciences and the intelligence of the men and women of our land."

"What do you mean by 'witch hunt,'" asked Sen. Lee S. Overton (D-NC), the subcommittee chairman.

"I mean this, Senator. You are familiar with the old witch-hunt attitude, that when people get frightened at things and see bogies, then they get out witch proclamations, and mob action and all kinds of hysteria takes place."

"This committee has been called a witch hunt," Overton replied.

"I wish to make no possible sort of criticism of the committee," said Robins. "I wish to say that I have never been treated more fairly than I have been here."

The next big witch hunt came after World War II, with Sen. Joseph McCarthy (R-WI) leading a senatorial search for communists in the U.S government. In 1953, Arthur Miller's play The Crucible turned the metaphor on its head, using the Salem witch trials as an allegory for McCarthyism.

Of course, just because it's called a witch hunt doesn't mean you never catch a witch. A few Russian agents were tracked down, tried, and sent to prison or executed.

Communism is now a dead letter, but Putinist Russia has become almost as much of a geopolitical adversary as the Soviet Union ever was. The Russian threat is back, but never has there been a situation comparable to what former FBI director Robert Mueller is charged with investigating.

If the American president and some of his closest advisors are found to have colluded with Russia and acted on its behalf, it would be the secular equivalent of what the old-time witch hunters thought they were pursuing.

“I just fired the head of the F.B.I. He was crazy, a real nut job,” President Trump told Russians officials in the Oval Office earlier this month, according to an internal White House read to the New York Times by an American official. “I faced great pressure because of Russia. That’s taken off.”

So go ahead and call it the single greatest witch hunt of a politician in American history. The president has earned it.