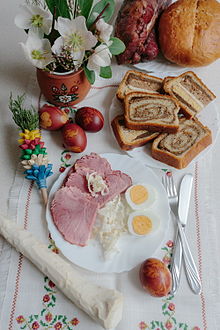 So here’s what we know about the third stop on President Trump’s tour of major Abrahamic religion sites.

In contrast to the leaders of Saudi Arabia and Israel, Pope Francis did not exactly roll out the red carpet.

He squeezed Trump into an early morning slot so as not to have to cancel or delay his regular Wednesday general audience in St. Peter’s Square. And because of the gathering crowd, the President of the United States was ushered into the palace through a small side entrance used by Vatican employees.

It was hard not to think of Jesus’ famous mot about it being harder for a camel to get through the eye of a needle than for a rich man to get into the kingdom of heaven.

Then, during the meet-and-greet with the Trump entourage, Francis proceeded to make a fat joke at the President’s expense, asking his wife, “What do you give him to eat, potica?” A sweet Slovenian nut roll of which the pope is himself fond, potica is inarguably fattening.

Of the subsequent private meeting that followed with only a translator present, the communiqué issued by the Vatican indicates that discussion between the two men ranged from areas of presumed agreement (“life,” freedom of religion and conscience, peace and protection of Christian communities in the Middle East) to those of presumed disagreement (health care and assistance to immigrants).

Of climate change and whether Trump will pull the U.S. out of the 2015 Paris Agreement the communiqué makes no mention. But we may infer that Francis was sending a message by giving Trump a copy of his climate change encyclical, Laudato Si’.

Trump said he’ll be reading it. One can hope. At 180 pages, it’s likely the longest thing he’ll have read since taking office.

Signs of the Times
US Catholic bishops’ response to McCarrick report is sad but predictable
News
Vatican and US join to condemn rising anti-Semitism
News
Vatican cardinal says ouster deprived him of possible papacy
Opinion
William Barr and the politics of death
Signs of the Times
McCarrick scandal shows why popes, like John Paul, should not be canonized