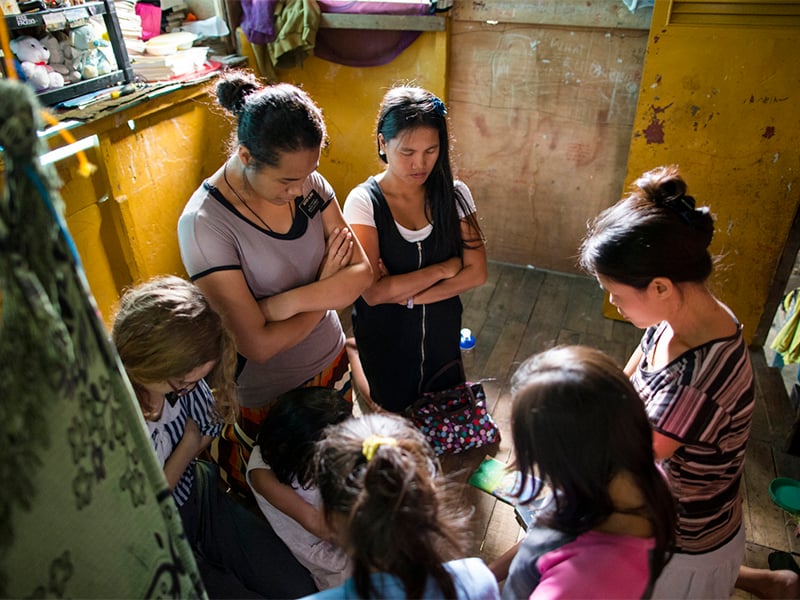 SALT LAKE CITY — They wear bike helmets and seat belts. They travel in pairs and follow a strict routine, making sure to be in bed by 10:30 p.m. They spray their clothes with mosquito repellent and watch out for faulty heaters. They don't swim, drink or engage in risky behavior and are carefully supervised.

But Mormonism's nearly 70,000 full-time missionaries are assigned to nations across the globe, where they spend two years or 18 months looking for potential converts. That means some toil in dangerous locales. Some have witnessed or been victims of horrific violence, natural disasters and political instability, where they have had to flee from gun-toting rebels, car-burning protests and charged rallies. Many have survived muggings, train wrecks, dengue fever and other assorted diseases.

Now the world seems to be getting even scarier. But how bad is it for the faith’s army of proselytizers?

This week, officials in the Utah-based Church of Jesus Christ of Latter-day Saints are sending a lengthy, detailed — and anonymous — survey to its young force of male and female missionaries, asking pointed questions about their safety.

Mormon authorities want to know what it’s like on the front lines for these 62,000 emissaries.

“The safety of missionaries is of great importance to the church,” LDS Church spokesman Eric Hawkins said in a statement. “This survey is to help us better understand the day-to-day experiences and perceptions of missionaries around the world related to physical safety.”

No single act or series of occurrences triggered the outreach, he said. Rather, the survey contains questions about whether missionaries have experienced or observed physical harm, such as being punched, kicked, choked, restrained, bitten by a dog or in any other way injured.

It also asks about harassment, including obscene gestures, catcalls, exposure or stalking. It wants to know if respondents have been grabbed, groped, kissed or otherwise sexually assaulted — and, if so, when and where.

One section has queries about housing — whether missionaries feel safe and have fire escapes and clean water.

Identities will be kept confidential — even the respondents’ mission presidents won’t have access to them — to guarantee candor.

“The data from this survey will help us identify areas or circumstances where missionary safety may be at the greatest risk,” Hawkins said. “We intend to use the results to review and modify, as needed, missionary safety guidelines and instructions.”

LDS leaders believe these zealous volunteers “are divinely watched over in the work they perform,” he said. “However, we believe it’s important to understand their circumstances and make appropriate adjustments when needed.”

Hawkins added that the results may spur leaders to “alter assignments or provide missionaries with more specific guidelines to enhance their safety.”

One such adjustment happened last year, when an outbreak of Zika virus and other mosquito-borne ailments prompted the church to allow female missionaries to wear long skirts or dress pants — typically forbidden in the dress code — to protect themselves from insect bites. That change affected missions in Africa, Asia, the Caribbean, Central America, Europe, Mexico, the Pacific, Philippines and South America.

Traditionally, though, Mormon missionaries suffer fewer accidents and deaths than others in their age cohort — starting at 18 for “elders,” or men, and 19 for “sisters,” or women.

That’s partly because they are “instructed to minimize the objects they have with them and only carry cash sufficient for that day’s needs,” the church’s policy states.

“If accosted by thieves, missionaries are trained not to resist, to avoid confrontation and to give up whatever money they have.”

In 2013, about a dozen Mormon missionaries died, well above the typical average, which hovers between three and six a year.

However, even the higher number remained well below death rates for those same age groups across U.S. and world populations — as tracked by the World Health Organization and several prominent academic journals. Like-aged rates of death for non-missionaries are six to 20 times higher, depending on the measures used.

Still, there have been occasions in which Mormon emissaries were evacuated from a country.

In the 1970s, missionaries in Argentina were given codes to call to find out whether to stay put or head to Buenos Aires, should that country go to war with Chile (it didn’t).

In the 1980s, Haiti was rocked by coups, and elders and sisters were locked down each time.

In 2004, senior LDS couples in Siberia had to keep passports and cellphones on them at all times and couldn’t wear their missionary name tags in certain neighborhood or cities because of tensions with the United States.

In recent years, civil unrest in Ukraine and the Ebola outbreak in Liberia and Sierra Leone caused church authorities to withdraw or move some missionaries to more stable regions.

In 2013, an 18-year-old missionary was among survivors of a horrific train derailment in Spain that killed at least 80 people. And last year, several missionaries were severely wounded in the terrorist bombing at an airport in Belgium.

But missionaries can’t stay out of airports, or urban centers, for that matter. These young Latter-day Saints often find their greatest spiritual successes among the down-and-out in rough neighborhoods — including U.S. inner cities — teeming with hostilities and potential threats.

By hearing directly from missionaries, Mormon authorities hope to balance these competing needs: finding people to baptize while keeping the baptizers from harm.

“Listen to and follow the promptings of the (Holy) Spirit, which can warn you of danger,” the faith’s so-called “white handbook” counsels missionaries.

But surveys from the actual troops can help, too.