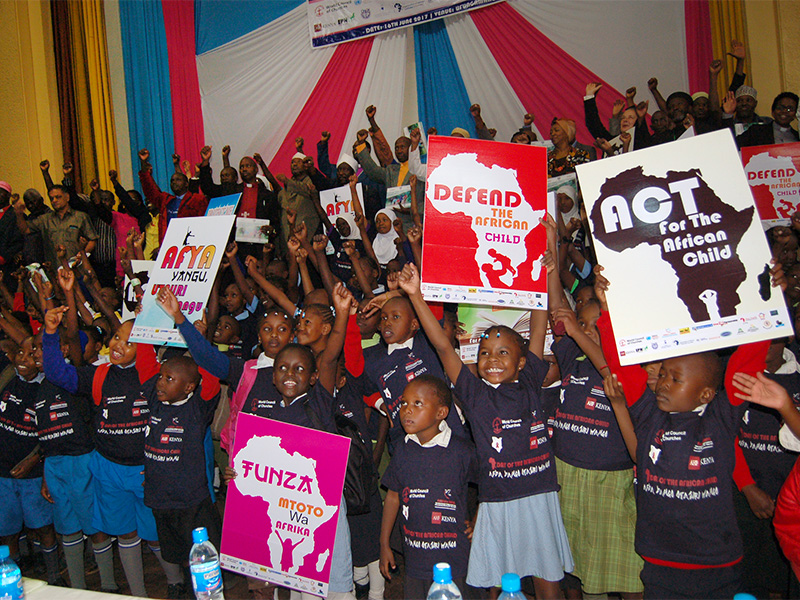 NAIROBI, Kenya (RNS) Kenyan faith leaders called on pharmaceutical companies to prioritize the development of affordable, easy-to-swallow HIV drugs for children as part of the Day of the African Child event.

Joining in a procession, speeches, dances and songs to mark the day, the leaders stressed the urgency of the issue. An estimated 26,000 children living with HIV in Kenya need treatment, but are not receiving it, they said. In addition, more than 9,000 cases of pediatric tuberculosis were recorded in 2016, the leaders noted.

“Pharmaceutical companies must ensure that children-friendly HIV and TB regimens are available, as this is one of the key challenges facing the treatment and care of pediatrics,” said Anglican Archbishop Jackson Ole Sapit of Kenya.

The leaders used the occasion to recall the Soweto uprising of June 16, 1976 in which black South Africans protested the introduction of Afrikaans as a key language for instruction in local schools. Rioters were met with police brutality and hundreds were killed.

Ole Sapit said faith communities were places of refuge and hope for children, and urged all to open their doors to them.

Sheikh Adan Wachu, secretary general of the Supreme Council of Kenya Muslims, cited key barriers to treatment services and improved care for children among the Muslims.

“I urge all Muslim leaders to lead in sharing facts about HIV and TB,” said Wachu.

In a broad list of recommendations, the leaders want schools to become stigma-free environments. They want nutrition that supports anti-retroviral therapy and increased testing for babies at birth.

The World Council of Churches, in partnership with the Kenya chapter of a global network of religious leaders affected by HIV or AIDS (INERELA+ Keny), sponsored the event.

(Fredrick Nzwili is a correspondent based in Nairobi)