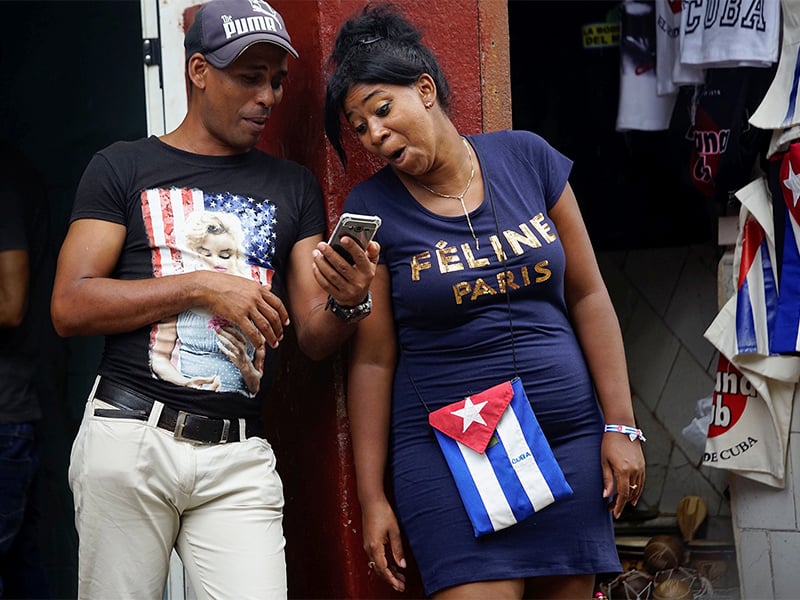 (RNS) Disappointed with President Trump's decision to reverse U.S. policy on Cuba, a committee of American Catholic bishops is calling on the president to keep ordinary Cubans in mind as he curtails trade and tourism.

"I was saddened to learn that President Trump scaled back our country’s bilateral engagement with the island nation," Bishop Oscar Cantú of Las Cruces, chairman of the U.S. Conference of Catholic Bishops' Committee on International Justice and Peace, said in a statement Monday (June 19).

While Trump plans to roll back Obama Cuba policies that have significantly buoyed the island's economy, he does not intend to break the diplomatic relations re-established in 2015 — 54 years after they had been severed.

Cantú said he hopes the president will "consider the ramifications for many ordinary Cubans who have taken advantage of new opportunities to support their families."

Working behind the scenes, Pope Francis helped broker the rapprochement between Cuba and the U.S., which lifted the American embargo on the island.

"I am canceling the last administration's completely one-sided deal with Cuba," Trump said, criticizing Obama for ignoring the human rights abuses of the Castro regime.

While Cantú said Trump was right to call out Cuba for its continuing abuse of human rights, he said the administration should remember Pope Francis' call for the two nations to come together in dialogue.