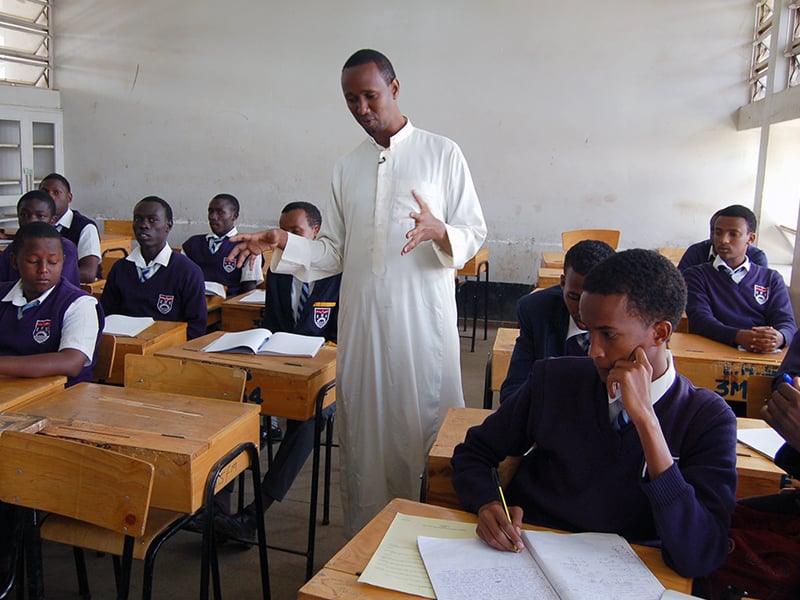 NAIROBI, Kenya (RNS) Religious leaders in Kenya have welcomed a government move to recruit chaplains for all public high schools as a measure intended to improve discipline and staunch unrest.

The leaders say such a move would help promote good morals.

Education Cabinet Secretary Fred Matiang’i’s announcement that the government was prepared to fund the chaplaincies was greeted warmly.

“This is a welcome move and we encourage it,” said Anglican Bishop Joseph Kagunda of Mount Kenya West Diocese.

The bishop said the presence of chaplains at two schools this past year helped reduce discipline problems.

“We have also learned that the students open up more to the chaplains than their teachers,” said Kagunda.

The chaplains will be recruited, hired and paid by the government. Kenya, which is 83 percent Christian and 11 percent Muslim, has no state religion in its Constitution.

The Teachers Service Commission, the government teachers’ employer, will vet the chaplains, alongside religious leaders.

Government officials say they will be expected to offer day–to-day pastoral care to the students and work as teachers. They are required to be 45 years old or younger.

“We have been blaming the youth, but we have not accompanied them in the development of values and virtues,” said Njiru.

“Good morals are largely missing and I think this is a right move,” said Ngao. “We need to give the students values that help them do good things.”

But the sheikh said schools with students of more than one religious group should hire two chaplains.

“This is good for the coexistence of faiths and the interfaith dialogue,” said Ngao. “They should not try to convert the students or radicalize them.”

Unrest at Kenya’s high schools’ over the years has been blamed on lax discipline, drug abuse, parents’ neglect and administrators’ high-handedness, among other factors. In 2016, a total of 483 infractions were reported, with over 200 being arson-related.