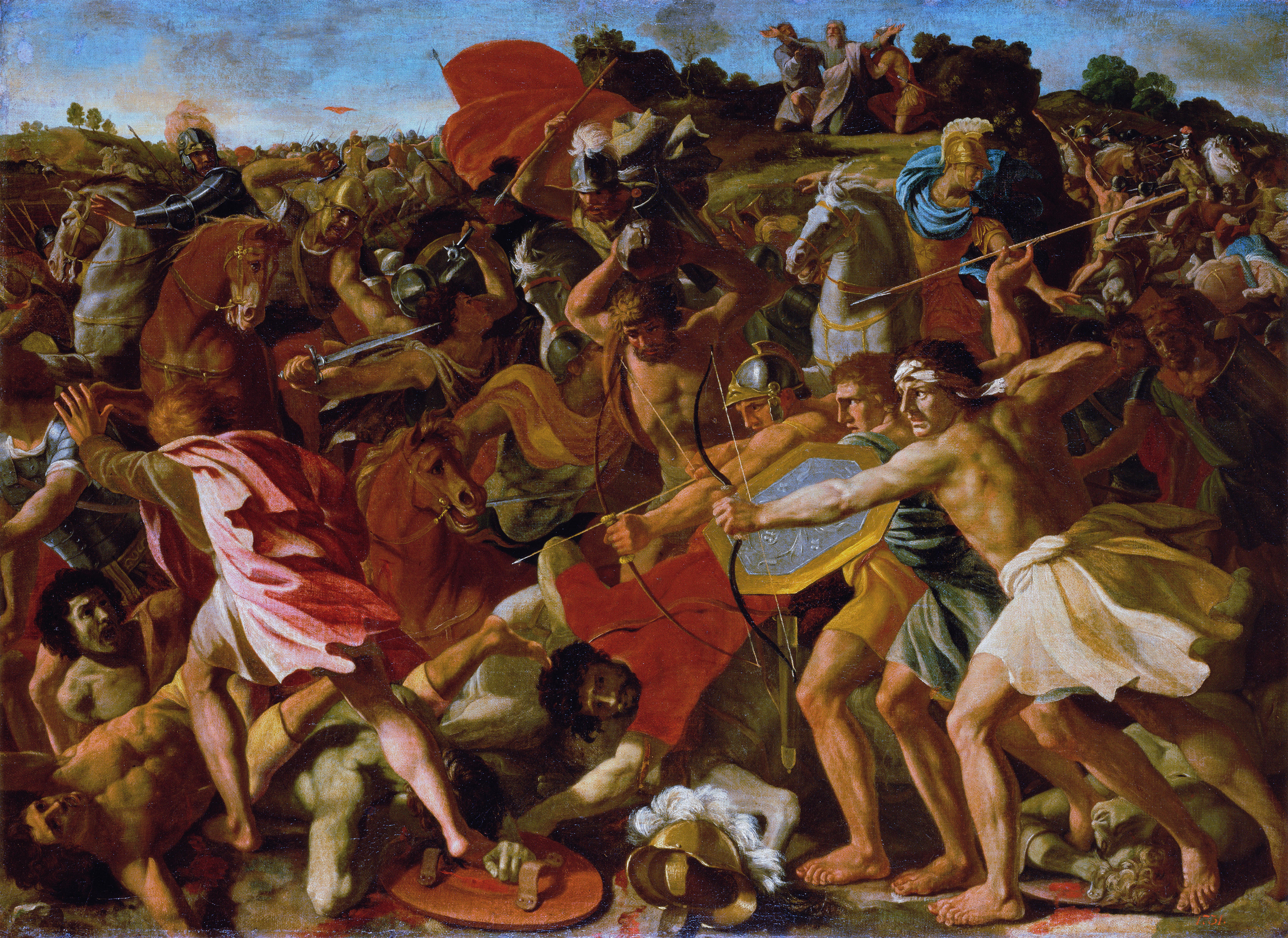 The following is an adaptation from "Sinners in the Hands of a Loving God." I have decided to feature it here because it was one of the most profound and readable theological reflections that I've encountered in my life. I highly recommend that you order it.

Even a casual reader of the Bible notices that between the alleged divine endorsement of genocide in the conquest of Canaan and Jesus’s call for love of enemies in his Sermon on the Mount, something has clearly changed.

Once we realize that Jesus is the perfect icon of the living God, we are forever prohibited from using the Old Testament to justify the use of violence. Using Scripture as a divine license for the implementation of violence is a dangerous practice that must be abandoned by we who walk in the light of Christ. If we hold to the bad habit of citing the Old Testament to sanction our own violence, how do we know that we won’t use those texts to justify a new genocide? This isn’t inflammatory rhetoric but a legitimate question. It’s a legitimate question because the Old Testament has been used by Christians to justify genocidal violence. This was the very justification used by European and American Christians during the American Indian genocide in North America. Here is just one example.

In 1637 the English colonial leadership in Connecticut sought to launch a war of aggression against the Pequot tribe for the sole purpose of acquiring their cultivated land. A war party of ninety settlers was raised and placed under the command of John Mason. When some of the colonists expressed moral qualms about launching an unprovoked attack on their peaceful neighbors, the matter was referred to their chaplain, the Reverend John Stone. After spending the night in prayer, Reverend Stone “was ‘fully satisfied’ with Mason’s proposal.”

At dawn on May 26, 1637, the armed colonists attacked “the main Pequot village at Mystic Lake on the central Connecticut River, killing an estimated 400 to 700 Indians. Most of the dead were women and children—often historically the victims of ethnic cleansing—burned to death in their wigwams as the English slaughtered those who ran.” Captain Mason describes the slaughter in these words:

Thus was God seen in the Mount, Crushing his proud Enemies and the Enemies of his People…burning them up in the Fire of his Wrath, and dunging the Ground with their Flesh: It was the LORD’s Doings, and it is marvelous in our Eyes!

Notice how John Mason attributes the massacre of Pequot Indians to the actions of God. What followed over the next few months was the virtual extinction of the Pequot tribe. But apparently not all the colonists were comfortable with a Christian-led genocide. In his critically acclaimed history of Native America, The Earth Shall Weep, James Wilson writes,

There also seem to have been colonists with misgivings about what had happened. Captain Underhill was clearly replying to criticism when he wrote: “It may be demanded, Why should you be so furious? (as some have said). Should not Christians have more mercy and compassion?” He echoes Mason by taking his defence from the Old Testament, presenting the English—typically—as the put-upon underdog in a crusade against Evil:

…I would refer you to David’s war. When a people is grown to such a height of blood and sin against God and man… Sometimes the Scripture declareth women and children must perish with their parents… We had sufficient light from the Word of God for our proceedings.

There you have it. The Bible used to bless barbarism. Genocide justified in the name of God. (This kind of biblical justification of genocidal violence against the native peoples of North America continued throughout the seventeenth, eighteenth, and nineteenth centuries.) There is a sad and twisted logic to evoking God’s will as the rationale for ethnic cleansing. If Captain Joshua can claim God commanded the Israelites to kill Canaanite women and children, why can’t Captain Mason and Captain Underhill claim God commanded English colonists to kill Pequot women and children?

If you leave the door open to justify the Canaanite genocide, don’t be surprised if modern crusaders try to push their way through that same door and then cite the Bible in their defense. We need to say something more responsible about the depiction of God-endorsed violence in the Old Testament. We should acknowledge that in the late Bronze Age, Israel made certain assumptions about the nature of God, assumptions that now have to be abandoned in the light of Christ. It is abundantly clear from the Gospels that Jesus has closed the door on genocide, just like he has closed the book on vengeance.

Adapted from Sinners in the Hands of a Loving God. Copyright © 2017 by Brian Zahnd. Published by WaterBrook, an imprint of Penguin Random House LLC.