(RNS) — Two theology professors — the first Catholic, the second Protestant — trade perspectives on the heart of the divide between them.

In my book “Was the Reformation a Mistake?: Why Catholic Doctrine Is Not Unbiblical,” I aim to show that even if one disagrees with judgments made in the course of Catholic doctrinal development, the Catholic positions on nine disputed doctrines (Scripture, Mary, the Eucharist, the Seven Sacraments, monasticism, justification and merit, purgatory, saints and papacy) should not be rejected as unbiblical or as lacking in biblical grounding — at least given the Catholic view of biblically warranted modes of biblical reasoning.

Before proceeding, let me make some additional observations about whether the Reformation was a “mistake,” as my book’s title asks in light of the Reformation’s 500th anniversary.

I hold that the Reformers made mistakes, but that they chose to be reformers was not a mistake. There had to be a Reformation, and it is good that the Reformation shook up a status quo in Rome and elsewhere that was unacceptable and untenable. In this sense, the Protestant Reformation cannot be dismissed as a mere “mistake,” even if in my view it mistakenly deemed some Catholic doctrines to be unbiblical and church-dividing.

Protestants and Catholics agree that Scripture is God’s authoritative Word. The disputed question then is how God’s scriptural Word is handed on and interpreted. Having discovered to their dismay that (in their view) several of the Catholic Church’s doctrinal teachings were not in fact scripturally grounded, Luther and the other Reformers sought to renew the church on better doctrinal foundations.

I propose that Scripture teaches that the church is the faithful interpreter of Scripture under the guidance of the Holy Spirit. If this is so, then it follows that if the church failed to be able to faithfully determine matters of doctrinal truth for the whole people of God in each generation and across generations, Scripture itself would fail in its truth.

Paul’s second letter to Timothy describes just such a role for the church’s leaders, who are to “preach the word, be urgent in season and out of season, convince, rebuke, and exhort, be unfailing in patience and in teaching” (2 Timothy 4:2).

Indeed, 2 Timothy warns of a coming time when each member of the church will want to determine for himself or herself what Scripture means: “For the time is coming when people will not endure sound teaching, but having itching ears they will accumulate for themselves teachers to suit their own likings, and will turn away from listening to the truth and wander into myths” (2 Timothy 4:3-4).

When people simply follow “their own likings,” the necessary stance of self-effacing obedience to God’s Word goes missing. Such a situation does not measure up to the scriptural depiction of authoritative leaders such as Peter, Paul and Timothy (as well as Moses, Joshua and Josiah), who are commissioned by God to serve God’s people.

The church has authoritative leaders appointed by Christ, and their interpretations are binding for the whole people of God under the guidance of the Holy Spirit. This does not mean that the church’s authoritative leaders make no errors, since they obviously do so. It means solely that they are preserved, in their solemn determinations of binding doctrine, from an error that would negate the church’s mediation of the true gospel to each generation and that would negate the church’s standing as “the pillar and bulwark of the truth.”

Everyone can agree that the church needs leaders and that these leaders will exercise teaching authority. The question is whether and when the teaching of these leaders is normative, that is to say, is sustained in truth by the Holy Spirit in order to enable believers over the centuries to receive “sound teaching” about the Word of God.

The Catholic Church holds that due to the working of the Holy Spirit rather than to human power, the successors of the apostles are able truthfully to do what the apostles and elders meeting at Jerusalem did, with the result that the church over the centuries does not fail in the truthfulness of its mediation of the gospel.

(Matthew Levering is the Perry Family Foundation professor of theology at Mundelein Seminary, University of St. Mary of the Lake, in Mundelein, Ill.)

Probably more has happened in the last 50 years to reshape the Roman Catholic/Protestant division than in the entire 450 years that preceded it. For example, since Vatican II there has been a new openness in Rome to non-Catholics and a new concern for biblical interpretation.

If the Reformation was primarily about being biblical (i.e., sola scriptura), does Levering’s claim that Catholic doctrine is not unbiblical finally put to rest the issue that prompted Luther’s protest? Is the Reformation over, or are we simply over the Reformation and its divisive concern for establishing doctrines biblically?

In any case, the pertinent question is not simply historical (“Was the Reformation a mistake?”) but contemporary (Is reformation ongoing and still necessary?).

I will concentrate on Levering’s underlying assumptions and overall approach, namely, his theological method — the way he appeals to Scripture, church and church tradition to develop and defend doctrinal arguments. The real issue is not whether Roman Catholics use the Bible to do theology (they do) or accord it authority (they do), but rather whether they accord Scripture supreme authority in its own interpretation (they don’t).

The real dispute pertains to the status and interpretation of the Bible in the church. I agree with Levering’s claim that “Scripture teaches that the church is the faithful interpreter of Scripture under the guidance of the Holy Spirit,” although we disagree about the referent of “church,” the manner of the Spirit’s guidance (i.e., does the Spirit primarily guide the bishops or, more narrowly, the magisterium or, more broadly, the whole company of the faithful?), and about the consistency of the church’s faithfulness.

Levering suggests that Protestants “think about” Scripture apart from a liturgically inflected and communal process, as if the paradigm Protestant interpreter was an individual at home in his or her study. The Bible cannot be isolated from the community in which it lives and moves and has its being, the church.

Levering is entirely correct to call attention to the importance of reading Scripture in the context of the believing and worshipping community of believers. Here too, however, everything depends on how we describe the church’s interpretive activity. For example, is it more appropriate to describe the church as a people of the book (i.e., Luther’s “creature of the Word”) or Scripture as the book of the people (i.e., creature of the church)? Will the real authorizing agency please stand up?

For Levering, “tradition” is itself the mode of biblical reasoning. For Protestants, the crucial question is whether Scripture can trump the “tradition” of its ecclesial interpretation (spoiler alert: Yes, it can!).

The real issue when Protestants and Catholics come to differing biblical interpretations is the locus of authority. For Catholics, the true meaning of Scripture is a joint product of the biblical text and the church’s developing tradition of reading it. For Protestants, the church’s say-so does not make it so. Beneath the surface skirmishes over scriptural interpretation lies the deeper disagreement over the lordship of Christ and the place of the church in the pattern of interpretive authority.

I want to suggest that the real conflict between Protestants and Roman Catholics is not between Scripture and tradition but between catholicism and one particular tradition (Romanism). What disagreements I may have with Levering have less to do with his drawing on catholic tradition, much less biblical theology, than they do with the way his underlying Romanism — by which I mean the pattern of theological authority that gives pride of interpretive place to the Roman magisterium — exaggerates the nature and function of the institutional church.

I argue that Catholic doctrine falls short of being biblical in the way that most mattered to the Reformers, namely, by according supreme authority to the Spirit speaking in the Scriptures even in matters of interpretation. Here I stand, reluctantly obliged to judge the Roman mode of biblical reasoning an example of not sola but sorta scriptura. 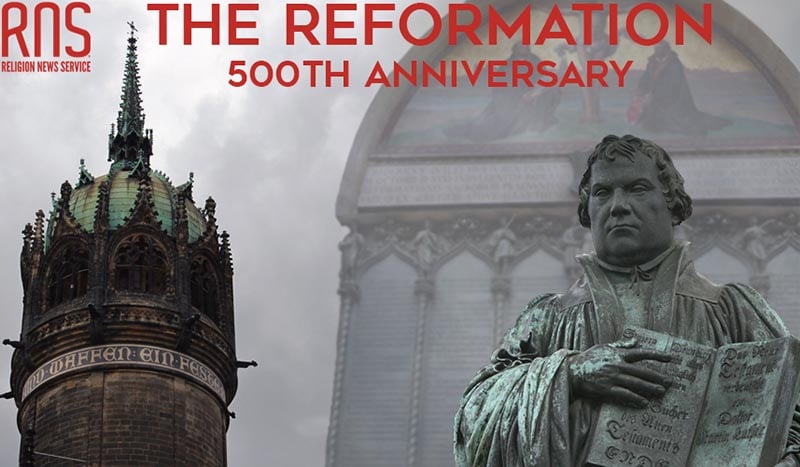