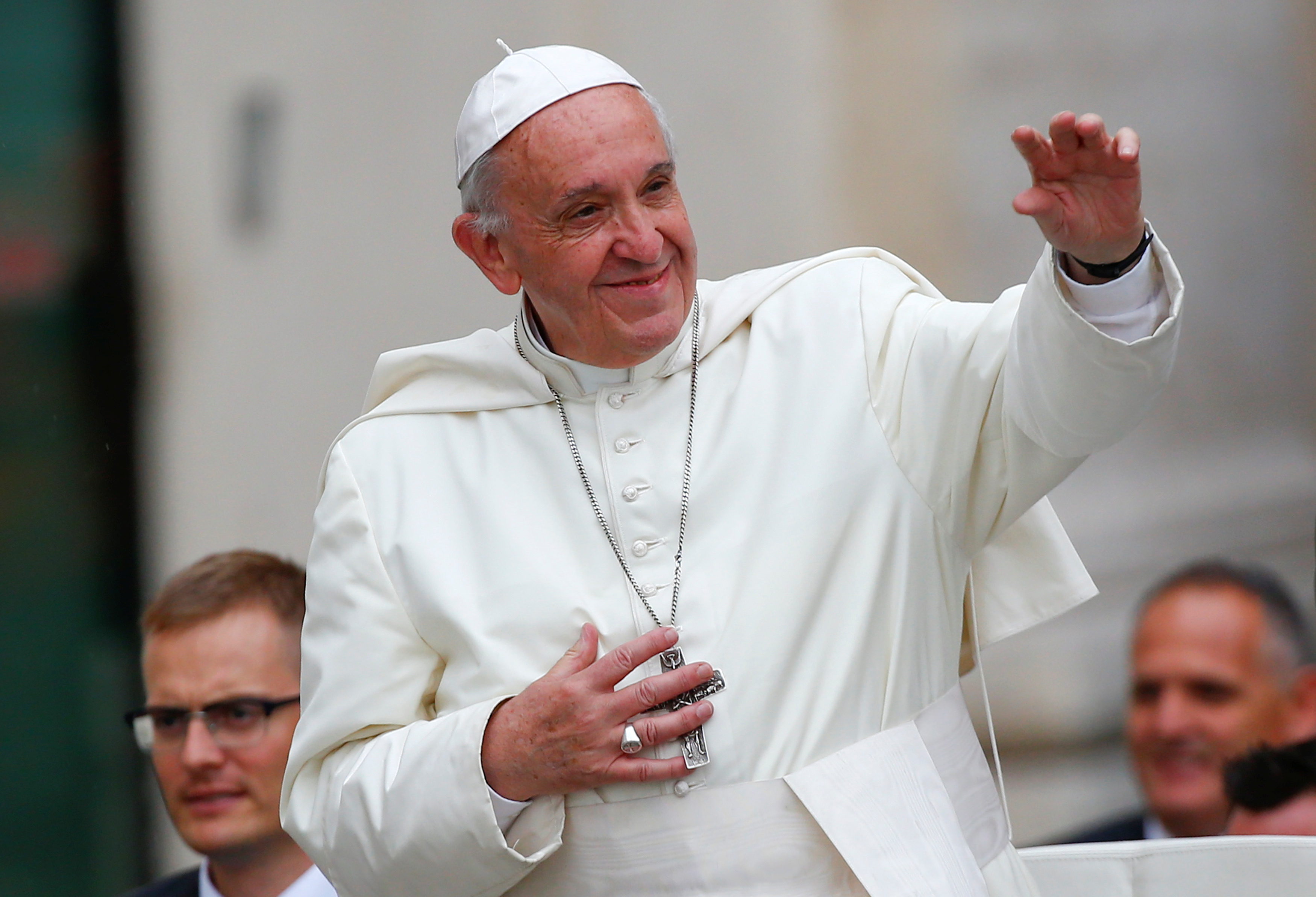 VATICAN CITY (AP) — Pope Francis warned that "humanity risks suicide" with the increased threat of nuclear confrontation between the U.S. and North Korea — a threat that will dominate a Vatican conference gathering 11 Nobel peace laureates, top U.N. and NATO officials and ambassadors from key countries.

The Vatican announced details of the Nov. 10-11 conference Monday (Oct. 30), saying it was part of the Vatican's long-standing effort to promote a world free of nuclear weapons. Vatican spokesman Greg Burke denied that the conference, first reported by La Repubblica newspaper, represented a mediation effort by Francis.

The pope has already urged Washington and Pyongyang to step back from the brink of war and accept mediation efforts by others, telling reporters in April that "a good part of humanity" would be destroyed if tensions on the Korean Peninsula escalated.

On Monday, Francis visited staff of the Vatican office organizing the conference and warned that "humanity risks suicide" with nuclear war, Flaminia Giovanelli, undersecretary in the office, told Vatican Radio.

Francis is due to address the conference on its opening day. Top speakers include Beatrice Fihn, executive director of this year's Nobel Peace Prize winner, the International Campaign to Abolish Nuclear Weapons; the former head of the U.N.'s nuclear agency, Mohamed ElBaradei; and the NATO deputy secretary-general, Rose Gottemoeller of the United States.

Several people will offer personal testimonies, including Masako Wada, who survived the atomic bombing of Nagasaki and has gone on to become a prominent disarmament activist.

It wasn't immediately clear whether North Korea or China would be represented at the conference. Neither has diplomatic relations with the Holy See.