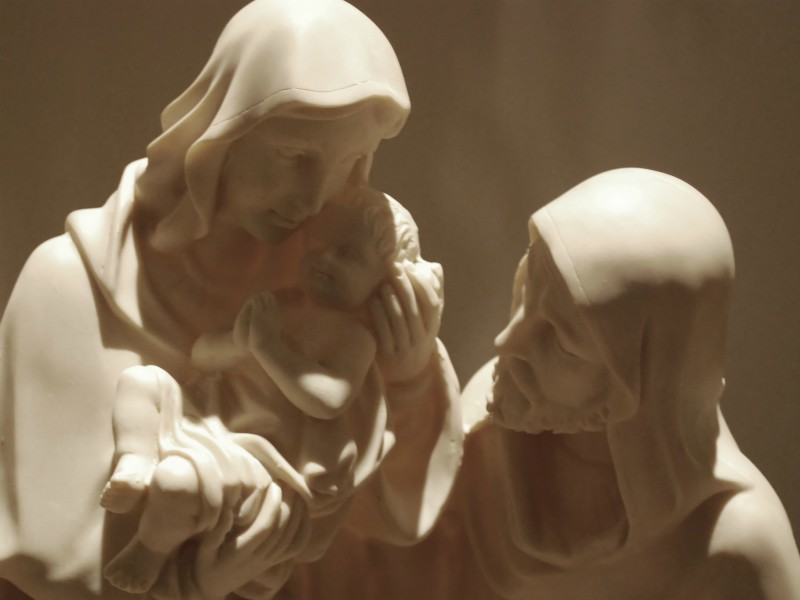 (The Conversation) — On Nov. 13, a fifth Alabama woman came forward to accuse Roy Moore, former judge and current GOP Senate candidate, of sexual assault when she was 16.

Condemnation of Moore has been widespread, but Moore himself vehemently denies these allegations. He has backing from many in Alabama.

One of his most controversial statements of support came from Alabama State Auditor Jim Zeigler, who declared, “There’s nothing immoral or illegal here… Maybe just a little unusual.”

Zeigler went on to appeal to the Christian story of Mary and Joseph:

“Take Joseph and Mary. Mary was a teenager and Joseph was an adult carpenter. They became parents of Jesus.”

I find the allegations against Moore repulsive. But, in addition, as a scholar of early Christianity, Zeigler’s remarks took my breath away. As most Christians would know, an important tenet of Christian theology is that Jesus was born of a virgin mother.

However, there are many other little-known details in early Christian storytelling about the relationship between Mary and Joseph that I learned while researching my book, “Jesus, Mary, and Joseph: Family Trouble in the Infancy Gospels.” Early Christians believed that Mary and Joseph did not have sex, but there was much more that was worth learning from that relationship.

The Christian Bible includes four gospels, or narratives, of the life of Jesus. Two of them, the Gospel of Matthew and the Gospel of Luke, include accounts of Jesus’s birth. These two versions of the “Christmas story” supply almost all of the details about Mary and Joseph that can be found in the Christian Bible.

In Matthew 1-2, readers learn about the birth of Jesus in Bethlehem, the visit of the Magi, or “wise men,” to see the newborn and the flight of the holy family to Egypt in order to escape King Herod’s killing of infants. Luke 1-2 describes the birth of John (the cousin of Jesus), an imperial census under the Roman Emperor Augustus and the appearance of angels celebrating the birth of Jesus in the skies above Bethlehem.

Both the gospels seem to agree that Mary conceived by supernatural means, not through sexual intercourse. Meanwhile, whatever Zeigler claims, neither the Gospel of Matthew nor the Gospel of Luke specifies the ages of Mary and Joseph.

The earliest source to mention ages is another ancient Christian gospel: the Proto-gospel of James. This gospel is a prequel to the more familiar stories of the first Christmas found in the Christian Bible. It was written in the second century A.D., a hundred years or so after the gospels of the Christian New Testament. Critically, it is mostly unknown to Christians because it is not found in their Bibles.

Even so, the Proto-gospel of James is an important witness to the things that mattered to early Christians. The relationship of Mary and Joseph is one of them.

The Proto-gospel of James tends to fill in gaps left by the Gospels of Matthew and Luke. This, for example, is where readers can learn about the parents of Mary – Joachim and Anna – and about the divine intervention that leads to Anna’s conception of Mary.

This gospel also recounts the story of when Mary met Joseph, details absent from the Gospels of Matthew and Luke. In this telling, Joseph, an elderly widower, is chosen by lottery to take care of Mary, who is 12 years old at the time.

Like the Gospels of Matthew and Luke, the Proto-gospel of James reports that Mary does not conceive through sexual intercourse. She receives news from the angel Gabriel that she will become pregnant and bear a son, Jesus. But the Proto-gospel of James’s account adds a new wrinkle: Mary forgets about her encounter with the angel. When she realizes that she’s pregnant, she’s overcome with fear and confusion. Joseph is likewise confused by Mary’s pregnancy. He nevertheless remains loyal and protects the 12-year-old girl. He takes her to a cave outside of Bethlehem. Soon there is a blinding flash of light. As it recedes, a child appears.

Some of these details will be familiar to readers of the New Testament: the town of Bethlehem, for example, and the angelic announcement to Mary – the Annunciation – that she will become pregnant.

And then there are details that some Christians know from their religion that other Christians do not. Most Orthodox and Roman Catholics, for example, know the names of Anna and Joachim, the parents of Mary, even though they do not include the Proto-gospel of James in their Bibles. Most Protestant Christians, by contrast, will be unfamiliar with these figures.

In fact, the Proto-gospel of James is just one example of a wide range of gospels and other early Christian writings that are not included in the Christian Bible. The storytelling about the holy family alone could fill a bookshelf: There is the Infancy Gospel of Thomas, the Gospel of Pseudo-Matthew and the History of Joseph the Carpenter. Written at different times in different places, these accounts reflect the early Christian fascination with the household of Jesus, Mary and Joseph.

Love is not predatory

One final observation that is relevant to Jim Zeigler’s comments: The Proto-gospel of James goes a step further than the Gospels of Matthew and Luke in making the point that there was no sexual contact between Mary and Joseph.

In the Gospel of Matthew, Joseph overcomes personal anxiety about Mary’s pregnancy. In the Proto-gospel of James, the pregnancy of Mary becomes a matter of public scrutiny: Both Mary and Joseph must drink the “water of refutation,” a life-and-death ordeal designed to test the truth of their claims of not having had sex with one another. Both pass the test.

But the Proto-gospel of James is not just a story about the virginity of Mary, nor is it just about Joseph’s lack of involvement in the conception of Jesus. Mostly, it is a story about two people being swept up in events that they do not understand.

Together, Mary and Joseph risk everything despite not knowing what it all means. Amid the chaos, they learn to lean on each other. While Mary and Joseph do not, according to the Proto-gospel of James, have a physical relationship, they do love one another.

And love should not be compared to the predatory behavior alleged against Roy Moore.

(Christopher A. Frilingos is associate professor in the Department of Religious Studies at Michigan State University. This article was originally published on The Conversation. Read the original article.)