BOSTON (RNS) — As nearly 10,000 scholars of religion and the Bible shuttled among 300 sessions at a conference here last weekend, Donald Trump dominated the agenda.

Alarm about Trump’s presidency — and the anti-intellectual forces several scholars say he has empowered — pervaded the annual joint meeting of the American Academy of Religion and the Society for Biblical Literature, which ended on Tuesday (Nov. 21). 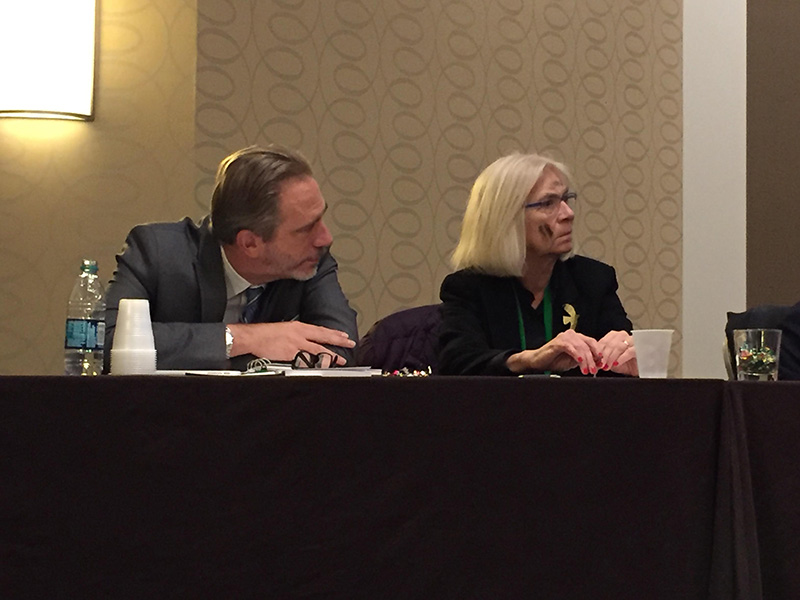 In the ensuing months they scrambled for responses to a Christian president who spent little time in church and whose key faith backers include a sizable proportion of prosperity gospel preachers.

This year, Trump was named in the AAR/SBL program 27 times. A book of essays, “Faith and Resistance in the Age of Trump,” was among the hottest sellers at the religion publishers’ exhibition hall.

Although the AAR officially welcomes scholars of all faiths and political leanings, in practice few conservative religious scholars attend the annual gathering. If they were present over the four days of meetings, they were largely silent as Trump was denounced as a danger to the values of free inquiry, diversity, inclusion and respect.

Academia in particular is under threat, said Gushee, an academic who also leads a Baptist congregation in Georgia. Republicans following Trump’s agenda are putting the squeeze financially on higher education. He highlighted budget cuts at state universities and proposed federal tax reform legislation that would tax the scholarships that support millions of graduate students.

But his primary fear was for the shadow he sees cast by a president who trades in what Gushee called “white American Christian tribalism.”

Publishing and teaching are no longer enough to combat forces that distort religious teachings, omit the social justice message of religion and instead support a racist, sexist and Islamophobic vision of America, he said.

Gushee’s platform for 2018, announced this week, zeroes in on the “civic responsibilities, opportunities and risks facing scholars of religion.” And the AAR board has added a second dimension to the mission statement. The original goal “to foster excellence in the study of religion” now adds a commitment to “enhance the public understanding of religion.”

The outgoing AAR president, Princeton professor of religion Eddie S. Glaude Jr., in his final address pointedly called on scholars to be champions of liberal education – “to know the best of what has been thought and said” – and become activists for religious literacy on and off campus. 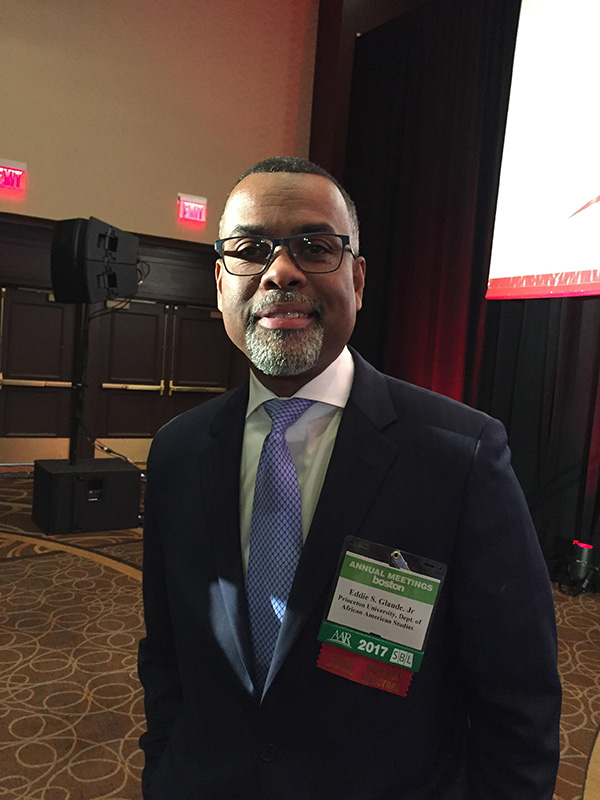 “These dark times call for a different kind of scholar. We must step into the fray,” Glaude said. He concluded, “If you choose to sit on the sideline, you have chosen a side.”

Hundreds of attendees did take a side Monday. They slipped away from the official sessions to join clergy at the historic Old South Church, where they donned sackcloth and ashes, religious symbols of mourning, and issued a “Boston Declaration” of opposition to the president’s agenda.

The Rev. Susan Thistlethwaite, former president of Chicago Theological Seminary, smeared ashes again on her face later that afternoon when she joined fellow authors of essays included in “Faith and Resistance” for a panel where she called for “embodied activism.”

However, Trump and his agenda was not the only topic fueling activist fires at the conference.

There was brouhaha over a scheduled Sunday panel on boycotting as a religious act. It was originally planned to feature both supporters and opponents of the controversial Boycott, Divestment and Sanctions Movement, which orchestrates economic, political and social pressure on Israel over its treatment of Palestinians.

But when the two speakers opposed to BDS withdrew in advance, the AAR board, after hours of discussion, decided to “postpone” the formal panel and substitute for it an “open discussion,” held at a prime time and place, said Glaude.

The London-based nonprofit Islamic Human Rights Commission tweeted its response, referring to a law professor and Palestinian-American activist: “The American Academy of Religion leadership has cancelled a panel on #BDS, which Dr. Hatem Bazian was supposed to be part of. Censoring #Palestine and #BDS at the AAR is unacceptable.”

The American Academy of Religion leadership has cancelled a panel on #BDS, which Dr. Hatem Bazian was supposed to be part of. Censoring #Palestine and #BDS at the AAR is unacceptable: https://t.co/vySheZDIUz pic.twitter.com/T5FqOoJ9LF

The cries of censorship from BDS backers quieted after four pro-Palestinian presentations Sunday afternoon at the “open discussion” and a talk Monday in the AAR’s main ballroom by Linda Sarsour, a Palestinian-American Muslim activist for social justice and Palestinian rights. Glaude invited her months ago to be one of the speakers who could speak on the theme of his presidency – the vulnerable in society.

Also present in the Boston meeting halls: a sign campaign urging tenured scholars to don badges of support for underpaid adjunct faculty’s push for better wages and benefits. Thistlethwaite, still wearing her ashes, held up her badge and charged the audience to show solidarity with the “serfs” of academia.

“If you want to change theological education, it’s not what you as teachers say, it’s what you do,” she said. “Don’t tell me you are going to resist Trump and not resist this system in your own institutions.”