(RNS) — President Trump has signed presidential proclamations to shrink two Utah national monuments in a move that Native American tribal leaders, clergy, environmentalists and other opponents have described as the largest elimination of protective status for land in American history.

Most notably, the move on Monday (Dec. 4) would shrink the 1.5-million acre Bears Ears National Monument in southern Utah, considered sacred by a number of Native American tribes, by 85 percent, according to plans leaked ahead of the announcement. It would divide it into two smaller areas — Indian Creek and Shash Jaa (Navajo for “Bears Ears”), the White House confirmed in a written statement.

It also would nearly halve the size of Grand Staircase-Escalante National Monument, also in southern Utah, splitting it into three units.

“Some people think that the natural resources of Utah should be controlled by a small handful of very distant bureaucrats located in Washington, and guess what: They’re wrong,” Trump said Monday in Utah.

“The families and communities of Utah know and love this land the best, and you know the best how to take care of your land. You know how to protect it. You know best how to conserve this land for many, many years to come.” 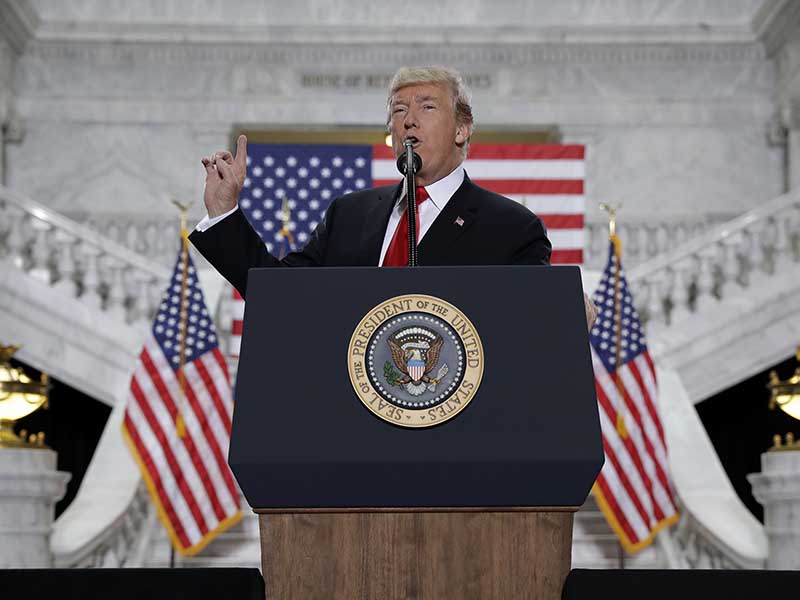 About 3,000 people gathered outside near the Utah State Capitol to protest the decision, along with a “handful” of counterprotesters, The Associated Press reported.

“This is a sad day for indigenous people and for America,” Navajo Nation Vice President Jonathan Nez said in a written response to the decision.

“However, we are resilient and refuse to allow President Trump’s unlawful decision to discourage us. We will continue to fight in honor of our ancestral warriors who fought for our way of life, for our culture and for our land too.”

Trump said Monday that former Presidents Obama and Clinton had “severely abused the purpose, spirit and intent” of the 1906 Antiquities Act in creating the Bears Ears and Grand Staircase-Escalante monuments, respectively.  Their actions actually kept many Native Americans from practicing “their most important ancestral and religious traditions” on the land, Trump said.

Many presidents have used the Antiquities Act to create new monuments, but none have used it for a “full-scale revoke and replace” of a national monument, Native American Rights Fund attorney Natalie Landreth said in a press call Friday, ahead of the official announcement, and experts argue whether the act gives a president that authority. The White House has pointed out that former President Wilson cut Mount Olympus National Monument in half in 1915.

Obama created Bears Ears National Monument near the end of his second term after he was urged to by the Bears Ears Inter-Tribal Coalition, making it the first national monument ever to be created at the request of sovereign tribes. The coalition includes the Hopi Tribe, Navajo Nation, Ute Mountain Ute Tribe, Pueblo of Zuni and Ute Indian Tribe, all of whom consider many sites within Bears Ears sacred.

Those tribes were not consulted as the Trump administration weighed Monday’s decision and they plan to sue, Navajo Nation Attorney General Ethel Branch said during the press call.

“These are tribes that have historical differences that don’t typically ally,” Branch said.

“That’s part of the story of Bears Ears bringing people together. These lands have incredible healing qualities and peace-based qualities. It’s ironic that these lands and the protections they now have face destruction.”

Bears Ears is “where tribal traditional leaders and medicine people go to conduct ceremonies, collect herbs for medicinal purposes, and practice healing rituals stemming from time immemorial, as demonstrated through tribal creation stories,” according to the coalition’s website.

An additional 30 tribes also have expressed their support for protecting the region from looting, vandalism and development, it said.

So have a number of Mormons, citing their own history at Bears Ears and their respect for others’ religious beliefs and practices, as have organizations and companies such as the National Wildlife Federation and Patagonia, which have expressed concern that wildlife migration could be disrupted without protection.

Andrew Black, a Presbyterian pastor and director of community relations, education and veterans outreach for the New Mexico Wildlife Federation, organized a trip last month for nearly 30 Christian and Jewish clergy members to meet with tribal leaders at Bears Ears.

“My sense was more people who have a sense of the sacred and for spirituality need to go out and see this land, be on this land, be in communion with this land and the wildlife and everything that’s around it and the local communities, because when you are in that place, there is no doubt it is an incredibly sacred and powerful place,” Black said. 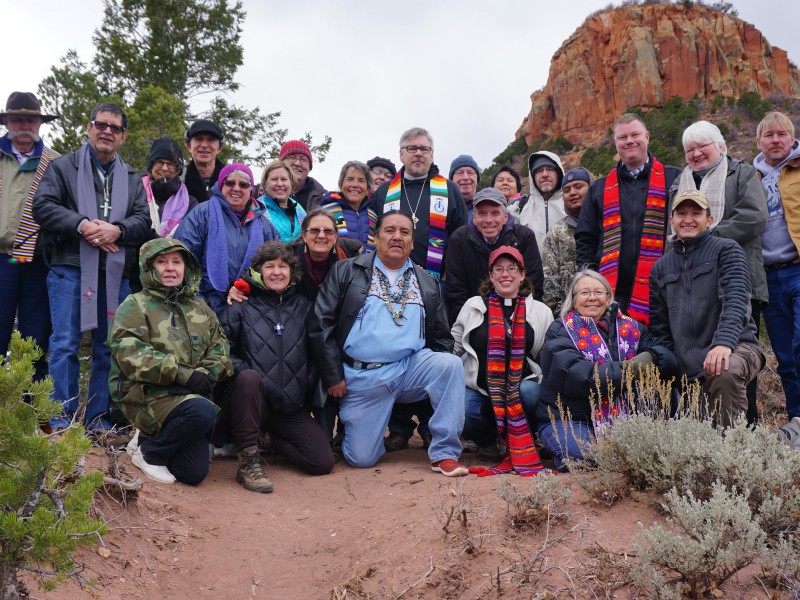 Among the clergy was Lorrie Gaffney, a United Church of Christ pastor from Salt Lake City who said the group spotted antlered deer, turkeys, even a mountain lion with its cubs just as they drove through the national monument. The clergy prayed together on the land, and Gaffney said she offered her own prayer of gratitude for the diverse group it brought together. Clergy gathered with Native American leaders in November 2017 at Bears Ears National Monument in Utah, where they saw wildlife such as deer and mountain lions. Photo courtesy of the New Mexico Wildlife Federation 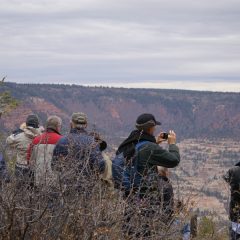 The five tribes had worked hard to create the monument and their reasons for doing so were important and deserved to be listened to, she said. She also connected with the land through her own Christian faith.

“My faith calls me to find ways to support life that belongs to God,” she said. “The land is something that can’t just be treated carelessly or frivolously. It has to be considered in ways that aren’t just going to make me money or make me feel good or be used. How can that land be a part of life and flourishing?”

Trump’s decision comes after a review of 27 monuments across the United States by Interior Secretary Ryan Zinke.