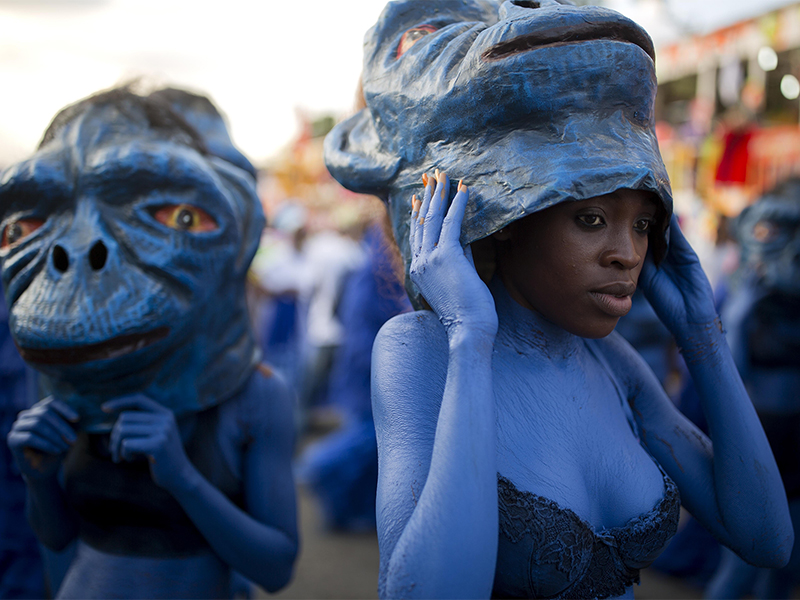 (RNS) — Each week Religion News Service presents a gallery of photos of religious practice around the world. This week’s gallery includes images from pre-Lenten Carnival celebrations around the world, a rarely coinciding Valentine's Day and Ash Wednesday on Feb. 14, and more. 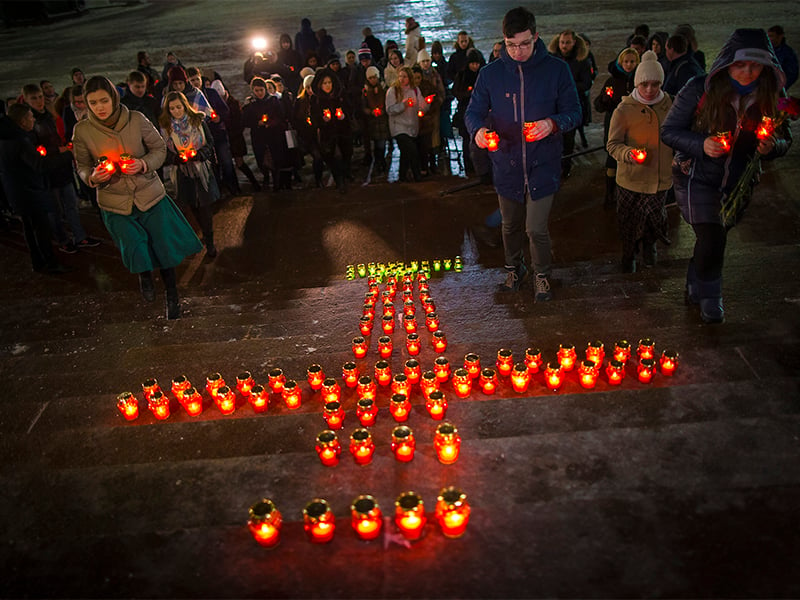 Orthodox youth gather at the Cathedral of Christ the Savior in Moscow, lighting 71 candles in memory of those killed in the An-148 plane crash, on Feb. 12, 2018. The Russian passenger plane crashed Sunday near Moscow, killing everyone aboard shortly after the jet took off. (AP Photo/Alexander Zemlianichenko) 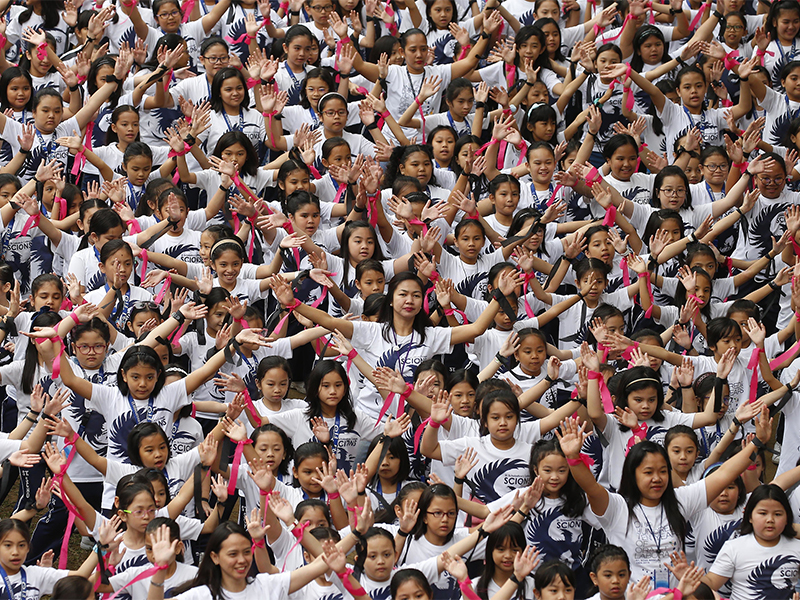 Thousands of students and faculty from the Catholic-run St. Scholastica's College dance en masse to protest violence against women and children on Feb. 14, 2018, in Manila, Philippines. The annual dance, dubbed One Billion Rising, is held every Valentine's Day. (AP Photo/Bullit Marquez) 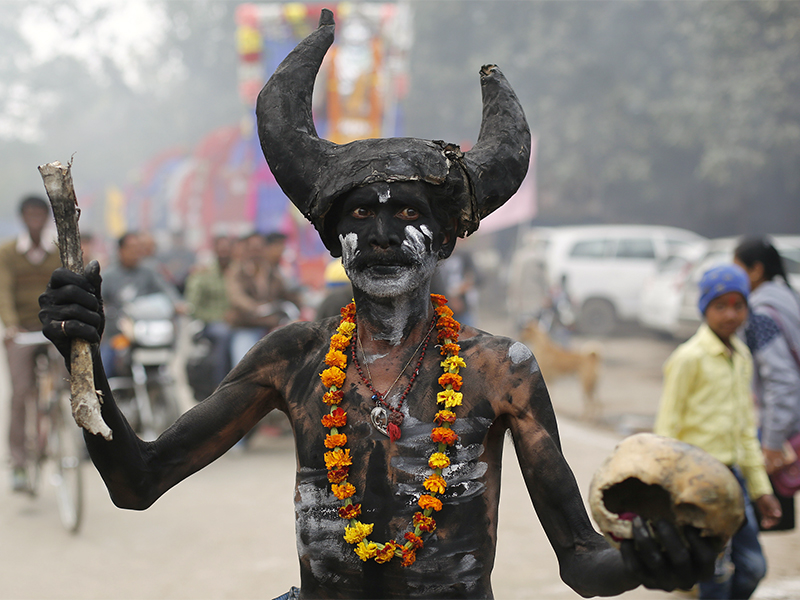 An Indian man, covered in ash and paint, carries a skull and a bone during a procession during the Mahashivratri festival in Allahabad, India, on Feb. 13, 2018. The Hindu festival honors Lord Shiva, the god of death and destruction. (AP Photo/Rajesh Kumar Singh) Young hooded penitents of the ''Hermandad del Senor'' brotherhood take part in the ''Cristo Alzado'' procession on Ash Wednesday, a day after the celebration of traditional carnivals, in Pamplona, Spain, on Feb. 14, 2018. (AP Photo/Alvaro Barrientos) Brides and grooms walk in a procession during a mass wedding ceremony on Valentine’s Day in Kolkata, India, on Feb. 14, 2018. One hundred and sixty couples got married at this event organized by a non-government social organization. (AP Photo/Bikas Das) Muslim students take part in a rally against Valentine's Day in Banda Aceh, Indonesia, on Feb. 14, 2018. Dozens of students staged the protest calling on Muslims to avoid the celebration of Valentine's Day, saying that it's against Islamic teachings. (AP Photo/Heri Juanda) 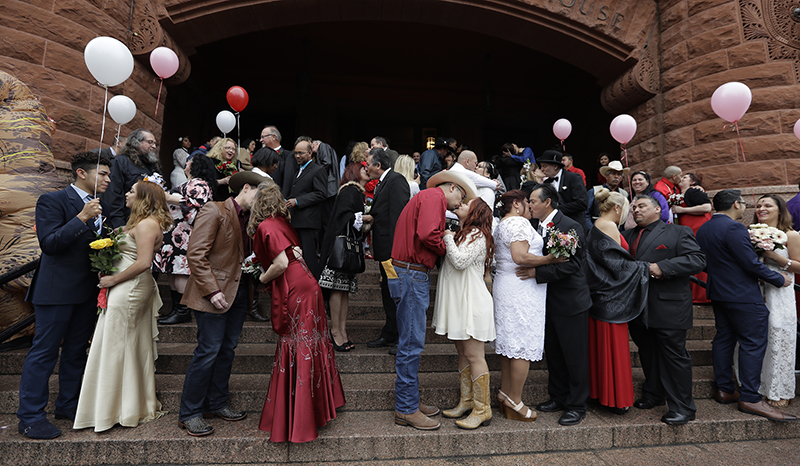 More than 40 couples take part in a mass wedding on the steps of the Bexar County Courthouse in San Antonio, Texas, on Feb. 14, 2018, The free Valentine's Day ceremonies are a tradition at the courthouse. (AP Photo/Eric Gay) People light sticks of incense at a cauldron as they pray on the first day of the Lunar New Year at the Lama Temple in Beijing, on Feb. 16, 2018. Chinese around the world celebrated the arrival of the Year of the Dog on Friday with family reunions, firecrackers and traditional food. (AP Photo/Mark Schiefelbein) 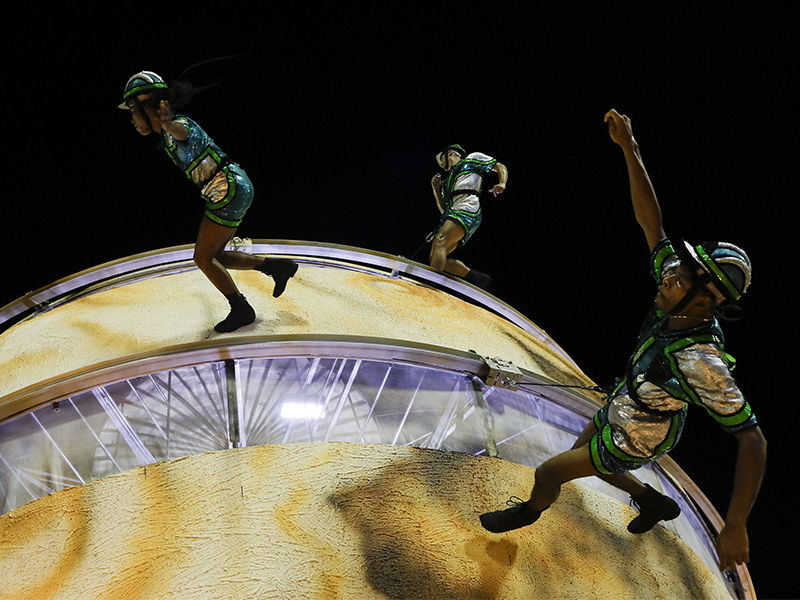 Performers from the Vila Isabel samba school run as they hang from a sphere on a float during Carnival celebrations at the Sambadrome in Rio de Janeiro, Brazil, early Feb. 12, 2018. (AP Photo/Leo Correa) 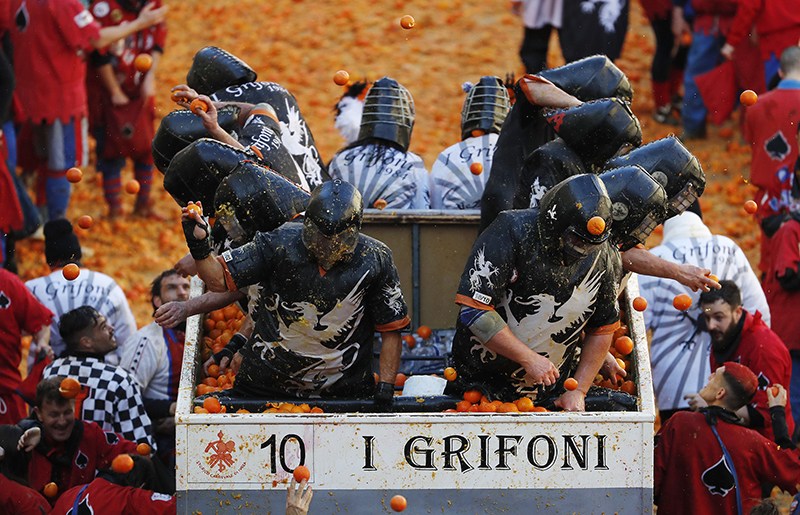 People wearing protective helmets and costumes pelt each other with oranges during the "Battle of the Oranges", part of Carnival celebrations in the northern Italian Piedmont town of Ivrea, on Feb. 12, 2018. (AP Photo/Antonio Calanni)