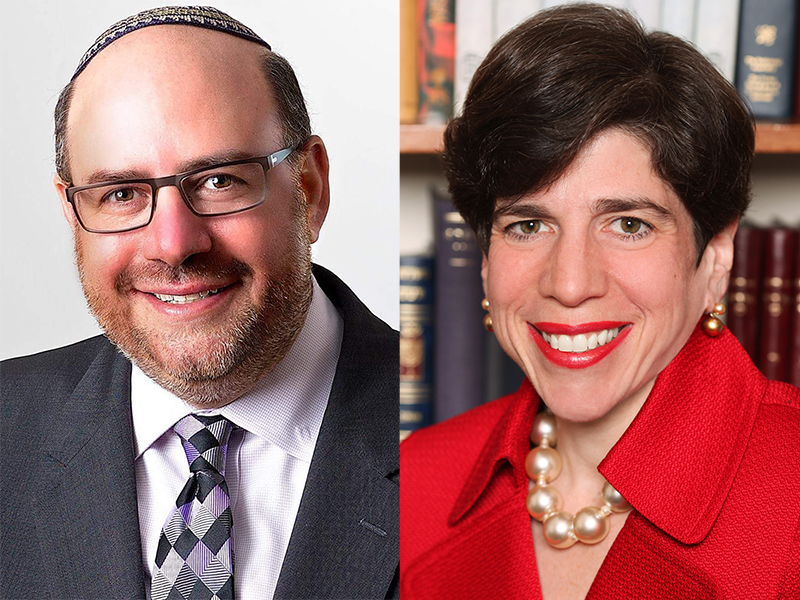 (RNS) — As Conservative Judaism struggles with declining numbers and resources, two of its key leaders are stepping down.

Schonfeld, the CEO of the Rabbinical Assembly, the international association of Conservative rabbis, said she would not renew her contract in 2019.

“Serving the Rabbinical Assembly as its executive has been a great privilege and pleasure, and yet I find myself at a moment in my career where there are new challenges I want to pursue and this is the time to do so,” she wrote.

Schonfeld, 52, the first woman to serve in that role, did not elaborate on what she planned to do next. She is taking a sabbatical beginning Jan. 1.

At the same time, Wernick, CEO of the United Synagogue of Conservative Judaism, the network that supports the movement’s synagogues, also announced he would not be seeking a new term in 2019.

The departures at the top of the Conservative movement, the nation’s second-largest Jewish branch, come at a time of rapid change. In addition to being hit by declining numbers and resources, the movement is divided over its approach to intermarriage. Many rabbis would like the prohibition on presiding at interfaith marriages to be lifted; others disagree. The issue has been referred to the committee on law and standards.

Schonfeld may best be remembered for helping shepherd a new prayerbook, Lev Shalem.

Rabbi Debra Newman Kamin, the incoming president of the Rabbinical Assembly, said a new leader will not be appointed soon.

"We don't want to rush into anything," she said. "We want to do a thoughtful investigation of what the rabbinical assembly needs."

Wernick, who came on as CEO in 2009, said he missed being a pulpit rabbi.

“My heart was always in the pulpit,” he said. “I want to find something that has me more directly engaging with the Jewish people and less doing administration.”

Five years ago, Wernick laid off 10 percent of the USCJ staff to balance its budget. The shortfalls were caused by a decline in dues and weak fundraising. The movement has 576 synagogues across North America in its network.