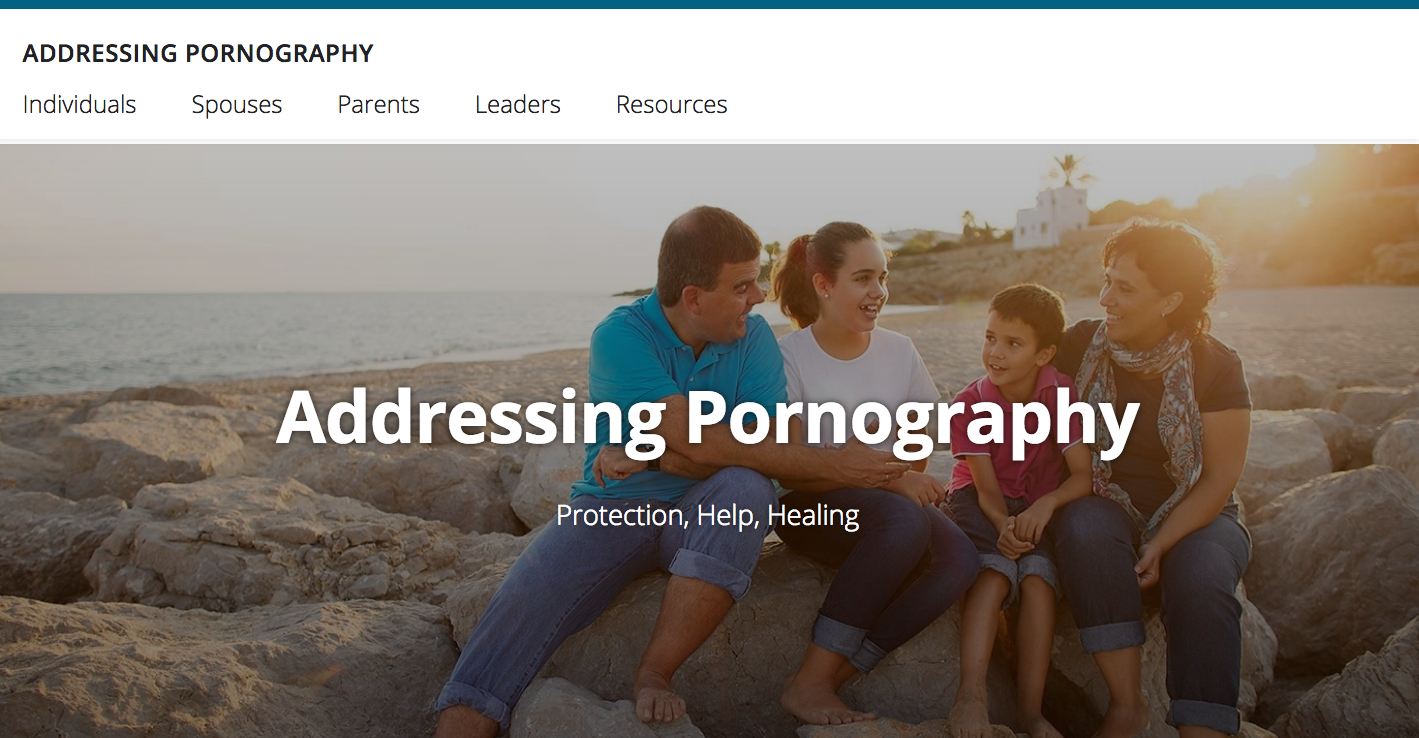 Last week the Church of Jesus Christ of Latter-day Saints quietly unveiled a new website for Mormons and others who would like to stop using pornography. Here are four changes I see as positive, as well as two missing pieces that I’ll explain below.

If I were to sum up the main difference between the Church’s old “Overcoming Pornography” website and this new one, it would be that the new “Addressing Pornography” site tries harder to keep it real: real people, real stories, real hope.

You can sense this difference right from their respective front pages: whereas the old site is frontloaded with Ensign-esque Jesus art and church leaders’ statements, the new one focuses immediately on visitors’ needs. 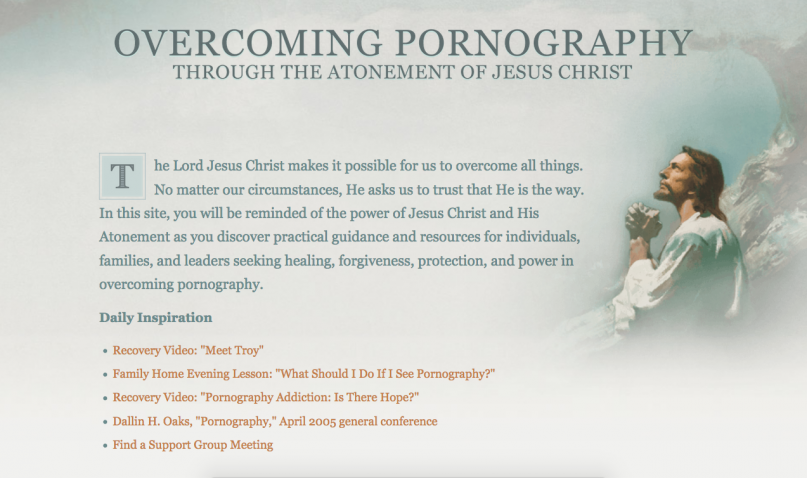 The visual message of the old “Overcoming Pornography” site was “You’d better hope that Jesus is praying for you, because you are very bad.” 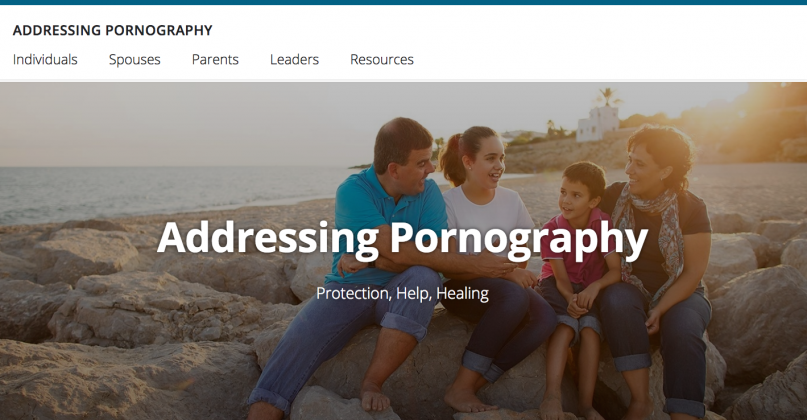 The visual image of the new “Addressing Pornography” site is more relational and less shaming.

It’s not that the new site is downplaying the importance of Mormon leaders’ statements; it’s that someone seems to have finally realized that putting those first may be bewildering or even alienating for a generation whose default mode is to connect through personal story.

There are some subtle changes in the focus of the Church’s message about pornography. It’s encouraging to see, for example, that someone’s been reading their Brené Brown. The site aims to make a distinction between systemic shame (which is ultimately counterproductive) and action-specific guilt (which can be a helpful catalyst to change).

The new website gives a nod (uncredited) to the work of Brene Brown.

The short videos are a mix of personal experiences and expert commentary from actual therapists and mental health professionals. I think there could be more emphasis on finding a therapist outside or in addition to the Church’s own recovery groups, but even having professional voices involved at all is a step forward.

However, I did see the usual wind-up at the end of some leaders’ comments that people should just pray more and go to the temple more and read the scriptures more. (This last one could actually be spectacularly unhelpful. Which parts of the scriptures should people look to for role models? To King David, who stalked a married woman at her mikvah, summoned her for sex on demand, and then had her husband killed? Or to Judah, who paid for a prostitute who turned out to be a family member? As theologian Jennifer Knust says, “the only way the Bible can be a sexual rulebook is if no one reads it.”)

Stringer’s thesis is that behavior-based programs to overcome pornography simply don’t work when used by themselves. And those programs are all that most churches ever undertake—including the LDS Church, even in its new and improved website. Stringer writes:

When pornography is addressed only through the lens of lust, when the stories that set up pornography use are evaded, an anemic treatment plan will follow. Sexual cessation will be prescribed, encouragement to tell his or her spouse will be given, and the client will be asked to join an accountability group. (41–42)

Pornography is not fundamentally about lust but about other things, such as power and violence. Attempting to curb the problem using only “the latest and greatest strategy to combat lust” misses the point of how people got there in the first place: what traumas and wounds led these individuals to porn? What messages did they receive about sexuality and power in childhood? Did they grow up in families that were either overly rigid or, at the other extreme, negligent? In what ways have futility (“my life is pointless”) and self-deprivation in nonsexual areas (“I don’t deserve to see friends or go hiking”) contribute to their sexual choices?

So the first thing that’s missing from the LDS website is a commitment to understanding, and not just fighting, pornography use. Stringer says that if people really want to heal, they have to dig deeply into their past and do the hard work of knowing themselves. “The journey out of unwanted sexual behavior begins by recognizing that your struggles may be the most honest dimension of your life,” he tells readers.

Fantasies, he says, are actually road maps. Drawing on a survey of 3,817 adults who struggle with unwanted sexual behavior, Stringer connects respondents’ childhood experiences, feelings, and family configurations to some fairly predictable patterns. For example, men whose pornography choices reflect fantasies in which women are young, petite, and racially other had “the highest levels of shame, lacked significant purpose, and had fathers who were overwhelmingly strict” (104–105).

It’s subtle, is the problem. I’ve never heard an LDS leader suggest that it is acceptable to rape a woman, for example; the thought is abhorrent. But I have certainly heard leaders objectify women as something less than human, such as when they tell male missionaries that if they persevere on their mission they will be rewarded at the end with a beautiful girl.

In that scenario, a young woman’s sole purpose in life is to fulfill a male fantasy; she is his trophy and exists to cater to his needs. This teaching is not only relationally disastrous but it establishes a foundation for treating women as sexual objects.