(RNS) — Each week Religion News Service presents a gallery of photos of religious expression around the world. This week’s gallery includes Diwali – the Hindu festival of light, Natitas – the Bolivian skulls festival, and more. 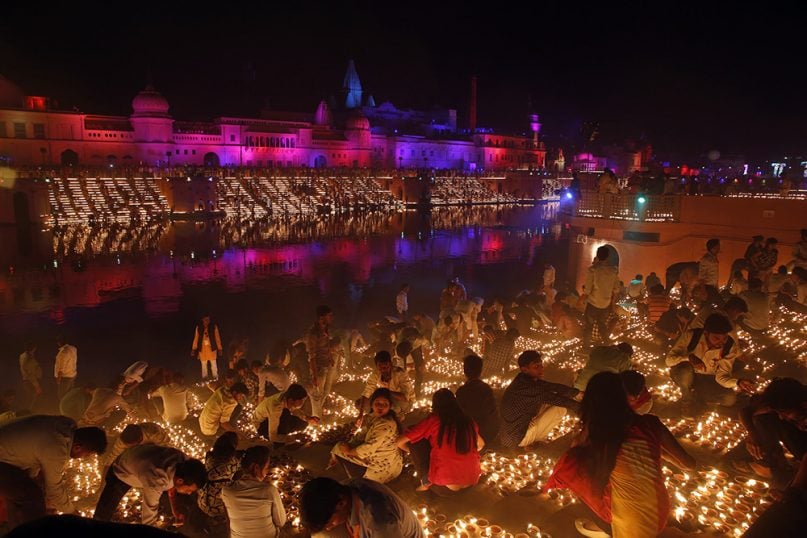 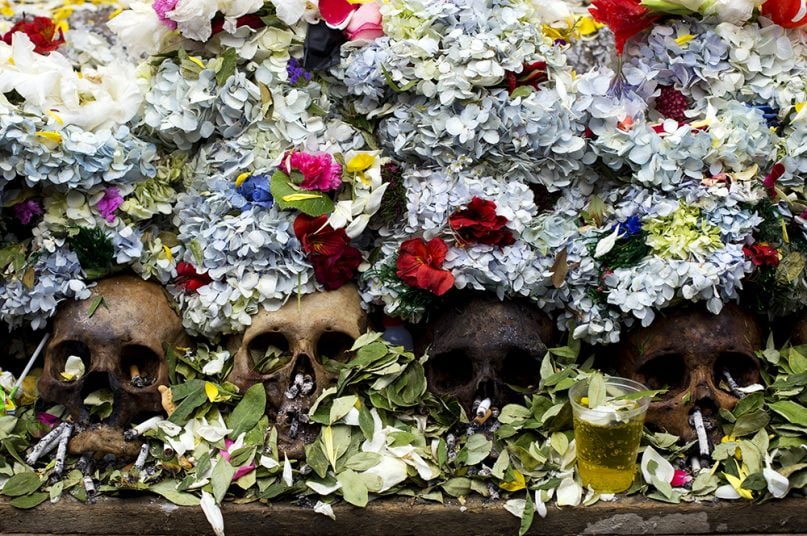 Human skulls or “natitas” crowned with flowers are surrounded by offerings of coca leaves, flower petals and cigarettes, at the General Cemetery in La Paz, Bolivia, marking the annual Natitas Festival, on Nov. 8, 2018. Celebrated a week after the Day of the Dead, Bolivians carry human skulls adorned with flowers to cemeteries asking for money, health, and other favors. (AP Photo/Juan Karita) A rabbi waves as he stands in a crowd of rabbis gathering for a group photo at the Chabad-Lubavitch World Headquarters on Nov. 4, 2018, in New York. More than 5,000 of the Orthodox Jewish leaders from around the world are taking part in the annual meeting. A contingent of rabbis from Pittsburgh led the assembly in a prayer for the 11 Jews killed there last week. (AP Photo/Mark Lennihan) 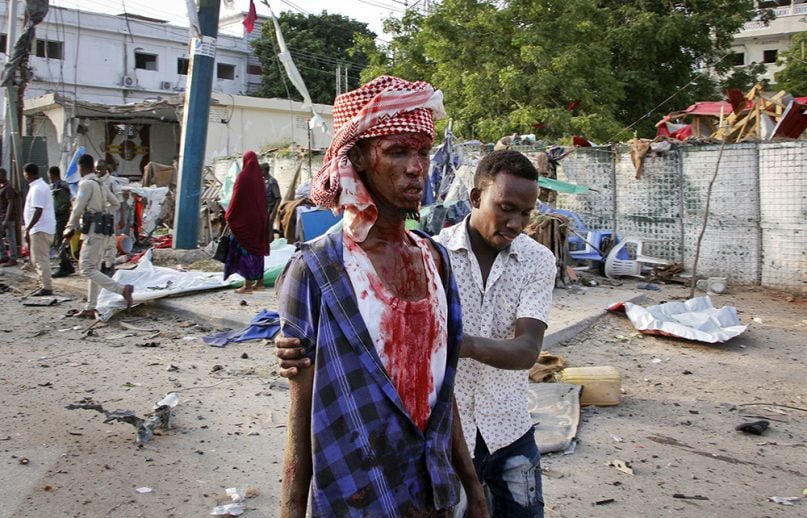 A Somali man helps an injured civilian who was wounded in a bomb blast near the Sahafi hotel in the capital Mogadishu, Somalia, on Nov. 9, 2018. Three car bombs, claimed by Islamic extremists, exploded outside the hotel, which is located across the street from the Criminal Investigations Department, killing at least 10 people according to police. (AP Photo/Farah Abdi Warsameh) 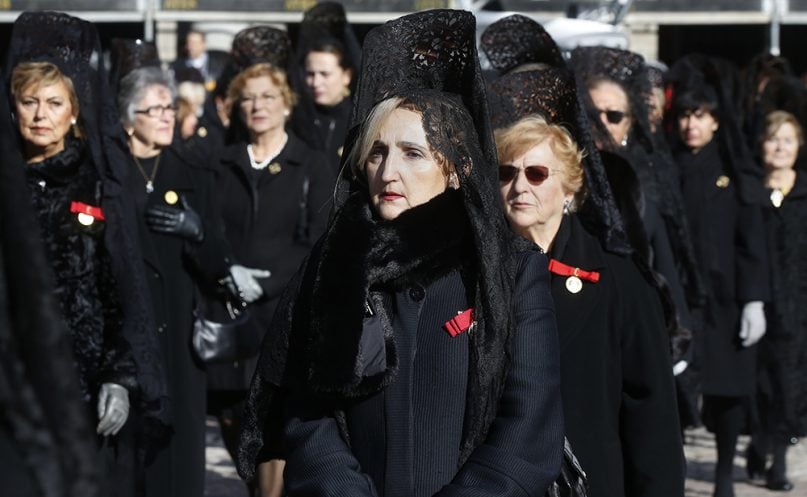 Women dressed in traditional mantillas take part in an open air mass in the Plaza Mayor celebrating Madrid’s patron saint, the Virgin of Almudena, in Madrid, Spain, on Nov. 9, 2018. The annual festival includes a mass and a procession with devotees accompanying an effigy of the virgin. (AP Photo/Paul White) 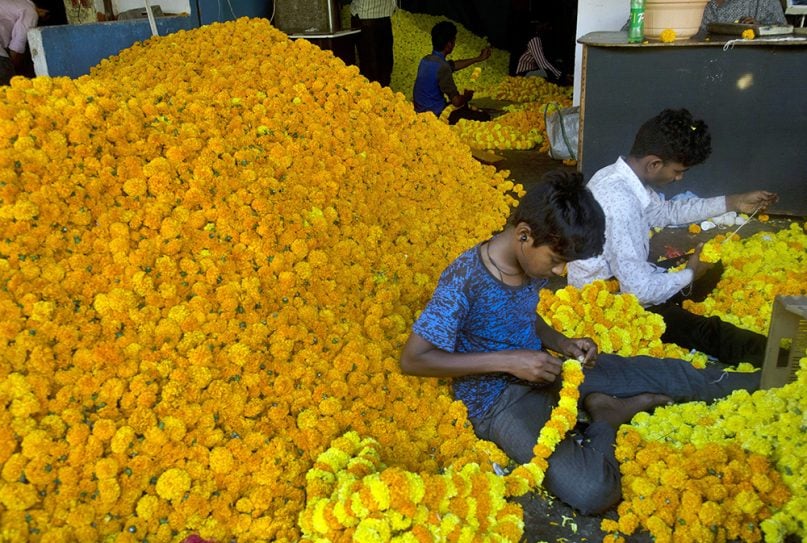 Indian vendors arrange marigold flowers and await customers at a flower market ahead of Diwali, the festival of lights, in Hyderabad, India, on Nov. 6, 2018. (AP Photo/Mahesh Kumar A.) 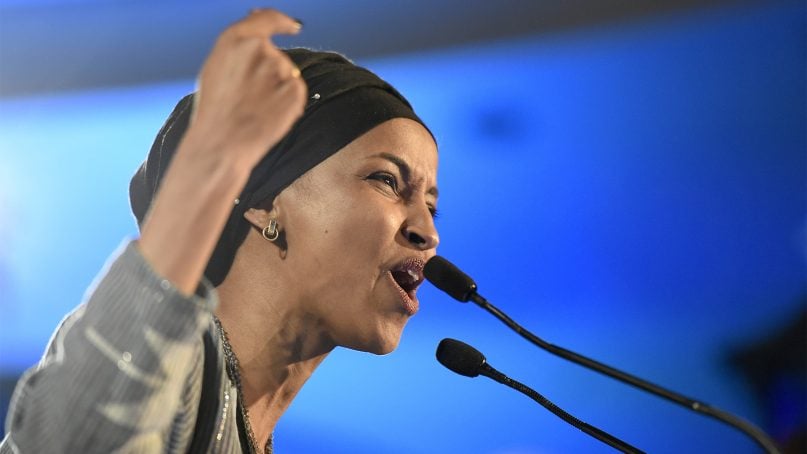 Democrat Ilhan Omar speaks after winning in Minnesota’s 5th Congressional District race during the Democratic Party’s election night party on Nov. 6, 2018, in St. Paul, Minn. Omar was one of the first two Muslim women to be elected to the U.S. House of Representatives this week. (AP Photo/Hannah Foslien) 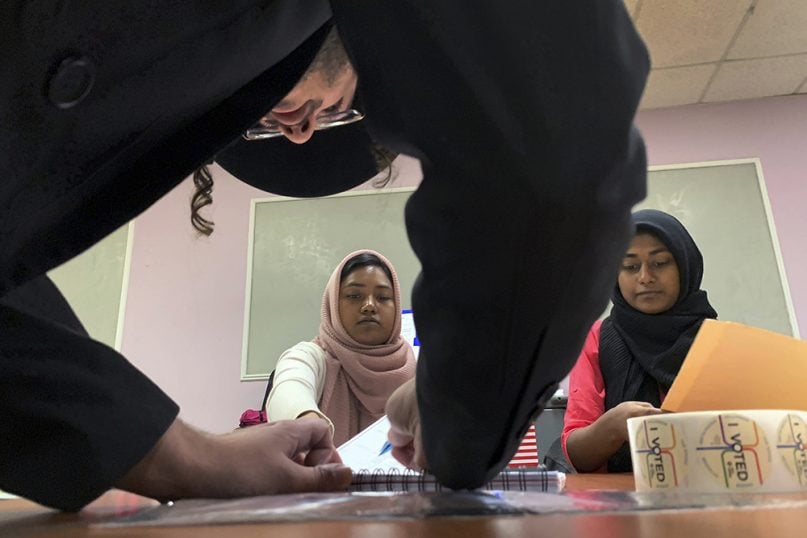 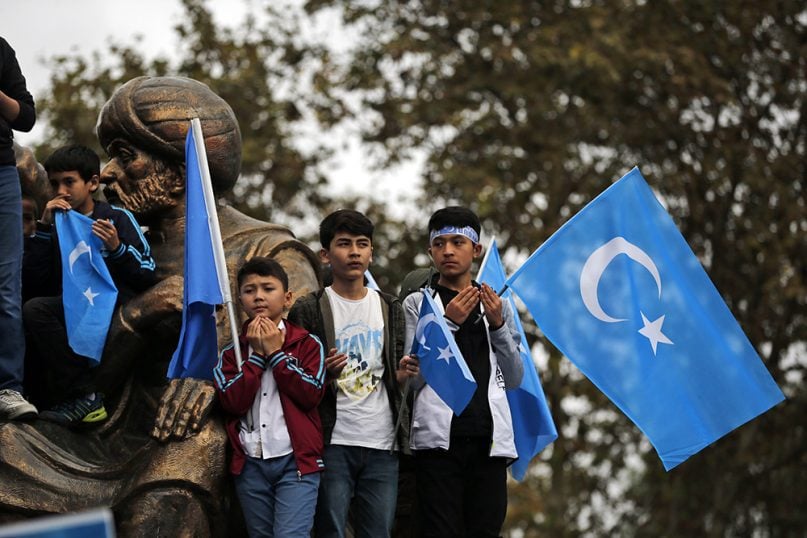 Boys from Turkey’s ethnic Uighur community take a break to pray during a rally in Istanbul on Nov. 6, 2018. The group, carrying flags of what Uighurs call ‘East Turkestan,’ in western China, protested against what they allege is oppression by the Chinese government to Muslim Uighurs in China’s far-western Xinjiang province. (AP Photo/Lefteris Pitarakis) 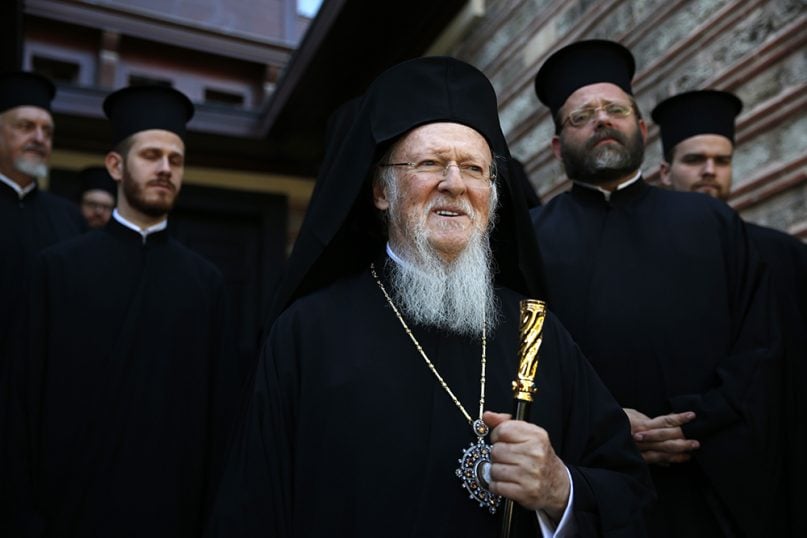 Ecumenical Patriarch Bartholomew I, center, leader of the world’s Orthodox Christians, stands at the patriarchate in Istanbul as Ukrainian President Petro Poroshenko leaves their meeting on Nov. 3, 2018. Poroshenko and Bartholomew signed an agreement between Ukraine and the patriarchate recognizing their cooperation in granting the Ukrainian orthodox church its autocephaly. (AP Photo/Lefteris Pitarakis) 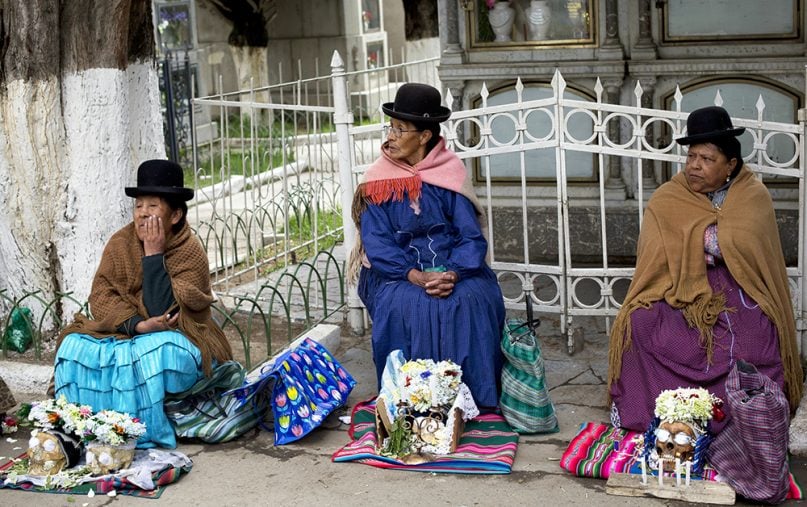 Women sit with their decorated human skulls at the General Cemetery during the Natitas Festival in La Paz, Bolivia, on Nov. 8, 2018.  The festival is a mix of Andean ancestral worship and Roman Catholic beliefs. Experts say it was common in pre-Columbian times to keep skulls as trophies and display them to symbolize death and rebirth. The Catholic Church considers the festival to be pagan, but it doesn’t ban people from taking part. (AP Photo/Juan Karita)