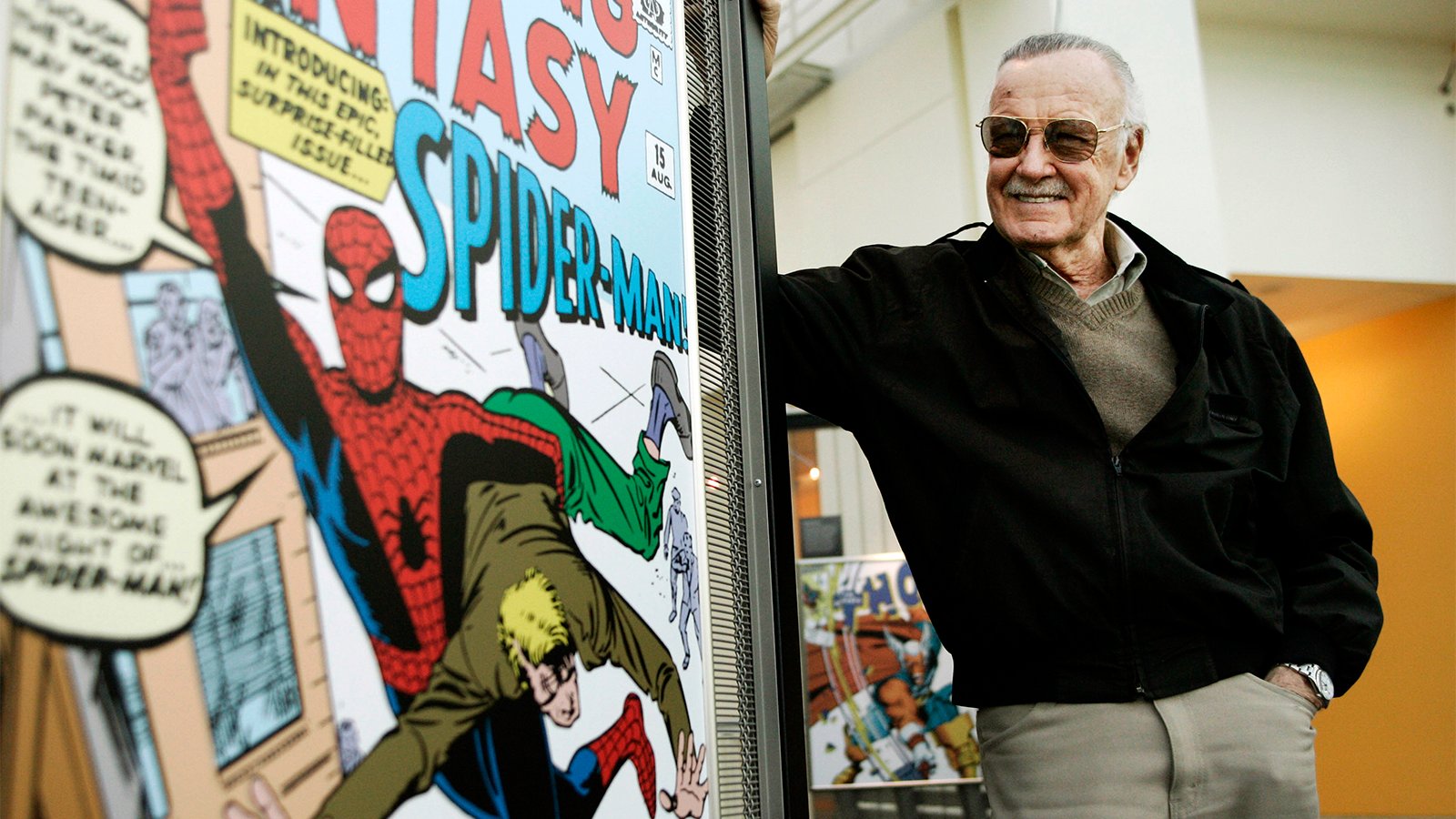 A confession: I was never a fan of Stan Lee’s comic book creations.

As a boy, if I had to choose my favorite "family" of super heroes, it would have been Superman and Batman.

Even still, I mourn the death of Stan Lee at the age of 95. He had a transformative role in American popular culture.

Let’s go back to the very origins of the superhero industry in the United States.

A new book, From Krakow to Krypton: Jews and Comic Books, by Arie Kaplan, published by Jewish Publication Society, makes it very clear: from its very origins, the comic book business was a Jewish endeavor.

Joe Shuster and Jerry Siegel created Superman. Bob Kane (nee Bob Kahn) created Batman. Stan Lee (nee Stan Leiber) created Spider-Man, the Hulk and the Fantastic Four, among others. (For a "Jewish" appreciation of Stan Lee's work, check out Liel Leibovitz in Tablet). There was Mad magazine (Harvey Kurtzman, Al Jaffe). There was Will Eisner, Art Spiegelman, and others.

Did they "know" that what they were doing was a Jewish thing?

Probably not. To quote Kaplan:

They were creating a product for general audiences and didn't try to sneak any sort of subtext, Jewish or not, into their work. If any Jewish symbolism did seep out, it was purely subconscious on the part of the cartoonist/writer involved.

Yes, but: there had been a backlash against comic books (which my parents gleefully joined; they were sure that comic books would "rot my mind"). Psychologists condemned the genre as contributing to juvenile delinquency. Children had accidentally killed themselves as they imitated Superman and Batman. Batman, Robin, and Wonder Woman were closeted gay and lesbian superheroes (!) (as in SNL’s “the ambiguously gay duo”).

The anti-comic book rhetoric that accompanied the origins of the comic book industry was subtly anti-semitic. A 1954 editorial in the Hartford Courant referred to comics as “the filthy stream that flows from the gold-plated sewers of New York” – in which “New York” typically serves as a dog whistle for “Jews.”

In particular, what was the Jewish impetus behind the creation of superheroes?

In one sense, they emerged out of a desire for Jewish empowerment. The Nazis were killing Jews; we wanted revenge. (In fact, one theory about the origins of Superman was that he emerged out of the medieval golem legend).

But, there was another Jewish piece to super heroes – and this is what I found, and continue to find, most fascinating.

Even as a young fan of superheroes, I realized that the notion of a secret identity was simultaneously laughable — and enticing.

Laughable: My prepubescent friends and I realized how absurd the whole thing was. Did no one realize that Superman was, in fact, Clark Kent? Did Kent’s glasses really serve as a sufficient mask?

Batman, as well. Did no one figure out that he had the same voice as Bruce Wayne? Especially because they hung out with the same people?

How stupid could the good citizens of Metropolis and Gotham City have been? How gullible?

Or, how willing to suspend their own disbelief? Or, where they simply playing along with the joke that everyone got -- pretending not to notice that Superman and Clark Kent were the same person?

Not only that: there was something, well, a little "schizo" in the whole secret identity thing. Even as a ten year old I wondered: did Batman ever forget who he was at any given moment? Was he "allowed" to go to the bat cave as Bruce Wayne? How did he maintain the boundaries of identity?

Secret identities are deeply Jewish -- so much so, that several of those comic book creators changed their names, like many Jews of their generation.

How deeply Jewish? Think of how many biblical stories feature people who have disguised themselves. In the book of Genesis alone:

In each case, we have to ask ourselves: Did the deceptions really work?

The conversos, the secret Jews of Spain (also known as marranos) had to masquerade as Christians, while maintaining Jewish customs in secret. What was the secret identity — the Jew, or the Christian?

The ultimate, ironic silliness: Did Jews really think that if they changed their names, or had cosmetic surgery, and tried to blend into gentile society, that they could somehow “pass”?

Exactly whom did those Jews think they were fooling?

A sophisticated, assimilated German Jew is having coffee with a man who has a hunchback. “I used to be Jewish,” the Jew says.

“And I used to be a hunchback,” the hunchback snarkily replies.

Jewish self-disguise is hardly a "thing" anymore. That went out of style about sixty years ago. Very few Jews pretend to be gentiles.

That style of assimilation -- as opposed to ambivalence, disengagement, and self erasure, all of which are alive and well -- is the Nehru jacket of Jewish ideologies.

Whether they knew it or not.