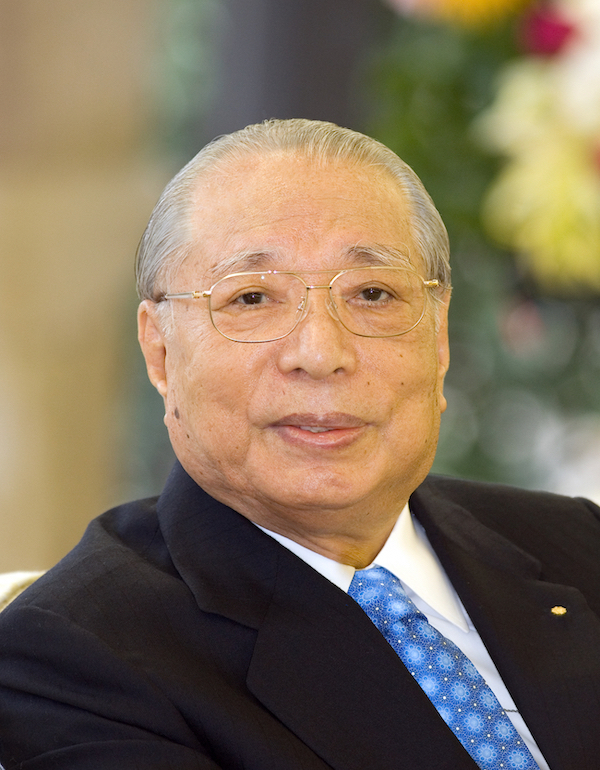 TOKYO — On January 26, the 37th annual peace proposal by Daisaku Ikeda, president of the Soka Gakkai International (SGI) Buddhist movement, was released, titled “Toward a New Era of Peace and Disarmament: A People-Centered Approach.”

The proposal’s main theme is the need for concerted effort in disarmament, particularly hastening progress toward the abolition of nuclear weapons around the 2017 Treaty on the Prohibition of Nuclear Weapons (TPNW). Ikeda also stresses the dangers of emerging Lethal Autonomous Weapons Systems (LAWS) and proposes the prompt convening of a conference to negotiate a treaty banning these weapons, often referred to as “killer robots.”

Applauding the May 2018 Disarmament Agenda of UN Secretary-General António Guterres, Ikeda advocates a shift from seeing security solely in terms of state or military security toward a human focus, a people-centered multilateralism based on the effort to build a world in which all people can experience meaningful security.

He notes how the complexity and scale of global challenges can make youth feel that positive change is impossible. He calls on young people to resist feelings of resignation and “meet the severe challenges of our age as agents of proactive and contagious change.”

Ikeda urges youth engagement with the Sustainable Development Goals (SDGs) as crucial to their achievement. He calls for expansion of the United Nations Academic Impact (UNAI) network of universities committed to supporting the SDGs through research and teaching programs, and proposes the convening of a world conference of such universities in 2020.

Ikeda also welcomes the designation of youth as the focus of the fourth phase of the World Programme for Human Rights Education.

Regarding nuclear abolition, he focuses on expanding the scope of ratification of the TPNW to achieve its entry into force, and urges the creation of a group of like-minded states to deepen the debate and promote ratification—Friends of the TPNW, modeled after Friends of the Comprehensive Test Ban Treaty (CTBT).

Ikeda advocates that Japan take the lead in this initiative, stating: “Since Japan has declared its desire to serve as a bridge between the nuclear-weapon and non-nuclear-weapon states, it makes sense that it should take the initiative in creating a venue for such dialogue.”

Looking ahead toward the 2020 Review Conference of the Nuclear Non-Proliferation Treaty (NPT), he calls for steps such as the removal of nuclear warheads from high-alert status. He further proposes that a fourth special session of the UN General Assembly devoted to disarmament (SSOD-IV) be held in 2021.

Another focus is SDGs concerned with water resource management. Ikeda hopes that Japan will apply its experience to the resolution of water-related problems in Northeast Asia and regional confidence building, and that Japan, China and South Korea will work together to offer support to countries in the Middle East and Africa where there is growing demand for water reuse and desalination.

The Soka Gakkai International (SGI) is a community-based network promoting Buddhist humanism and peace with 12 million members. SGI President Daisaku Ikeda (1928 - ) has issued peace proposals offering a Buddhist perspective and solutions to global problems on January 26 every year since 1983, to commemorate the founding of the SGI. See: www.sgi.org