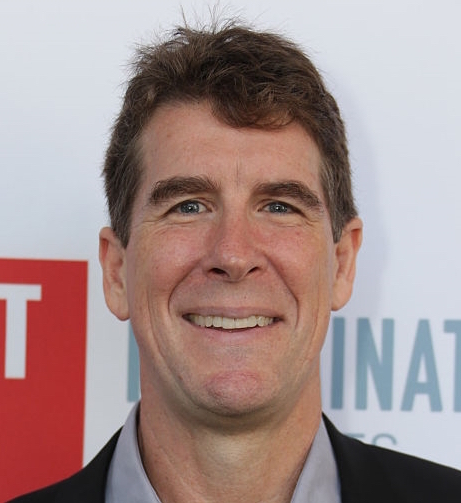 I couldn't agree more with today's guest post by Cinco Paul, a Hollywood screenwriter who has been interviewed by RNS before about his membership in the Church of Jesus Christ of Latter-day Saints. Two-hour church is great! But we need to find ways in that shorter time frame to make sure there's room for honesty and deeper discussion -- and that Sunday School is a safe space in which to do that. -- JKR

Recently the Church of Jesus Christ of Latter-day Saints changed Sunday church service from three hours to two. And no one was happier about it than I was.

Okay, possibly parents of young children. And Primary presidencies. And teenagers. All right, let’s face it: this change made a lot of people happy. But anybody who knows me knows I have been preaching the virtues of two-hour church for over a decade now. So naturally I felt the change was inspired (although a little long in coming).

But there are always unintended consequences. Attached to the announcement of shortened church was also the announcement that the Gospel Essentials class—a class taught at the same time as the traditional adult Sunday School class, but directed at new members and those thinking about joining the church—had been eliminated. From now on all adults would be attending the traditional Gospel Doctrine class (which focuses on one book of scripture a year) together.

This affected me because I—along with our ward missionaries—taught the Gospel Essentials class. And I loved that class, both being in it and teaching it. Primarily because over the last year or so it had somehow evolved into something a little different.

Our ward hasn’t had a lot of convert baptisms recently, so we would rarely get someone investigating the church in there. But over time it organically became an alternative for those who, for one reason or another, didn’t want to attend the traditional Gospel Doctrine class. It became a place for those who were in some ways struggling with their faith. Who had a lot of questions and concerns. Who were looking for a safe space with fellow members to discuss those things, but couldn’t find it anywhere else. And who would otherwise spend the Sunday school hour hanging out in the foyer (I’m pretty sure every ward has these people!).

This was a class where we tried to avoid all the rote answers, the relentlessly benign canned comments, and the judgment of questioners that sometimes pervade church culture. We talked about the basics of the gospel, but on a more personal level. We also dealt with some of the thornier issues of church history, reading and discussing the recent church essays on gospel topics like “Race and the Priesthood” and “Mother in Heaven.”

And we made it clear we were open to discussing any and all questions. Often in an adult Sunday School class if someone asks a question expressing real concerns, everyone acts uncomfortable. An effort is made to avoid discussing it in depth and somehow quickly “get back to the lesson.” But that should be the lesson! So in our class several times a year we would collect anonymous questions about the gospel and church and do what we could to answer them together. Our numbers grew over time, but the class always felt intimate. I know it may sound cliché, but the spirit there was really strong. There were a lot of tears in that class. Okay, mostly mine, but tears are tears.

So when I heard that the class was canceled, I was crushed. I shared my disappointment with my bishop, who responded that we could still hold the class, even in the building, but it would naturally need to be outside the regular two hours of church. Which was a very thoughtful response, and completely in line with direction from the church leadership regarding small group study. I’m considering taking him up on that, but I’m not sure we’d get the same numbers, especially from parents. I mean, church was just reduced to two hours! Who wants to add an extra hour to that miracle?

I guess what I really wish is that more of our regular classes could feel like that Gospel Essentials class did. More open and free and accepting of differing viewpoints, questions, concerns, and doubts. Classes that would enlighten us and strengthen us and also challenge our preconceived notions of how to live the gospel to its fullest.

There’s nothing in the handbook that says they can’t be, and it’s probable that there are Sunday school classes like that out there somewhere. But it feels like they are few and far between, their scarcity a product of cultural attitudes that everything must be faith-promoting in the most traditional—and often blandest—way possible. I know that works beautifully for some people, but it doesn’t work for everybody. It actually has the opposite effect on many of us. And the gospel is meant for everybody.

I’d love to hear what other people’s experiences have been now that there’s only one Sunday School class for adults, and any ideas for ways to make it work better. Because I for one am still struggling with it. I miss my Sunday School class!

Cinco Paul is a screenwriter who is one half of the duo behind the popular Despicable Me series, The Secret Life of Pets, and other films. He lives in southern California.

New Mormon policies meet the reality of a contracting church

Mormonism and the persistent dream of 2-hour church meetings (oh please can we?)