(RNS) — The question of what constitutes legitimate critique of Israel as opposed to anti-Semitism is front and center in the conversation about Israel in the U.S. following the outcry regarding Rep. Ilhan Omar’s tweets about the American Israel Public Affairs Committee and the impending anti-Semitism resolution in the House.

In light of debates on Capitol Hill about what defines anti-Semitism and recent increased incidents of hatred toward Jews, it is particularly paramount to weed out and eradicate anti-Semitism, while also distinguishing it from legitimate criticism of Israel.

How does one criticize Israel’s policies without being anti-Semitic?

We need to listen to what the Jewish community says about anti-Semitism. While there are differences of opinion and multiple perspectives, particularly across conservative and liberal divides, commonalities also exist.

Beliefs that are detrimental and could lead to physical harm against Jews constitute anti-Semitism. Not every problematic belief manifests anti-Semitism. One can be inaccurate and wrong, and not be anti-Semitic. Nonetheless, we must be informed and attentive to when anti-Semitic sentiment, rhetoric or actions exist. 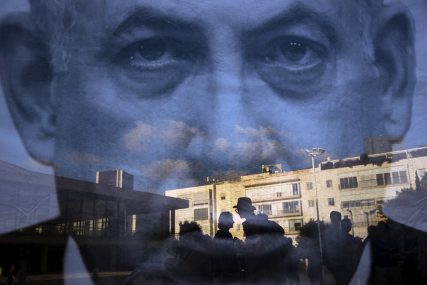 People walk past a banner showing Israeli Prime Minister Benjamin Netanyahu during a protest against the Israel Jewish nation bill in Tel Aviv, Israel, on July 30, 2018. Opponents and rights groups have criticized the legislation, warning that it will sideline minorities such as the country’s Arabs. (AP Photo/Oded Balilty)

At the same time, calling Israel to higher ideals because of its self-identification as a “vibrant democracy” and calling for the fair treatment of the approximately 20 percent of its citizens who are Palestinian does not constitute anti-Semitism.

Addressing the impact of Israeli policies on Palestinians living in the occupied Palestinian territories is not inherently anti-Semitic. We must acknowledge that Jews, just as Palestinians, have a right to self-determination just as every other people group. We must acknowledge the historic ties of the Jewish people to Jerusalem and the land of Israel and historic Palestine. This does not negate the legitimate ties of Palestinian Arabs who have also been present in the land for thousands of years. Christians might need to be reminded that Arabs also lived in Jerusalem at the time of Pentecost (Acts 2:11).

We must also acknowledge the reality that anti-Semitism in the United States and around the world has increased in recent years, and continues to do so. With the rise of neo-Nazis, white nationalists and other hate groups, significant threats to the Jewish community exist. Christians and those of other belief systems must stand firmly in our solidarity with the Jewish community in response to anti-Semitism and its devastating effects. The October 2018 killings at the Tree of Life synagogue manifest this reality in its worst form. 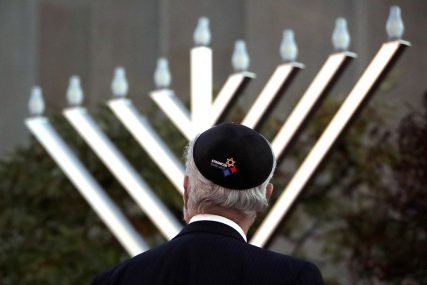 Rabbi Jeffrey Myers watches the installation of a menorah outside the Tree of Life Synagogue in Pittsburgh before holding a celebration on the first night of Hanukkah, on Dec. 2, 2018. A gunman shot and killed 11 people while they worshipped at the temple on Oct. 27, 2018. (AP Photo/Gene J. Puskar)

We must acknowledge how the fear of the resurgence of ancient Christian tropes of anti-Semitism threatens the Jewish people today. Yet this fear cannot disqualify Christians from critiquing unjust Israeli policies.

The line between legitimate criticism of Israel and anti-Semitism has been a particular concern for the Christ at the Checkpoint conference, where I was a speaker last fall.

Started in Bethlehem in 2010, CATC convenes disciples of Jesus around a commitment of “courageous love for Palestinian Arabs and Israeli Jews” alike.

The conference addresses “the injustices that have taken place in the ongoing conflict between Israel and Palestine, particularly the Palestinian lands under occupation.” For example, some of the injustices of the occupation include the confiscation of land in the West Bank and the negative effects of the growing settlement enterprise.

I wholeheartedly affirm the commitment of CATC to address these injustices and believe the conference and its leaders, primarily Palestinian Christians, have legitimate grievances and a right for their experiences to be heard. They, better than anyone, can help American Christians understand daily life while living under occupation. 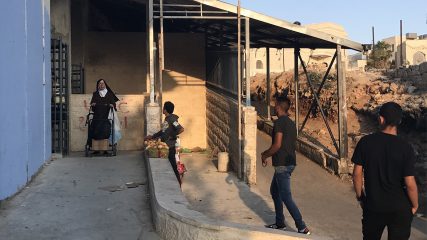 Critics of the conference have claimed it is anti-Semitic. But the term “Christ at the Checkpoint” never meant to resurface the anti-Semitic trope that “the Jews were the killers of Jesus.” Rather, the title literally meant how would Jesus respond to the realities at checkpoints throughout the West Bank if he visited with people at checkpoints today? What would he say to Palestinian children, mothers, fathers and others who have to suffer the daily humiliation, limitations on their right to movement and the other restrictions experienced as a result of checkpoints and other Israeli policies of the occupation? This is a legitimate question.

While we seek and advocate for justice for Palestinians, we must also acknowledge the rootedness of anti-Semitism in Christian history, and its remnants in some of today’s Christian rhetoric.

In our pursuit of justice for Palestinians, we must be diligent to not return to our previous egregious ways. We must be vigilant and courageous in calling to account and responding to the human rights abuses we witness in the occupied Palestinian territories. We continue to walk a narrow path as we pursue these two realities.

(The Rev. Mae Elise Cannon is executive director of Churches for Middle East Peace and the editor of “A Land Full of God: Christian Perspectives on the Holy Land.” She is also co-author of “Forgive Us: Confessions of a Compromised Faith,” which focuses on Christians and anti-Semitism. The views expressed in this commentary do not necessarily represent those of Religion News Service.)