Responding to pressure from the Israeli government, President Donald Trump has signaled via Twitter that his administration is poised to recognize Israeli sovereignty over the Golan Heights.

This change of posture over a highly disputed and strategically valuable territory between Israel and Syria is being met with delight, disapproval and indifference by various sides in the broader Arab-Israeli conflict, echoing reactions to an earlier U.S. move – to treat Jerusalem as Israel’s capital.

As a scholar who teaches and writes about the Middle East and is currently writing a book about the Arab-Israeli conflict, I can put the Trump administration’s controversial decision in historical and legal context.

After 52 years it is time for the United States to fully recognize Israel’s Sovereignty over the Golan Heights, which is of critical strategic and security importance to the State of Israel and Regional Stability!

Israel seized five territories from three countries during the 1967 War: the Gaza Strip and Sinai Peninsula from Egypt, East Jerusalem and the West Bank from Jordan, and the Golan Heights from Syria. The UN Security Council responded by passing the so-called “land for peace” resolution, or Resolution 242, which envisioned Israel exchanging the occupied territories for peace and recognition from surrounding Arab states. All members of the UN Security Council approved the resolution, including the United States.

Prior to the 1967 War, about 150,000 Syrians lived in the Golan Heights, but many were displaced by the conflict. Today, the territory is home to about 25,000 Druze Arabs who overwhelmingly see themselves as Syrian citizens and roughly 20,000 Jewish settlers who identify as Israelis. The status of the territory’s residents, all of whom have been eligible for citizenship since 1981, is not subject change at this point. 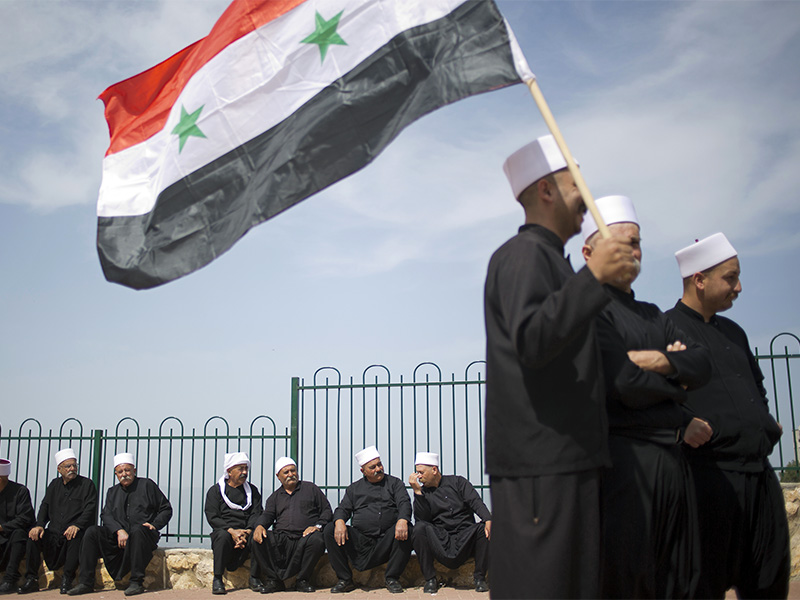 At the end of the war, the two sides of the conflict disagreed on who should act first. The Arab states refused to negotiate until Israel withdrew from the occupied territories, while Israel refused to withdraw until the Arab states negotiated a peace deal. As a result, Israel continued to occupy the five territories and constructed settlements on them shortly after the war concluded.

In 1973, Egypt and Syria launched a war against Israel, advancing into the Sinai Peninsula and Golan Heights in an effort to recapture the occupied territories. With American help, Israel succeeded at retaining control over the territory.

At the end of the conflict, the U.S. mediated talks between Israel, Egypt and Syria in an effort to resolve the continued territorial disputes. Later, the Camp David Accords formally returned the Sinai Peninsula to Egypt in exchange for peace, in accordance with Resolution 242. But the remaining four territories, including the Golan Heights, remained under Israeli control.

In 1981, the Israeli government declared it was annexing East Jerusalem and the Golan Heights, permanently extending its own boundaries to cover the two captured territories. In response, the UN Security Council passed Resolution 497, which condemned the annexation of Syrian territory, declaring it a violation of international law.

Israel and Syria have engaged in several rounds of negotiations over the Golan Heights, including secret talks as recently as 2010 that would have resulted in full Israeli withdrawal. The start of the Syrian civil war in 2011 cut those negotiations short.

Nonetheless, Syria continues to demand a full return of the Golan Heights. No other country has recognized Israeli claims to the territory until now.

#GolanHeights: France does not recognise the Israeli annexation of 1981. The recognition of Israeli sovereignty over the Golan Heights, an occupied territory, would be contrary to international law.https://t.co/IuWjN3czDR pic.twitter.com/iPooPevLy2

The whole territory is about 40 miles from north to south, and an average of 12 miles from east to west. Despite being roughly the same size as Jacksonville, Florida, the Golan Heights is a strategically valuable high-altitude plateau that overlooks Syria and the Jordan Valley. It is considered militarily significant for both Syria and Israel, and Israel also considers the territory a “buffer-zone” that contributes to its self-defense.

In addition to its military value, the Golan Heights is also a strategic asset due to its water resources and fertile land. The area houses the Jordan River’s drainage basin, Lake Tiberias, the Yarmuk River and underground aquifers. Israel extracts a third of its water from the Golan Heights. In a relatively parched region of the world, control over the Golan’s water supplies is invaluable.

The Golan Heights may also have oil. Exploratory drilling suggests that the territory’s reservoirs could potentially yield billions of barrels. 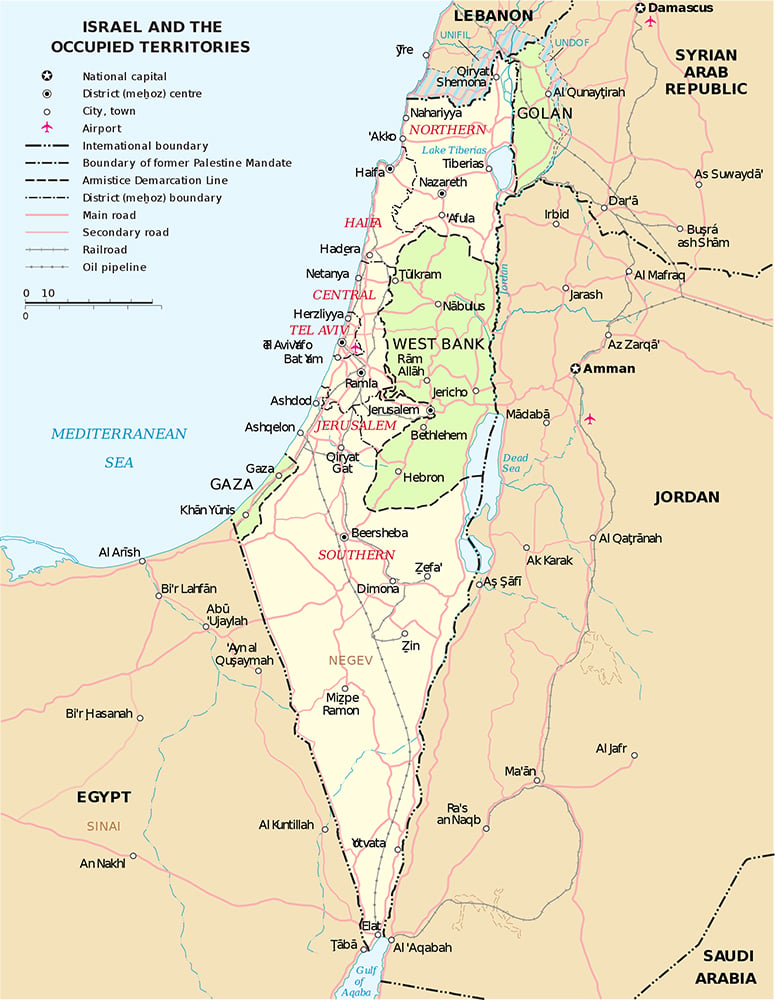 Map of Israel and its neighbors, including occupied territories. Map courtesy of Creative Commons

Trump is popular in Israel, particularly after recognizing Jerusalem as Israel’s capital and relocating the American embassy there from Tel Aviv. Prime Minister Benjamin Netanyahu is currently using the American president’s photos in his re-election campaign posters to take advantage of this.

In fact, some analysts and reporters have suggested that the timing of this announcement was politically calculated to bolster Netanyahu’s campaign in the upcoming Israeli elections on April 9.

At a time when Iran seeks to use Syria as a platform to destroy Israel, President Trump boldly recognizes Israeli sovereignty over the Golan Heights. Thank you President Trump! @realDonaldTrump

I expect that the decision to recognize Israeli sovereignty over the Golan Heights will run into the same difficulties that afflicted the Trump administration’s change in policy with regards to Jerusalem for two reasons.

First, it reverses decades of consistent U.S. policy that demanded any territorial recognition come as a result of direct negotiations, rather than unilateral declarations. Second, it runs counter to international law, which does not recognize Israeli sovereignty over territories occupied during the 1967 War.

To be sure, Trump’s move is a symbolic, rather than legal, gesture. But given the dimensions of America’s global influence, U.S. recognition could lend some legitimacy to Israel’s controversial annexation policy.

And I believe Trump’s approach to contentious issues in the Arab-Israeli conflict will further undermine the U.S. government’s claim to be an honest broker. In my view, it makes peace in the Middle East less likely.

(Dina Badie is an associate professor of politics and international studies at Centre College. The views expressed in this commentary do not necessarily represent those of Religion News Service.)