(RNS) — The Rabbinical Assembly, an international association of Conservative rabbis, has chosen Rabbi Jacob Blumenthal, a pulpit rabbi from Gaithersburg, Md., as its new chief executive.

Blumenthal, 52, who has served his entire career at Shaare Torah, a congregation of about 320 households, will lead the assembly beginning in July.

The Rabbinical Assembly supports its approximately 1,700 member rabbis, most of whom are in North America, with about 10 percent in Israel, Latin America, Australia and South Africa. The group also helps shape the Conservative movement’s programs and practices.

Conservative Judaism is the second largest Jewish denomination in the U.S., with some 570,000 members in its constituent synagogues, though its U.S. footprint has declined over the past decade and now represents only about 18 percent of American Jewry. In Israel, its share is far smaller. About 2 percent of Israeli Jews are members of Masorti synagogues, as the Conservative movement is known there.

Blumenthal succeeds Rabbi Julie Schonfeld, the first woman to lead the organization, who resigned last year after  a decade as chief executive.

“If the goals and desires of an organization can be summed up in the person who leads it, Jacob is it,” said Rabbi Debra Newman Kamin, president of the Rabbinical Assembly’s board of trustees. “He’s a person who cares deeply about Judaism, cares deeply about other people and has a tremendous amount of wisdom.” 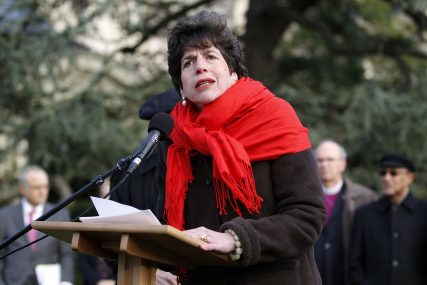 Shaare Torah was a start-up congregation in 1997 when Blumenthal began leading High Holiday services there while still a student at the Jewish Theological Seminary’s rabbinical school. He became the congregation’s rabbi in 1999. He will now work out of the assembly’s office in New York City.

Asked why he wanted to leave the pulpit, Blumenthal said he loves rabbis.

“They’re beautiful people to be around and to spend time with, and the opportunity to help each other be our best selves is really exciting,” he said.

Blumenthal said he would work to implement the Rabbinical Assembly’s new vision statement, which, among other things, calls for making the voices of its rabbis better heard around the world.

“Sometimes we’ll do that through the Rabbinical Assembly itself, and sometimes by strengthening our rabbis’ ability to do their own advocacy,” he said.

Historically, the Conservative movement has represented a midpoint on the spectrum of observance between Orthodox and Reform. Its liturgy is longer and includes more Hebrew than Reform synagogues’ worship services, but the movement ordains women and allows rabbis and synagogues to perform same-sex weddings and hire openly gay or lesbian clergy, though they are not required to. Politically, its members skew liberal and tend to vote Democratic.