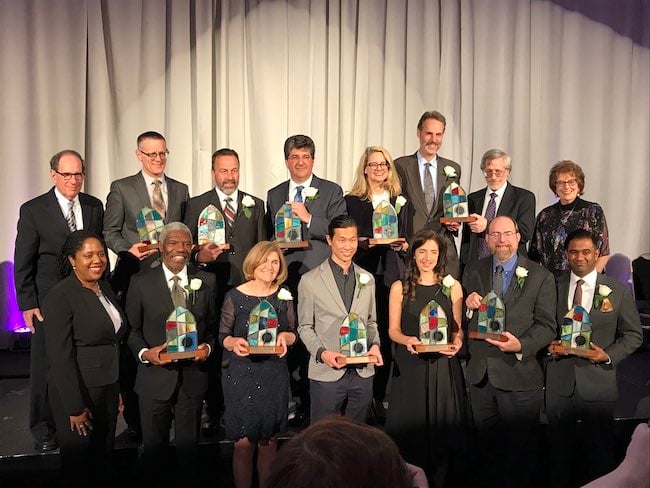 CHICAGO — Wilbur Award winners represent a diverse, but exclusive group of communicators who have thoughtfully brought religious issues and spiritual themes into the public discourse.

Fr. Jim Gardiner, an experienced communicator from the Catholic Church who understands both ancient liturgy and the demands of the digital age, was host for the awards presentation.

Judges comments on “Deconstructing My Religion,” a television documentary from CBS Religion and Culture, noted “this powerful story needs to be told.” This interfaith special examines what happens when people have doubts about the faith tradition in which they grew up and how sharing personal stories can be a way to heal spiritual trauma.

Images and headlines help tell the story of the Pittsburgh Post-Gazette newspaper’s compassionate coverage of the Tree of Life synagogue shootings. The Post-Gazette reported the first moments as traumatized survivors emerged from the synagogue through the following days and weeks as the story continued to show the enormity of the crime.

The story of an Indiana tattoo artist, drug addict, PTSD sufferer and unlikely pastor is told in “Making His Mark,” a profile by WTWO TV in Terre Haute for a local news Wilbur. It is the story of an effective religious leader who owns his struggles and doesn’t fit the mold.

A 12-episode series podcast, “Can These Bones: A Faith & Leadership Podcast,” takes its name from the vision of the valley of dry bones found in Ezekiel 37. It has the goal to provide information and hope to Christian leaders who struggle in their own valley of dry bones.

Other Wilbur winners include Vanity Fair, Texas Observer, Religion in Life, Mitch Albom, Jonathan Merritt of the New York Times and others. See complete list below.