(RNS) — Hospitalized with a serious illness, a 55-year-old lawyer found himself taking stock.

He’d gone to Ivy League schools, supported a beautiful family, ran a prosperous business, bought a second home on the coast. But what had he contributed? What had been the point of it all?

Lying alone in the stillness of the wee hours, he remembered that what he’d really wanted to do was become a teacher.

“So what do you do with that, when you realize a life has been spent in a way that wasn’t the best?” asked Jim Rawlings, who retired recently as head of Duke University Hospital’s pastoral services staff.

“Most people live in such denial that anything can happen to them. It’s one of the times they confront their mortality. And there’s anxiety often,” says Rawlings, who spent more than 30 years as a hospital chaplain.

A common perception of clergy who work in hospitals is that they are there to perform last rites for the terminally ill, or prompt 11th-hour conversions. But chaplaincy has little do to with religion per se. “We try to hear their story,” says Rawlings. “To be able to tell your story is a way to become known and thus become less lonely, and connect with the spirit inside of us.”

While a large hospital will try to provide chaplains who match religious patients’ specific faiths — and possibly a humanist chaplain to cover those who are nonreligious — a chaplain of any faith should be able to minister to any patient.

“We sit with people in the heartbreak of life. It’s about being with them and letting them grieve and share what’s on their hearts,” she explains. “We sometimes talk about the chaplain as a spiritual care specialist” — and that’s relevant whether “spiritual” refers to God, or to secular ideas of connection or significance.

As our medical system grows more fast-paced, impersonal and complex, the hospital or health care chaplain’s role has been growing. Many patients need help deciphering the best next steps. Practitioners, burned out by the same system, often benefit from working with chaplains. 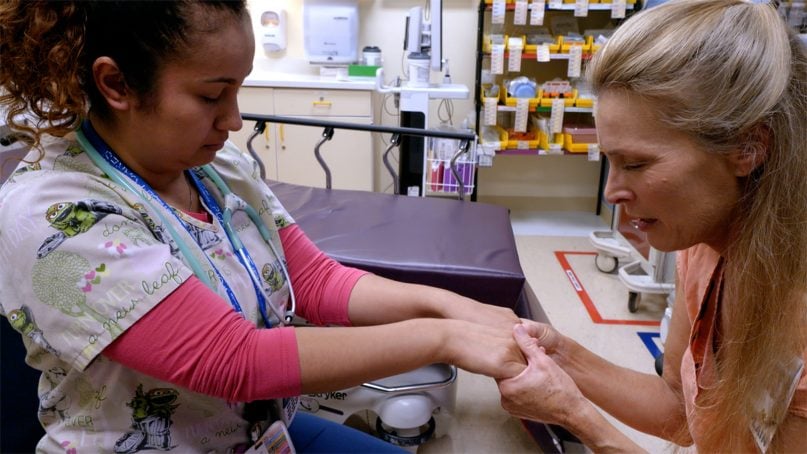 A hospital chaplain prays with a nurse in a scene from “Your Health: A Sacred Matter.” Photo courtesy of Auteur Productions

The profession, which began in its modern form in the early 1900s, has swelled since the 1990s. Today there are more than 10,000 health care chaplains in the United States, most with master’s degrees, rigorous hands-on training and board certification. Almost two-thirds of the country’s hospitals make chaplains available.

With American society becoming increasingly disconnected and less religious, chaplains’ role has become particularly important. “A lot of people (in the U.S.) don’t have community. We don’t live in neighborhoods our whole lives where people know us; we don’t have those places of worship where we’re known. Nobody brings a casserole” when sickness descends, says Strano. As a result, “when there’s a crisis, there isn’t that community to turn to; there isn’t someone who’s there as that counselor.” And there haven’t necessarily been those discussions about the point of life or what might happen after death.

Despite their growing numbers, chaplains have less time to spend with patients. Thirty years ago, hospital stays were longer and chaplains could visit with nearly everyone who came through. These days, they’re encouraged to focus largely on the sickest patients.

The biggest change, however, is the shift seen across all health care professions, from volume-based to value-based care. In the past 10 to 15 years, medical professionals have stopped simply billing for services rendered; they have to show that those services led to positive outcomes.

Chaplains, too, are increasingly being rated by a wide range of measures: better outcomes, lower costs and higher patient satisfaction.

Ultimately, “those who don’t demonstrate value will not be funded,” says George Handzo, director of health services research and quality at the Healthcare Chaplaincy Network, one of the field’s big organizations. Hospital chaplains’ services aren’t covered by insurance. So while they’re very cheap by health care standards, a penny-pinching hospital administrator might very well zero them out if she doesn’t understand what they contribute. 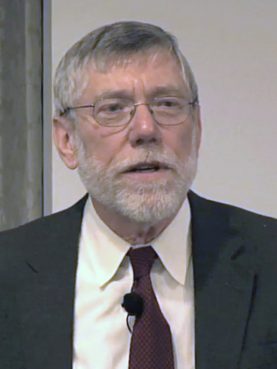 The problem is, hard data illustrating the results of chaplains’ visits is difficult to come by. “We’ve never been focused on outcomes,” explains Handzo. “We’ve been largely anti-outcomes. ‘We don’t have an agenda,’ you’ll hear chaplains say.” Chaplains have prided themselves on meeting patients where they are, rather than pushing for anything specific.

Handzo recalls a visit to a hospital administrator a few years ago who wanted to talk about chaplains’ contributions. “So I went in with all my numbers about cost per visit over thousands of visits,” remembers Handzo. “And she said something like, ‘Oh George, these numbers are really impressive, but tell me: What difference has this made to my patients?’ And I had no idea how to demonstrate that.”

Discussions with chaplains may very well result in families declining complicated and expensive interventions for loved ones near the end of life. A sick person who feels at peace might heal more quickly. And patients and their families who get help in talking about their concerns will likely feel more satisfied with their overall hospital experience. These are all critical indicators in today’s health care environment.

But there’s been very little monitoring of those results. Chaplains themselves have simply taken it on faith that their efforts benefit patients.

Which isn’t to say there’s no data out there. A 2013 study by Harvard researchers illustrated that patients whose spiritual needs have been met have chosen less aggressive care. A 2015 Mount Sinai paper showed that chaplain visits boost patient satisfaction.

George Fitchett, a professor at Rush University, is one of the only chaplains with a Ph.D. who is conducting research on chaplains’ effectiveness.

“Our health care colleagues have no training to help them understand who we are and what we do,” says Fitchett. “In an environment where the lingua franca is research, we need to be able to demonstrate what we contribute.”

That begins, he says, with careful charting and evaluations by chaplains. 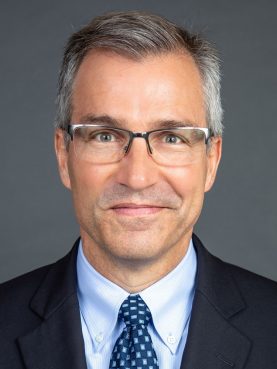 Some chaplains are pushing back on the move toward data-driven standardization. “It feels like it cuts to the very core of the practice,” says Trace Haythorn, executive director of ACPE, the main organization for accrediting spiritual care education programs. Chaplains worry that maintaining a compassionate, nonjudgmental presence will be clinicalized into a set of prescribed behaviors.

Another, more welcome change is that chaplains, as they are integrated into care teams, find themselves spending more time supporting the hospital staff, helping nurses and doctors who struggle with stress and burnout.

As practitioners see how chaplains work, too, some are becoming interested in employing chaplains’ techniques. “Doctors are saying, ‘I want to listen deeply to the patient, too,’” says Christina Puchalski, director of George Washington University’s Institute for Spirituality and Health in Washington, D.C., and a longtime leader in uniting chaplains and practitioners. “Clinicians and nurses are beginning to recognize the importance of things not so deeply measured.”

As their work gains in credibility with other health care professionals, chaplaincy may follow the path of palliative care. A decade ago, the notion of managing the symptoms of patients with serious illnesses was considered fringy. Since then, the field has grown hugely, and these days it’s frequently covered by insurance.

Some observers believe that the day chaplaincy is covered by insurance isn’t far off. Blue Shield of California already pays for some chaplains in its home-based palliative care programs, and Torrie Fields, the senior manager for advanced illness and palliative care at the company, envisions that coverage continuing to grow.

“I see a very clear movement towards chaplains being involved in improving patient outcomes,” particularly in cases of life-threatening illness, says Fields. She imagines chaplains eventually serving as the leaders of multidisciplinary medical teams, all covered by insurance.

“I think they’re able to see the big picture,” says Fields, who herself experienced chaplains’ transformative power when she was ill with cancer.

Fields doesn’t necessarily think research needs to meet the gold standard of randomized, controlled trials in order to demonstrate chaplains’ value. “Maybe there’s been too much of an emphasis on measuring them, fitting them into a box,” says Fields. “If we put chaplains through that level of rigor, they’ll be limited in doing what actually brings support.”

Meanwhile, health care chaplains and their fans are excited to see the field gradually growing into adulthood after a long period of adolescence. Society, they say, needs it.

“So much of our public discourse is oppositional, rather than listening deeply for the core of who you are as a person,” says Haythorn. “The very best chaplains help people go to those deep places where very little in this culture is allowed to go safely. The biggest and most important questions in life are often asked in moments like that.”

This story was changed to correct the description of ACPE. It is the main organization for accrediting spiritual care education programs, not only for chaplains.