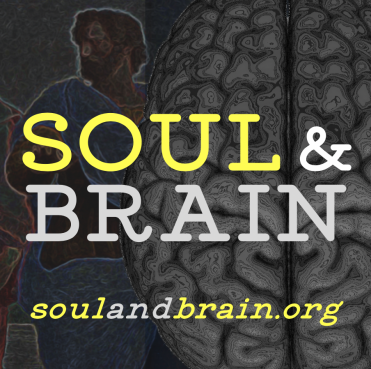 BOSTON, Mass. — For millennia people have wondered, made faith claims, and risked their lives in witness to what they hoped was true: namely, that there is more to human beings than a physical body.And now, an ivy league neuroscientist has found evidence indicating that some of these ancient philosophers and theologians were, in fact, correct.

Michael A. Ferguson, Ph.D. says: “In 2017 when my colleagues and I published an architectural decomposition of the human brain’s functional patterns, none of us knew the astounding correlations that would emerge from one of the most unexpected of places: namely, from Aristotle’s philosophy of the human soul.

“Aristotle identifies sensory faculties in the human soul giving rise to memory and imagination, which give rise to intellective faculties, which in turn exercise top-down control on appetitive faculties. The precise one-to-one correlations between our set of connectome components and Aristotle’s set of soul faculties struck me like a lightning bolt. The Philosopher’s model of a sensitive to imaginative to intellective functional axis is exactly what we had seen in our neurobiological solution of primary sensory network, default mode network, and intelligence network configurations. I couldn’t help but ask, what else did he get right?”

Dr. Ferguson will present his findings at a one-of-its-kind event at The Joseph B. Martin Conference Center at Harvard Medical School on August 3, 2019, with a team of experts from academic trainings that span medicine, neuroscience, and philosophy. They are engaging in an exciting initiative under the banner heading of “Soul & Brain” (soulandbrain.org) that is undertaking to chart the convergences between philosophy of soul and neuroscience in a rigorously interdisciplinary manner.

Dr. Ferguson and his colleagues are optimistic that they are just at the beginning point of what may prove to be a fruitful research agenda. Ferguson specifies, “My hypothesis is that principles of transcendental realism — beauty, justice, truth, goodness — are not merely sea foam floating on top of the sea, but are in fact sources of the lunar gravity, as it were, that cause the waves and the tides themselves. If this is indeed the case, i.e., that transcendental principles exert a sort of evolutionary gravity that is expressed in the form and function of our human neurophysiology, then the human organism may justifiably be identified as a spiritually-ensouled species.”

For more information about Soul & Brian Live or to schedule an interview with Dr. Michael A. Ferguson, please visit soulandbrain.org or call 801-452-3674.