The Church of Jesus Christ of Latter-day Saints appears to be considering a new policy that would call for children ages 8 to 11 to have regular “interviews” with a member of the bishopric, like older youth and adults do.

The church’s internal research division has sent a survey to some rank-and-file members to assess their feelings about the potential change:

I received some of the screenshots below from a reader who contacted me directly, and some from a person in a discussion group I am part of, who gave me permission to share them anonymously. Both recipients of the survey were deeply concerned about the proposed changes and urged the Church not to move forward with them.

I’m inclined to agree. Priesthood “worthiness interviews” in which teenagers are alone in a room with a middle-aged man to talk about, among other things, their sex lives (!) can be highly problematic. I’ve criticized that practice here in the column, and others have raised questions about it, most poignantly in a 2018 episode of the radio program This American Life.

To read: “When I was a young girl, my Mormon bishop asked me about my panties during a temple recommend interview”

To think of expanding that practice to interview children of even younger ages seems a step in the wrong direction. (And hello. Mormons believe that children under the age of eight are not accountable for their sins. Are we now planning to teach that the minute they reach that magical birthday, they need to start dwelling on sin?) While I’m glad to see that the Church is entertaining fresh ideas of how such a policy might be implemented—in particular, that it could be done by the women in the Primary presidency—I can’t imagine why the Church would need such a policy.

Don’t get me wrong: spiritual accountability is an important value in any religious community. I for one am glad that as an adult I have regular opportunities to be accountable to my bishop, such as in a temple recommend interview or a tithing settlement. This is not, however, the way we teach accountability to an eight-year-old.

I’ll close with a sampling of some of the screenshots. 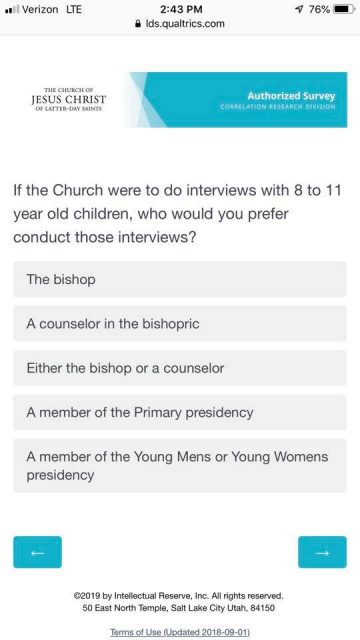 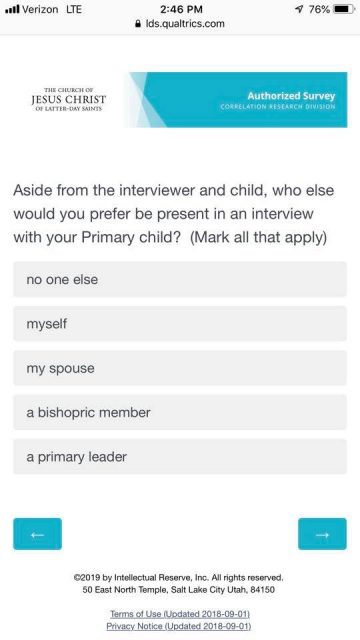 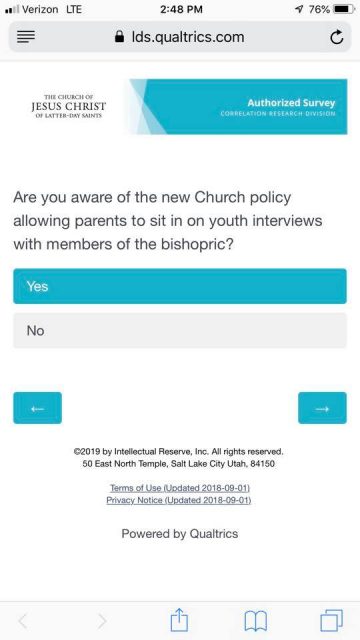 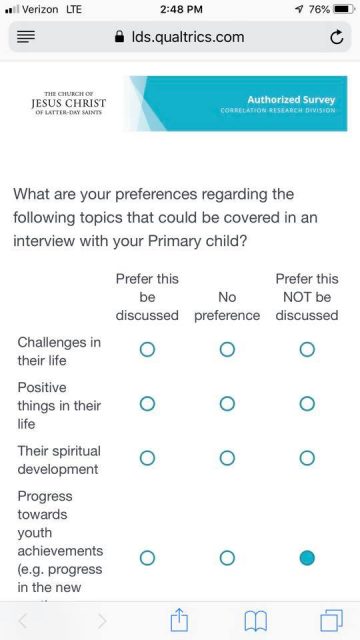 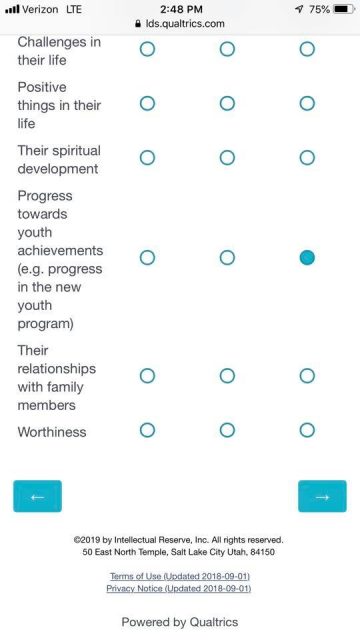 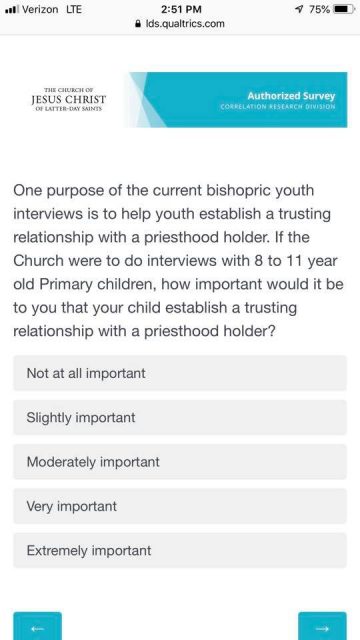 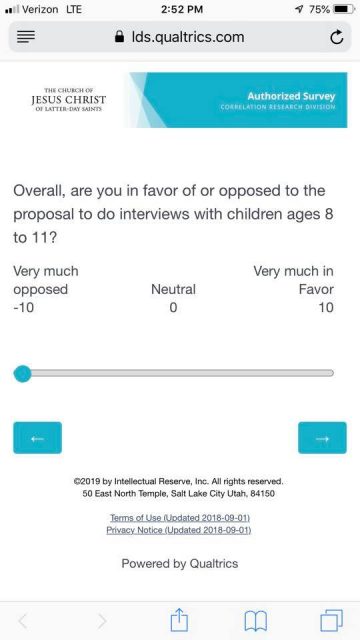